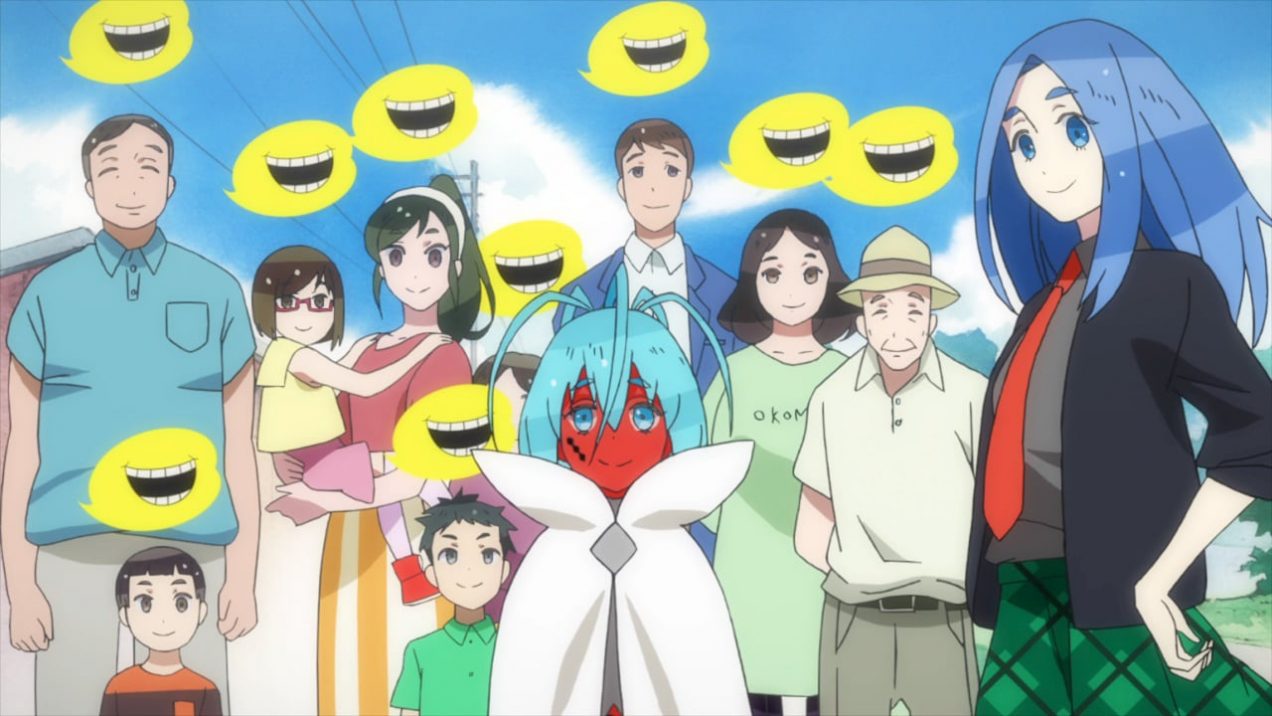 The Gatchaman are back, and the fight is more insidious than ever…

A year after the UK release of Gatchaman Crowds, the second season, Insight, hits the market.

We had left our band of heroes with a mostly peaceful world, Galax / X helping to run the country by direct democracy, and Berg Katze safely locked in Hajime’s mind.

But such a nice state of affairs can’t continue for very long! The alien Gelsadra lands, and is greeted by the Gatchaman who declare he’s not a threat. JJ shows up and recruits MISUDACHI Tsubasa into the team. Elsewhere, a group calling themselves VAPE is using the Crowds to terrorise the population.

As with the first season, our heroes are faced with complex situations and no perfect solution. How much power can we delegate to our elected representatives, before we slide into a dictatorship, however well-meaning? Mass media have the power to influence public opinion, how do we hold them responsible? It’s nice when we all agree, but how do we avoid falling into complacency and inaction?

Hajime and Katze are once again carrying the show, somewhat mirrored by Tsubasa and Gelsadra. Whereas Hajime is confident, but somewhat slow in her decisions, Tsubasa is shy and unsure of herself, but often decides quickly. Katze is well-known as a force of chaos, and in contrast Gelsadra presents himself as an agent of order. As Hajime and the gang will discover, all of these aspects have pros and cons, and finding the right balance is not something that a small group of heroes can do on their own.

Overall this season feels less action-oriented, and more focused on the sociopolitical message. Some of the metaphors are maybe a bit too heavy-handed. And the more queer aspects of Rui, O.D. and Katze are much less prominent than in the first season. It’s still a very good and thought-provoking story, and if you liked Gatchaman Crowds, you will almost certainly enjoy Insight.

Broadcast in Japan between June 5th and September 27th 2015. Gatchaman Crowds Insight is released by Manga UK on May 15th 2017.