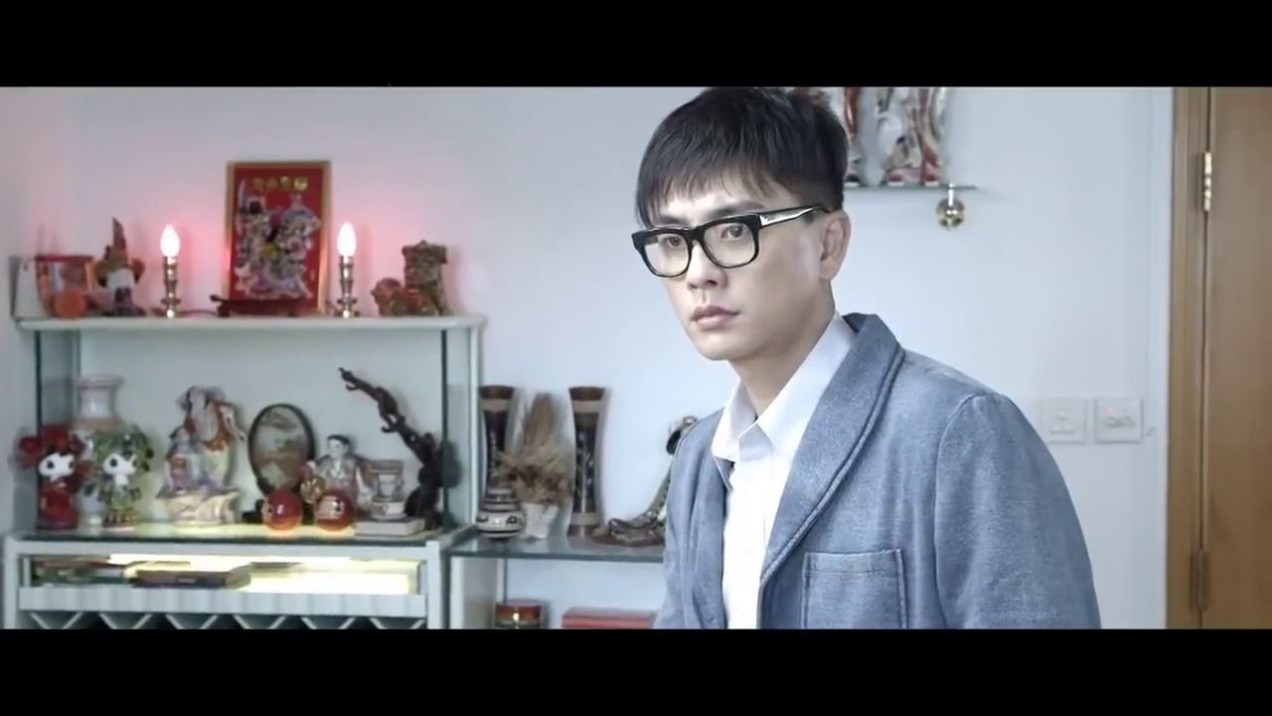 Life lessons, love and money in this rags to riches Hong Kong drama…

Wong plays Ho Ching himself, the film opening with him as a financially struggling young man, who falls on hard times after getting unfairly fired from his job and splitting up with his girlfriend Elna (Stephy Tang), who he’s convinced is cheating on him with a richer man. Determined to make his mark, he goes against the wishes of his ex-cop father (Liu Kai Chi) and gets a job working for Michael Tse’s dodgy gold speculation firm, following in the footsteps of his wayward younger brother Yong (William Chan), recently released from prison. Though his new career gets off to a rocky start, the money is soon rolling in, though complications ensue, and his burgeoning relationship with a troubled single mother called On Yi (Zhao Rong) makes him reconsider his morally dubious path.

It’s an inherently familiar plot to be sure, and indeed Golden Brother is nothing if not predictable, following the usual narrative and character arc pretty much to the letter throughout. In its favour, the film does have a lot going on, Chung Shu Kai making sure that it covers all possible bases and packing in a variety of subplots into its fairly short running time, making it feel almost like a highly-condensed version of a television series. Though clichéd the film does hold the interest as a result, in a modest way at least, and Ho Ching’s personal journey is an enjoyable one, ringing reasonably true. This is in part due to the fact that he’s genuinely not that nice a guy at the start of the film, despite his belief otherwise, and his relationships and problems with his parents, Elna and On Yi are effectively mined for lessons on his road to finally becoming more of a man. While its moralising and philosophy are undeniably insubstantial and are hammered home by Chung far more than is necessary, as a film with a message it doesn’t do too badly, and generally comes across as well-meaning rather than cynically preachy.

Though Chung’s direction is very TV-like, without much in the way of flair or creativity, he does keep the film moving along at a good pace and handles things competently enough. More importantly, he manages to get solid performances from his cast, who are after all the main selling point here, and Bosco Wong, onscreen for almost the entire running time, does a decent job in the lead role, making Sit Ho Ching a believable and engaging protagonist for all his flaws. The rest of the cast are similarly fine, and though their roles aren’t exactly multi-layered, Stephy Tang, Zhao Rong and the others all do their bit, helping Ho Ching along his quest for self-discovery. Chung wrings a certain amount of tension from the central romantic question as to whether he’ll end up with Elna or On Yi, and this helps the film to keep the viewer involved through to its conclusion, even it doesn’t ever get particularly emotional.

There’s enough here to make Golden Brother entertaining, if disposable viewing, and it should please fans of the cast or anyone looking for a pleasant time-passer. Though scarcely innovative and lacking in cinematic polish, it ticks most of the right boxes, and as a TV movie of the week type production audiences could certainly do worse.

Golden Brother is available on Hong Kong DVD and Blu Ray through YesAsia.