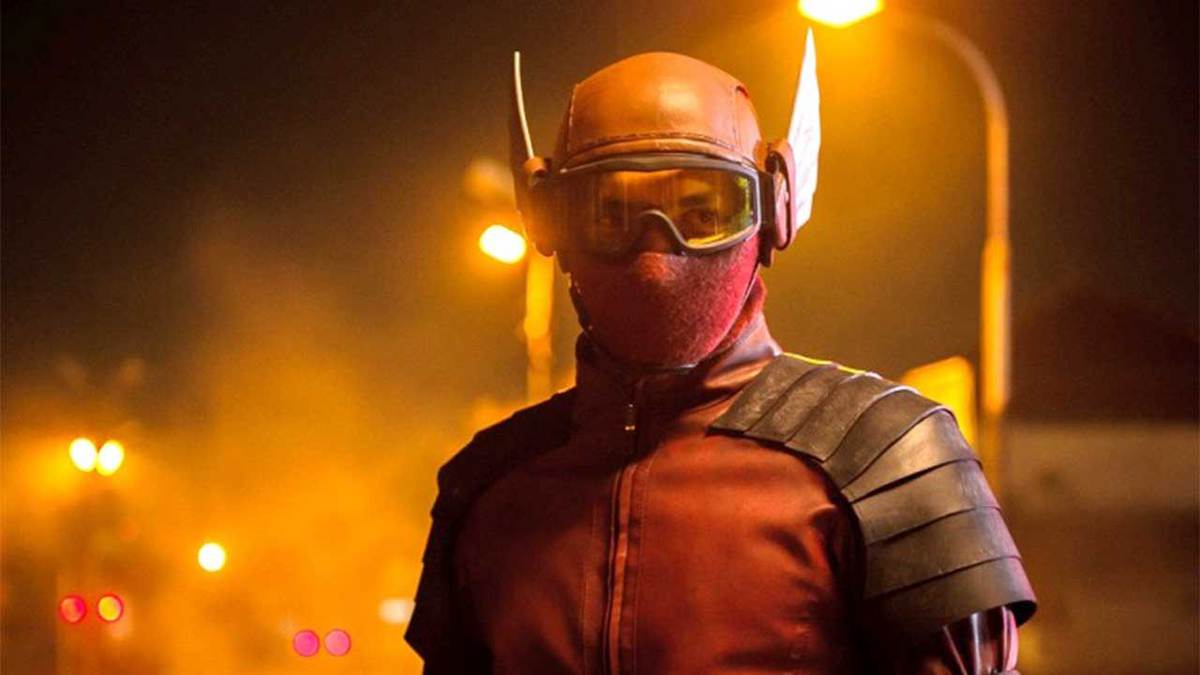 Not many filmmakers are faced with the task of initiating and developing a franchise based on the homegrown superhero universe. Joko Anwar himself admitted that crafting the script for the first episode of the Bumilangit Cinematic Universe franchise was so far the biggest challenge in his career. In contrast to the large group of scriptwriters working on Hollywood superhero production, Anwar was alone dealing with the exposition of multiple characters and subplots as well as adapting 1969 comic book story to fit the sensitivity of the contemporary audience. Gundala lives up to the narrative requirements of the genre, combining retro feel with relevant social and political context. Moreover, it is deeply grounded in Javanese culture and mythology as well as connected to Anwar’s previous directorial works. It is not just another superhero film: brainwashing fast-cut editing, smartass jokes and pseudo-intellectual rambles are fortunately decreased to a minimum, showing that the genre still has some life in it.

Gundala is the first film in a planned initial cycle of eight scheduled to conclude in 2025. It centres around Sancaka, a security guard working at Djakarta Times printing factory. His origin story is deeply grounded in the working-class realities. When Sancaka was a small child his father was killed in the labour strike. Then his mother decided to go work in the city to make ends meet, promising to come back to get him as soon as possible. Separated from his parents, Sancaka was trying to survive living on the streets of Jakarta. He soon learned that compassion brings trouble and the best way is to learn how to fight and mind one’s own business. However, the conscience never left him and his dormant powers are soon to be awakened.

Bumilangit Cinematic Universe emerged in a series of comic books created by Yongyakarta-based artist Hasmi between 1969 and early 1990s. Gundala follows a recognizable pattern of superhero origin story, including elements such as experiencing loss and separation from loved ones, issue of social and economic inequality, failures of political system, injustice and widespread crime, disfigured nemesis, suffering of the common people that even if united cannot win against the overwhelming structures of power. Key element in the construction of the superhero in Gundala is that Sancaka is suspicious of wealth and consciously renounces privilege at an early age. Having the opportunity to be adopted by a rich couple and receive a great education, he chooses to continue living on the streets as if he already knows that in Indonesia great wealth is often connected to corruption and exploitation of others. He is an antithesis of the orphans trained by Pengkor, a disfigured mafia boss controlling the politicians and Jakarta’s underworld. Whereas they chose to give up their freedom in return for a good education and stable career, Sancaka is a Do It Yourself individual, as is his costume. The clash between Sancaka and Pengkor reflects class conflict, the hero being a factory worker’s son while the villain comes from the family of plantation owners killed in the fire orchestrated by exploited labourers. Both scarred for life, they often refer to themselves as “the people”. They assume the position of representatives, the embodiments of the frustration felt among the commoners, sentiment expressed in two extremely different ways. This allusion to the spirit of Indonesian people reflects Bumilangit Cinematic Universe close connection to Javanese legends and rich local mythology. In Gundala the topic is only indicated through a subplot that will surely be developed in future episodes.

The history of pre-colonial Indonesia had fascinated Joko Anwar at least since Dead Time: Kala (2007), in which the kings of Nusantara strangely influence the contemporary world through dreams and visions of the main characters. However, it is ancient Javanese language and culture that kept preoccupying Anwar’s mind in his consequent films: Satan’s Slaves (2017), Impetigore (2019) and Gundala. The mystery hidden behind the old language and its script bears promise of uncovering the past dating before the religious and ethnic conflicts, years of colonial exploitation, entrapment in the alliances and unending consequences of the Cold War. The comic book original, Gundala Putera Petir (Gundala, the Son of Thunder), was first published in 1969 in the times of the tumultuous transition of power from progressive Sukarno to nationalist Suharto preceded by a horrifying anti-communist purge. Ghazul, the veiled archnemesis, points out that in Indonesia nobody goes to museums even though the image of the past presented in the exhibitions is more honest than the one in history books. It becomes a bitter allusion to falsifying the historic facts during the New Order period (1966-1998), consequent loss of sense of continuity, interest in history and critical attitude towards official narrative. In Gundala the powerful quality and magic function of Javanese language might bring the unyielding justice to the society and uncover hidden truth, referred to by Ghazul as “mankind’s most dangerous enemy”.

Gundala explores the themes of apocalyptic loss of morality and twisted eugenics that most definitely resonated in late 1960s, but also find reflection in contemporary times when people in Indonesia are most anxious about the future of their children. It connects Gundala to previous Joko Anwar’s films which revolve around a shared topic: the horror of childbirth. Curse in both Satan’s Slaves and Impetigore, as well as contamination in Gundala, explore the uncertainty and transgression embedded in the process, but not only biological. Pregnancy and childbirth become a tool of political manipulation and social control, drawing a parallel between the corruption of the government and disfigured bodies or degenerated minds of the newborn babies. The future is doomed if the status quo continues.

Regardless of the similarities to American superhero tales, Gundala is nothing like any story found in the Marvel or DC universe. A large amount of subplots often feels overwhelming but they anticipate the story driven by different rules, reflected even in the fact that in the film the end of the world means losing the ability to differentiate good from evil. It reorients the story from the cult of individuality or outstanding collectives and returns it to the people. The only thing left to do is to await another episode.

Gundala screens as part of the CinemAsia Film Festival 2020.