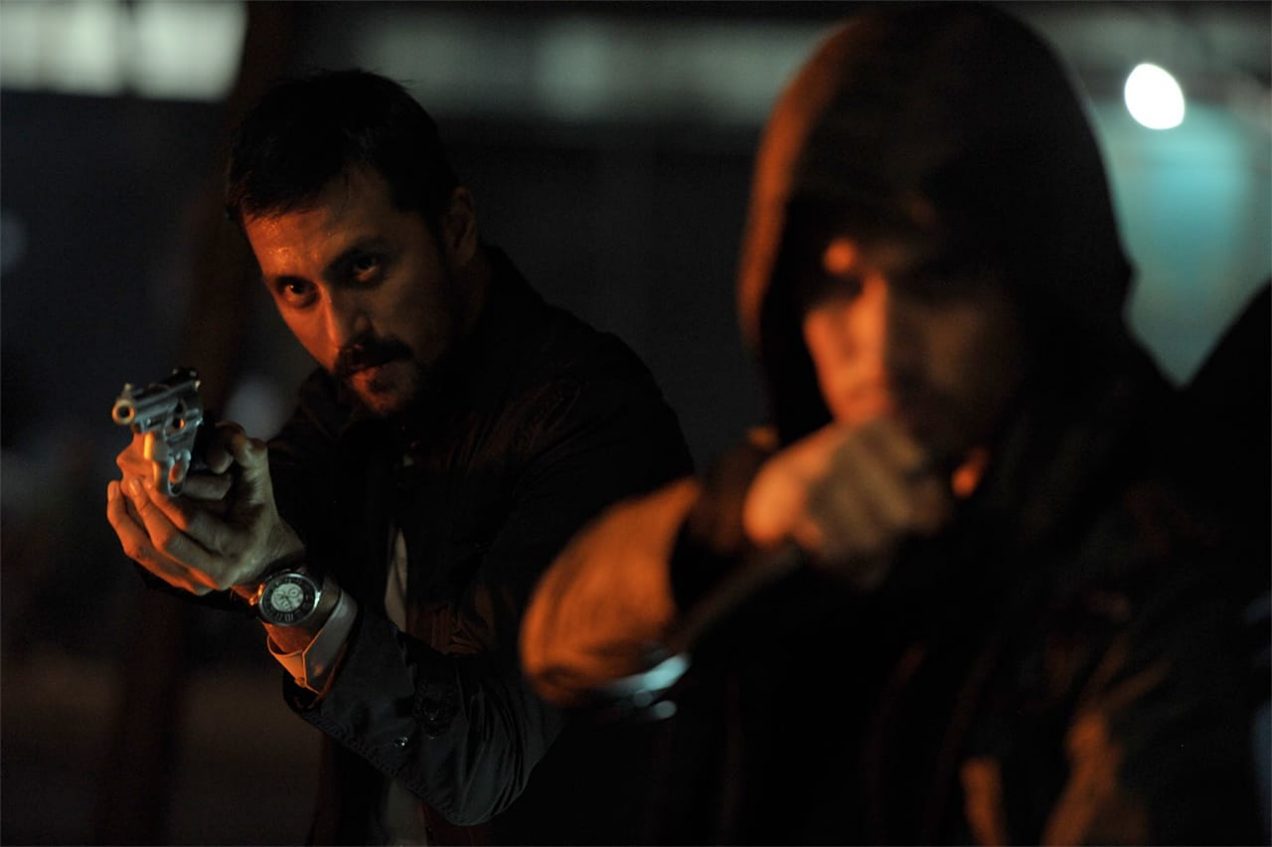 Halfworlds is an 8 part miniseries (30 mins an episode) that tells the story of a turning point in the relationship between humanity, and the creatures of Indonesian/Malay mythology, collectively known as Demit. A once-in-an-era event is happening, where one of the Demit is to be bestowed something known as The Gift, the actual contents of which are left unsaid, but it is enough to create a civil war among the Demit. Orphaned street artist Sarah (Salvita Decorte), is troubled by visions of the fantastical, and she attracts the attention of the Demit, who now where the facades of everyday humans. Sarah, her musician boyfriend Coki (Singaporean pop star Nathan Hartono) and best friend Pinung (Aimee Saras) are unwillingly thrust into the escalating conflict. Manipulating the situation is Police Chief Juragan (Ario Bayu, The Forbidden Door). What part does Sarah have to play in this battle? And who will receive The Gift?

Halfworlds has the provenance and ingredients to be something rather special. An 8 part miniseries funded by HBO Asia. It is put in the hands of Indonesia’s brightest star in genre film-making, Joko Anwar (Kala, The Forbidden Door, Modus Anomali). It draws upon probably the strongest collection of creatures in Asian folklore – names like Pontianak/Kuntilanak, Palasik, Yuyul and Gendurowo will be familiar to those of us who enjoy Horror films from the region. An attractive Indo/Malay cast with a good mix of experience and newcomers. Each episode opens with a visually interesting semi-animated sequence from comic-book artist Chris Lie that gives history of Demit and Human interaction over the ages. It has a gritty and modern visual aesthetic showcasing the backstreet culture of urban Jakarta.

So why doesn’t it work?

Well mostly because the series suffers badly in terms of pacing. In modern TV, 30 minute episodes have become rare, with writers getting lots of time to move plots forward slowly, encouraging longer character interactions, which can hide a flimsy plot. Sadly, for Halfworlds, it never gets going in any of the first 6 episodes to build up any kind of momentum in the overarching story, nor any depth in our characters. And in Sarah and Coki, we have a couple of leads that are unendearingly bland. Pinung shows a little bit of promise, but she’s eventually sidelined. Some of the Demit fortunately are far more interesting with Reza Rahadian lighting up the screen especially well. Things do speed up in the final two episodes, but by then I had really lost interest. And after 6 episodes of wheel-spinning, to have the real conclusion semi-narrated by an additional animated sequence felt a dreadful cop-out.

The problem really is that the whole plot is fairly hackneyed – Immortal creatures battling for some kind of powerful and undefined prize… Highlander anyone? The actual Gift itself is both undefined and the effects of the previous award are described inconsistently between the episodes. On the whole character interactions result in people glaring at each other menacingly, talking without really saying anything, and sometimes having sex. And don’t get too attached to anyone, as they are likely to be killed off two minutes after being introduced. It doesn’t help that two characters look so similar I didn’t realise they were separate people until one was suddenly shuffled off this mortal coil.

Even more disappointing are the little gems that really deserve being explored in much more depth. One Demit has married a human, and the demands of an immortal married to a mortal are raised about 3 minutes before it becomes a non-issue. Another gets a little more time – robbed of her child by Juragan so he can control her, she adopts a blind human child – the reason being that the blind girl won’t notice her mother ever ages. Reza Rahadian’s character might start off as little more than a supernatural Bonnie and Clyde with his female partner, but eventually the tragedy of their love is laid bare. All these are great moments, and worthy of being explored over the 8 episodes, but they are almost mentioned as footnotes.

Sadly, Halfworlds is much less than the sum of its parts, and eventually becomes a complete chore to see through to the end. A second season, now shifted to Thailand without Anwar at the helm, isn’t a particularly anticipated experience – even with Yanin Vismitananda amongst the cast.

Both seasons of Halfworlds are available to stream on Shudder.

One thought on “Halfworlds: Season One”