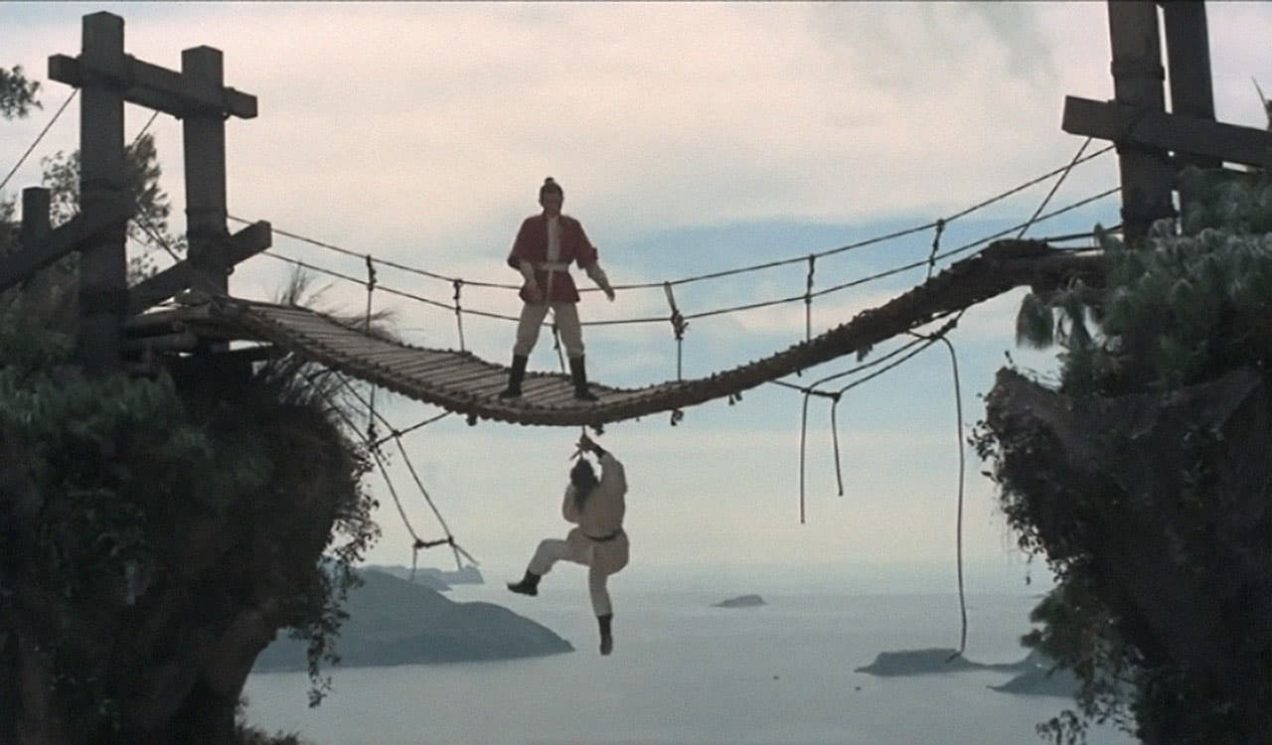 Does Shaw Brothers production Heads for Sale have their best title ever? Quite possibly, though the film should primarily be of interest to martial arts fans as an early effort from King Boxer director Jeong Chang-hwa (here also credited by some sources as Cheng Chang-ho), which was originally released back in 1970, starring actress Lisa Chiao Chiao a few years after she had hit the big time in Chang Cheh’s classic The One-Armed Swordsman. Here, Jeong gives Chiao Chiao a rather different and considerably more action-packed role as a wandering swordswoman, who as the title rightly suggests gets into plenty of bloody scrapes which have a tendency to result in her enemies being rather lacking in the head department.

The plot follows her as Bilian, the daughter of a reformed robber who has a dreadful time finding a husband as a result of her family’s shady past. Sadly, even when true love seems within her grasp as the noble hero Luo takes a liking to her, a misunderstanding sends her after him with a sword and murderous intent. After he fakes injury to spare her feelings, she goes off wandering the countryside in the usual wuxia style, righting wrongs and punishing the guilty, usually with cold hard steel. Luo follows her, and saves her skin on a couple of occasions, though in doing so attracts the attentions of Huang Lun, an old enemy with a big scar on his face, who hires a corrupt magistrate to have him tortured and falsely imprisoned. Realising that old Luo isn’t such a bad fellow after all, Bilian does her best to free him in the obvious, logical manner – by cutting off heads.

Probably the most important thing which needs to be confirmed about Heads for Sale is that the title is not just a wacky English translation, and that there actually is a scene in which Bilian strides proudly through the market place waving around a severed noggin and offering it for sale – in this case with the cunning plan of framing a perfectly well-behaved doctor so that he can be sent to jail where he can treat poor Luo for this injuries. It’s hard not to admire this kind of psychotic logic, and Bilian is certainly a spirited, if somewhat obtuse and stubborn heroine, whose quickness to resort to violence makes up for the fact that like so many of the Shaw Brothers’ female protagonists she spends half of the film being randomly mistaken for a man. Chiao Chiao, who also worked with studio legend Chang Cheh on The Twelve Gold Medallions, The Trail of The Broken Blade and other films, is likeable and energetic in the role, and shows why she was one of the studio’s more popular actresses of the time.

The film does take a while to get going, and Cheng spends the first half mainly fleshing out the characters, something which really helps later on in the proceedings as providing a motivation for Bilian’s bloody crusade. The relationship which develops between her and Luo is surprisingly touching, even if it does result in her behaviour switching alarmingly between being homicidally enraged and demurely vulnerable. Of course, having a believable emotional core is by no means a prerequisite for a martial arts film, though it is a welcome inclusion, and is likely to have the viewer rooting for Bilian even more as she tries to save her man.

As the film progresses, Cheng packs in plenty of action, most of which is well-staged and exciting, from the inevitable inn wrecking brawl through to the thrilling final rope bridge duel. It helps that Huang Lun is backed by a colourful bunch of thugs, each with their own wacky gimmicks and odd powers, something which gives the film an entertainingly manic edge, even if they are for the most part mere sword fodder. Although the film is not one of Cheng’s most violent efforts, never quite living up to the gory promise of the title, a fair amount of blood is sprayed into the air, and there are a few spectacular decapitations and scenes of limb hacking.

Whilst there is not denying that Heads for Sale is definitely one of Cheng’s minor efforts, and never hits the heights of King Boxer, it still stands as a highly enjoyable slice of old fashioned martial arts action which will certainly entertain all fans of the form.