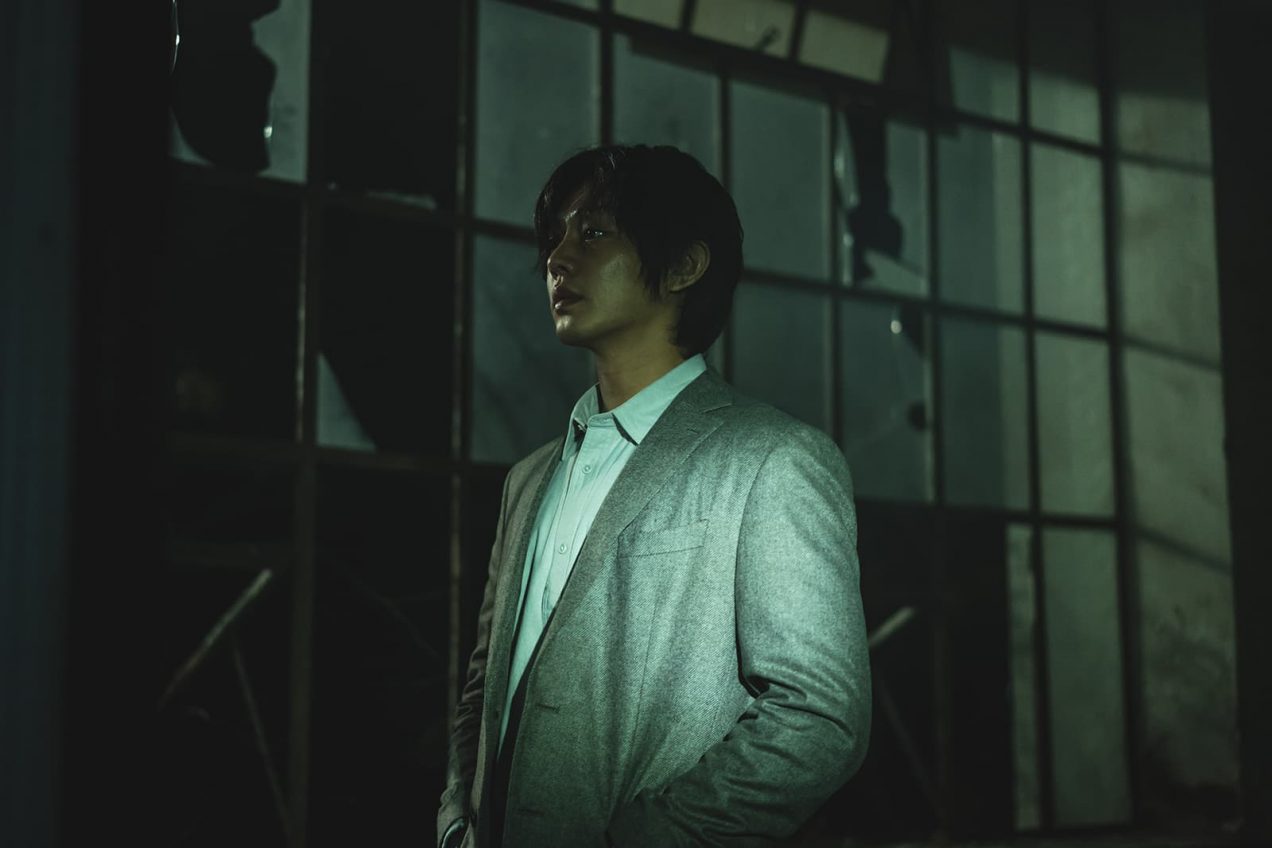 Will Train to Busan director Yeon Sang-ho’s new streaming horror series be the next Squid Game?…

Could Hellbound be coming at a better time? While mainstream news channels still find so-called ‘column inches’ in the phenonium of Squid Game, the writer/director of the Train To Busan films, Yeon Sang-ho, is bringing a new horror series to Netflix. An adaption of his own webtoon with Songgot illustrator Choi Gyu-Seok (itself an expansion on Yeon’s early animated shorts The Hell from 2003 and The Hell: Two Kinds of Life from 2006), making it one of an increasing number to make that transition, including the likes of Kingdom and Sweet Home. Part apocalyptic horror, part police procedural, it stars Yoo Ah-in (Burning, #Alive), Yang Ik-june (Breathless, A Quiet Dream) and Kim Hyun-joo (Undercover, The Miracle We Met). It premiered at the 2021 Toronto International Film Festival, the first Korean series to do so, screening at several international festivals, including the BFI London Film Festival 2021 and Busan International Film Festival 2021, before debuting on Netflix globally on 19 November.

Yang Ik-june plays crusty detective Jin Kyeong-hoon, investigating a bizarre murder that saw its victim ripped to shreds by three supernatural, massively powerful beings who then burnt his body with such intense heat it’s no longer recognised as organic. Jeong Jin-soo (Yoo Ah-in, with foppish hair), the charismatic leader of a new cult religion the New Truth Society, claims these beings are sent by God to punish sinners. Jin recognises just how evil mankind can be, a single parent living with his teenage daughter Hee-jeong (Lee Re, Hope aka Wish, Train to Busan Presents: Peninsula) since his wife was murdered, the killer having been released early due to drug-induced diminished responsibility.

But when a single mother (Kim Shin-rok, The Cursed, Burning) is visited by an ‘angel’ sentencing her to hell, it’s hard to see exactly what she could have done that would deserve such a fate. Min Hye-jin (Kim Hyun-joo) gets involved as a lawyer who questions the New Truth and its motivations. It soon becomes apparent that there is much more to this group that meets the eye, but as Korean society begins to fall into mob hysteria, will anyone listen?

Having made his name as the director of such dark animations as The King Of Pigs and The Fake – both of which included voice acting by old friend Yang Ik-june – Yeon Sang-ho’s star continues to rise in Korea. It was the high-speed zombie film Train To Busan, his live-action debut, that made his name internationally. His work includes screenwriting TV series The Cursed, which included a breakout film version The Cursed: Dead Man’s Prey, as well as his take on the superhero genre Psychokinesis. While the latter met with a mixed response, even after a global release on Netflix – which probably led to Yeon’s return to the world of Train to Busan with Peninsula) – his popularity in Korea has continued with various mooted future projects including a live-action version of The King Of Pigs and science fiction drama, currently titled Jung Yi.

With inspiration from the original Jiok/The Hell films, it’s perhaps no surprise to find Hellbound returning to the darker side of humanity as seen in his earlier work. His last truly typical film of this approach being Seoul Station, somehow his live-action films seem far more muted in tone. Here Yeon and co-creator/screenwriter Choi Kyu-Seok’s comment is less on religion than it is mass righteousness, acting out mob violence in the name of ‘morality’. The modern, social network angle is hardly left untouched, as an often-hilarious online shock jock presents a radical view of the New Truth’s work, complete with online ads popping up on screen (which might be even more entertaining for Korean audiences). Much like Squid Game, it seems that the rich are allowed a ringside seat as the masses make up the ranks of manipulated fodder.

Visually, it doesn’t take a deep dive into the original webtoon to see that much of Hellbound appears to match the live version note for note (or panel for panel). English reading audiences will even get to judge for themselves, with the translated first volume released on 26 October by Dark Horse. Korean audiences who’ve completed the work may even be a little disappointed if the second half of the series follows so closely. Personally, I find the angels of Yeon’s original work more haunting. The same is true of his manic demons, originally depicted as laughing hyenas that share more DNA with the lost fishermen of John Carpenter’s The Fog or the Ringwraiths of the original animated take on Lord of The Rings than they do the muscular creatures we see here, which have more in common with Michael Mann’s The Keep.

The first three episodes rattle along at quite a rate, but often at the expense of truly exploring the themes and characters at play. Sometimes it feels just a little too simplistic. Along the way, a few big narrative leaps are made that perhaps work better within the confines of a webtoon. This is, of course, a very different animal from Squid Game, but one thing it shares is that series lack finesse when it comes to dealing with an episodic series. Again, we have a running narrative that simply seems to cut episodes in line with running time as opposed to the story – missing one of the biggest advantages of streaming platforms without such restrictive scheduling. Together with an indication that the narrative shifts quite drastically for the second half of the season, there’s a suggestion here we effectively have two connected films.

Less surprising is that the acting is as top-notch as you’d expect. Together with cinematography by Byun Bong-sun, whose work includes The Terror Live and Phantom Detective, it’s as slick looking as any cinematic experience. But it’s clear Hellbound is going to have to really pull it out of the bag in the remainder of the series for a satisfying conclusion. Let’s hope it does…

Hellbound screened as part of the BFI London Film Festival 2021, and debuts on Netflix from 19 November.