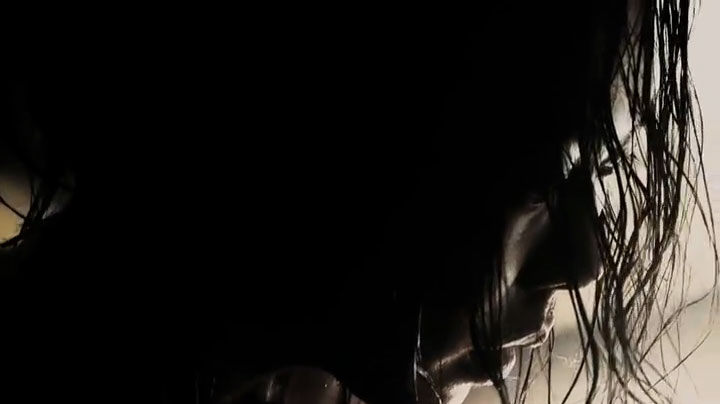 Engaged couple Munho (Lee Seon-gyoon, Petty Romance, Paju, R-Point) and his fiancée Seon-yeong (Kim Min-hee, Actresses, Hellcats, Moby Dick) are on their way to meet his father when she suddenly goes missing at a service station. Desperate to find her, he turns to his cousin Jong-Geun (Jo Seong-Ha, The Yellow Sea, Always, R2B: Return to Base, Spider Forest), an ex-cop dismissed for taking bribes, to help him find her, fearing her kidnapped.

As they begin to unravel the truth about Munho’s fiancée, they discover financial scams, identity theft and possible murder, leading to horrifying conclusions…

Writer/director Byun Young-joo continues a trend for adapting Japanese novels in Korean cinema, taking Miyuki Miyabe’s 1992 novel Kasha (火車) – so popular it was even translated into English in 1996 as All She Was Worth – as the basis for her film.

There are more than a few echoes of George Sluizer’s dark and stunning The Vanishing (well, the original at least!). Beginning in a similar way, Helpless handles the spouse’s possible abduction from a service station with equal swiftness. Both films gain power from the fiancé’s (and our own curiosity) to find out what really happened, though with very different conclusions.

Both Munho and we, the audience, are well aware that this is a stone best left unturned, but that doesn’t stop either of our curiosities. For director Byun and her lead character Munho, that is answering the question, more than anything else, of whether Seon-yeong ever really loved him.

There’s no doubting director Byun plays to a lot of detective and thriller clichés. Sure, there’s the hard-nosed (ex) cop, as driven as our lead to uncover the truth; the imagined reconstructions of crimes; the photos that reveal more on closer inspection. But that doesn’t diminish the power in her film. She builds on those to ask, just what would drive a seeming normal girl to hide her identity at any cost, and interestingly, for a female director adapting a female author’s work, that’s perhaps the one question she never fully answers.

Considering some of Byun’s previous documentary work on Korean ‘comfort women’ in the Pacific War, she holds back on showing exactly what Seon-yeong has gone through to make her that way. Though Seon-yeong is cast in a sympathetic light, this makes her rather less so. Deliberately, I think, where other directors would dealt with it differently. She may be a victim, but she is far from helpless.

In the director’s words, she wanted to explore ‘the idea of self-pity and how it can eventually drive one to commit evil deeds. Seon-young is certainly absorbed by it. Once you start to feel that you are in the worst situation in the world, you become ruthless toward other people. You begin to think it’s all right to harm others in order for you to survive.’1

The same, of course, isn’t true of fiancé Munho…

It all leads to a satisfying conclusion. Hardly the most inventive thriller, but directed and played very effectively, Helpless is well worth checking out…

Helpless played as part of the 56th London Film Festival.


Special note on the subtitles for the version screened at the London Film Festival, it omits much of the onscreen text, which is frankly annoying, as you’re supposed to be able to read it.