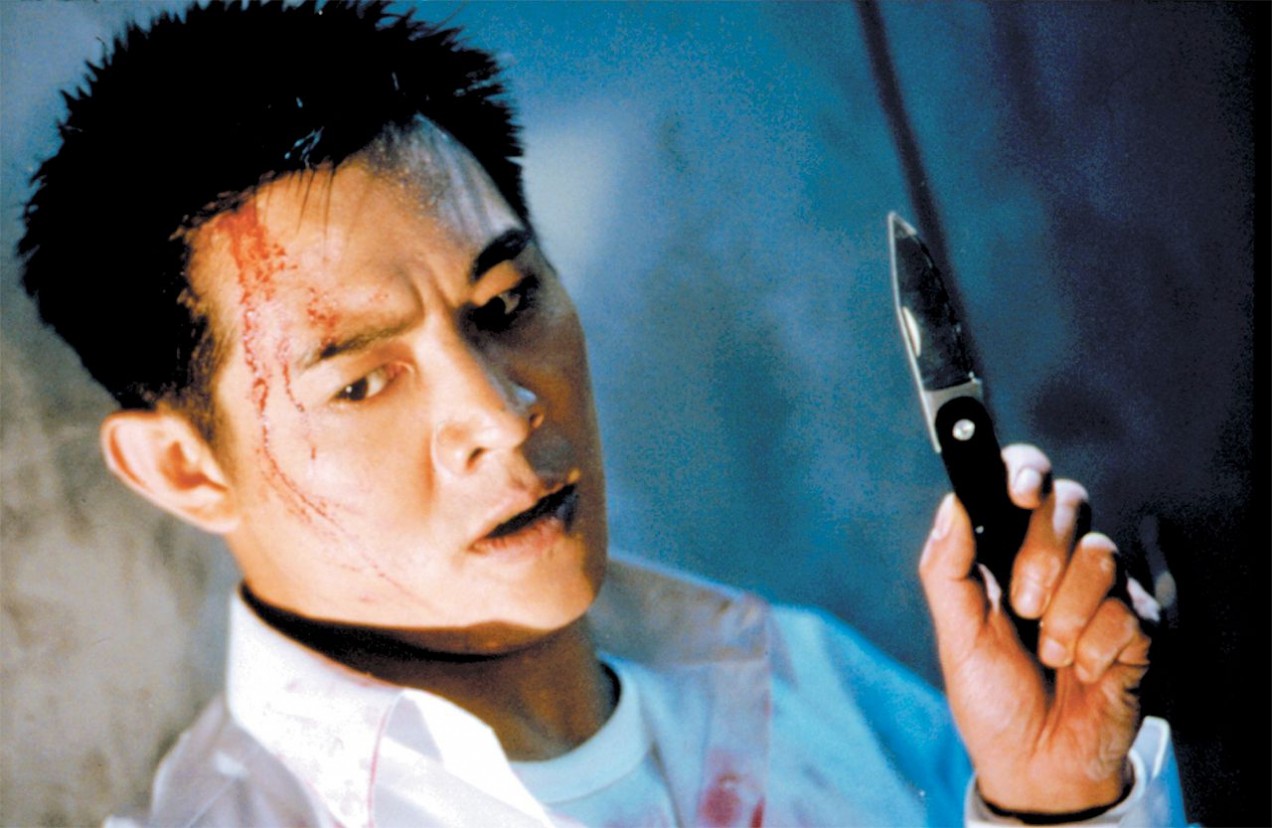 A martial arts movie star famous for his stunts? Now who could Wong Jing be lampooning in this Jet Li vehicle?…

Kit Li (Jet Li), once member of a crack special forces unit he left when a master terrorist known as ‘The Doctor’ (Kelvin Wong, Moon Warriors, Police Story 3, Triads: The Inside Story) killed his wife and child. 2 years on Kit is both minder and stunt double to Frankie Lone (Jacky Cheung, Once Upon A Time In China, A Chinese Ghost Story II, Ashes Of Time), a martial arts star once famous for performing his own death-defying stunts, but now a drunken, lecherous coward due to having lived the high life of a star too long.

Chingmy Yau (Naked Killer, Kung Fu Cult Master, City Hunter) plays the reporter who observes Kit’s substitution for Frankie on a stunt, and will go to any length to expose his secret. This includes blagging some tickets to a gala showing of valuable Russian jewels at a high rise hotel, where Frankie is guest of honour. But when a gang of terrorists, led by ‘The Doctor’, show up to steal the priceless pieces, it’s up to kit to both save the day and settle old scores, teaming up with a police officer (Yang Chung-Hsien) who’s girlfriend Joyce (Charlie Yueng, Dr. Wei in the Scripture with No Words, Ashes Of Time) is one of many who’ve been taken hostage.

Effectively a Hong Kong take on Die Hard, director Wong Jing (Last Hero In China, The Kung Fu Cult Master, Royal Tramp, City Hunter, God Of Gamblers) and action director and longtime Li cohort Corey Yuen Kwai (Fong Sai Yuk 1 & 2, Saviour Of The Soul, So Close, The Transporter) try to out do the original wherever possible. Li drives the officer’s modest two door car through the lobby under a barrage of bullets from the terrorists, then into the lift! Later he crashes a helicopter on to the floor where the hostages are being held. To say the fight scenes are well choreographed is an understatement. Under the supervision of Corey and Yuen Tak even Jacky Cheung out does Bruce Lee in his finale duel with Bond (played by Billy Chow, Miracles, Fist Of Legend, Eastern Condors). It’s not, however, quite on a level with Saviour Of The Soul or Fong Sai Yuk for inspired lunacy.

Kelvin Wong revels in Rickman-esque menace as the suave lead terrorist, while Valerie Chow once again wonderfully plays sultry (and deadly) bad girl – not unlike her role in Corey Yuen’s Hero (1997). Jet Li, in his fourth film with Wong Jing, plays a more serious character than usual, or the rest of the cast for that matter.

High Risk is also, of course, a mickey take on one of Hong Kong cinemas most beloved figures, Jackie Chan. Wong Jing has worked as a writer, director and producer since the height of the Shaw Brothers studio in the 70s. As long as Jackie. It’s no secret that when their paths eventually crossed on City Hunter in 1993, Jackie was not exactly pleased with the results. Jackie himself felt necessary to point out the movie was ‘okay, but not one of my favourites’ in his autobiography I Am Jackie Chan. Though extremely popular, it’s hard to see how Jackie could ever have thought Jing’s style would ever be appropriate for him. Often the most extreme, exploitative side of Hong Kong cinema, his depiction of women frequently has a brutal, misogynistic edge. (Thankfully at a minimum in High Risk.)

On Jackie’s audio commentary for Gorgeous he mentions a director who he was shocked to find shooting additional material of a ‘category III’ nature (ie. a bit saucy). Though neither the film or director are named, it’s hard to imagine anyone other than Wong Jing would have the audacity to do that on a Jackie Chan movie. At best it’s easy to see how two figures with such power in the Hong Kong movie industry – both with a great need for control over their films – would have found themselves at loggerheads.

The rift seems mutual, as if casting Jacky Cheung wasn’t appropriate enough in name, his performance makes the target of the satire quite clear – despite the recognisable outfits and nunchakus of Bruce Lee. Here his often annoying mugging finds a place as an arrogant, oversexed and very unlikable version of Jackie. A more scathing caricature can be found in Charlie. Camply played by Charlie Cho (Police Story 1 & 2, The Eighth Happiness), there’s no mistaking that it’s meant to be Willie Chan, Jackie’s longtime friend and mentor. His father is played by Wu Ma, a respected actor and action director in Hong Kong since the 60s.

What Jackie made of this film we might never know, but if Jing intended this to be a pointed dig it doesn’t get in the way of being an enjoyable action movie. Easily the best of Jet Li’s collaborations with Jing.

Good transfer with embedded Chinese and English subtitles which occasionally do that rather annoying 'white text on white background' thing (as brilliantly parodied in the latest Austin Powers movie) so you can't read them!

Noticeably edited for some of the more gruesome moments (seconds), though these scenes wouldn't have fitted the tone of the piece anyway. 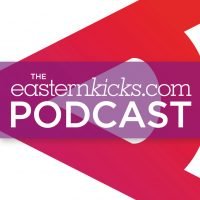 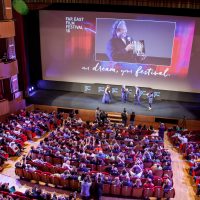 The Cannes of Asian cinema reveals their FULL 2018 80+ film line-up, returning for a celebratory 20th edition in Udine from 20th– 28th April (more…) Read on → 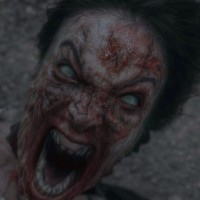 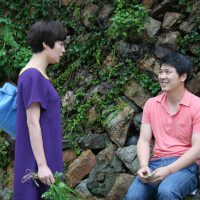 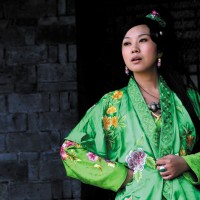 9 thoughts on “High Risk aka Meltdown”