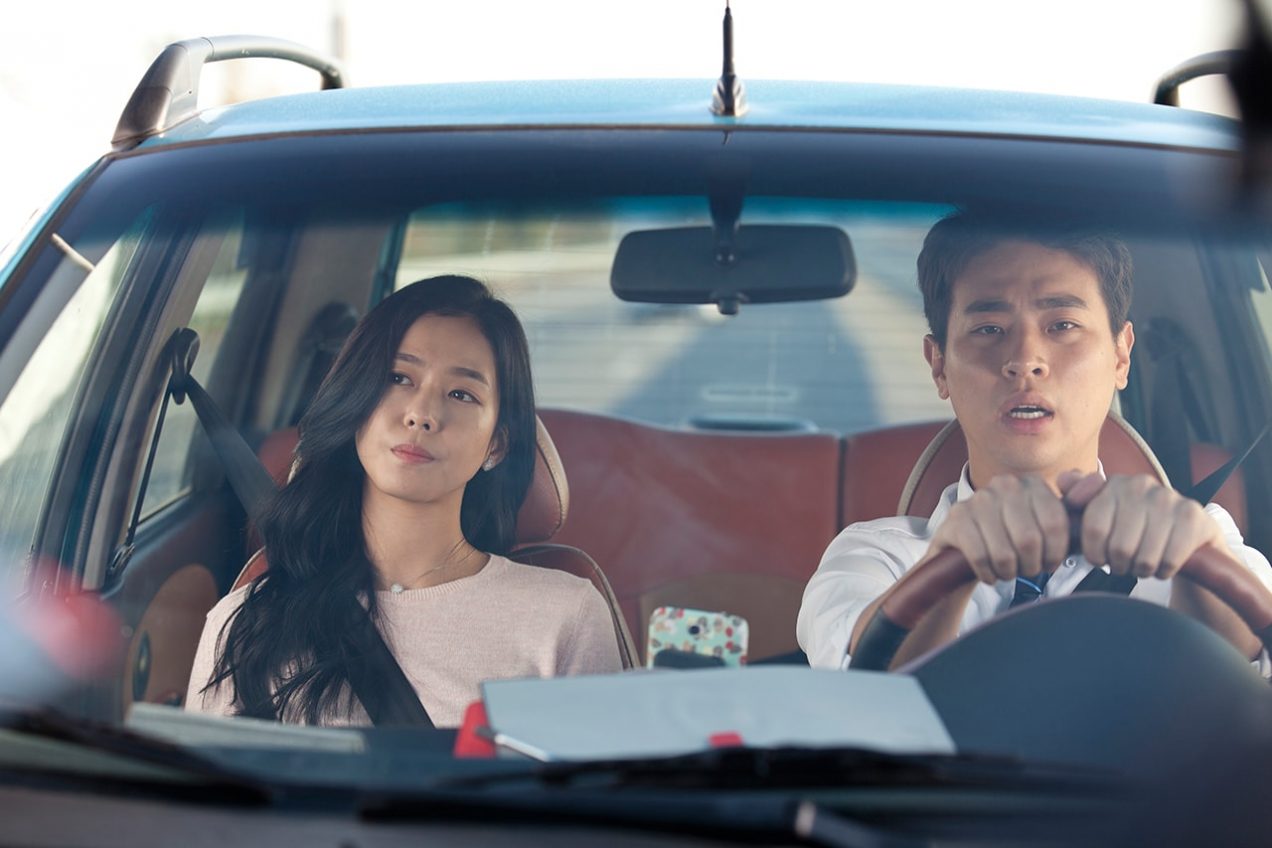 The Horror Stories franchise has proved surprisingly popular and resilient in Korea, returning now with its third instalment of short genre shockers. Undoubtedly one of the reasons behind the success of the series is the fact that it’s shown a keen eye for picking talented directors, lifting it above some of the more pick and mix examples of the anthology form, and this time around things are equally promising, with a roster including Min Kyu-dong, Kim Sun and Kim Gok, who all contributed to Horror Stories 1 and 2, joined by Baek Seung-bin (Members of the Funeral). For a horror outing the film also boasts an impressive cast made up of Im Seul-ong of 2AM fame, Kyung Soo-jin (Weightlifting Fairy Kim Bok Joo), Park Jung-min (Dongju: The Portrait of a Poet), Hong Eun-hee (The King’s Dream), Cha Ji-yeon (The Treacherous) and young actress Kim Soo-ahn (Train to Busan).

Whereas the 2012 and 2013 Horror Stories revolved around more traditional setups, the latest entry heads for the stars, with wraparound segment A Girl from Mars by Min Kyu-dong (the most experienced of the directors, who also helmed the likes of Memento Mori and The Treacherous), set far in the future, with a strange young girl (Kim Soo-ahn) landing on a planet ruled by androids and proceeding to tell their leader (Cha Ji-yeon) a series of yarns about the horrors of mankind in order to save her skin. The first of these is Baek Seung-bin’s period piece Fox Valley, in which a young scholar (Im Seul-ong) gets lost in the woods after being chased by bandits, and ends up in a mysterious village, staying with an enigmatic old man (Kim Jong-soo) and his beautiful daughter-in-law (Ji An). Though initially grateful, the scholar soon comes to suspect that his hosts might not be entirely human, and finds himself caught up in an apocalyptic plot. Next up is Road Rage from Kim Sun, following a couple in the present day (Kyung Soo-jin and Park Jung-min), who make the mistake of angering a truck driver on the roads late one night. Their journey becomes a high-speed fight for survival as the crazed trucker refuses to leave them alone, leading to shocking and violent consequences. Kim Gok provides the final segment, Ghost in the Machine, set in the near future and focusing on the perils of artificial intelligence through the story of a young boy and his family’s child robot, which is nearing the end of its functional life. Inevitably, things go wrong, and though his mother (Hong Eun-hee) buys a replacement, nastiness ensues.

It can’t be overstated how refreshing it is to see something different being done with the genre, and the sci fi theme and past, present and future settings of Horror Stories 3 give it a considerable boost.

The linking device and the three shorts are all of a high quality, something very rare indeed when it comes to horror anthologies, and each director manages to bring something different to the table while fitting in well as part of a creepily coherent whole. The segments each deal with some fascinating and wide-ranging themes and ideas, though at the same time show a pleasing dedication to delivering the genre goods, packing in plenty of frights and gruesomeness, building to enjoyably gory climaxes. This is all the more effective for the fact that a lot of imagination clearly went into the shorts, and although things are a little rough around the edges, the visuals are creative and impressive across the board, from the historical locations through to the futuristic sets and costumes.

The question as to which segment is best depends largely on the viewer, as there really aren’t any weak links. Though as a connecting device A Girl from Mars may sound somewhat daft, it actually works very well, adding a sinister atmosphere through the conversations between its non-human characters, instantly putting viewers expecting traditional long haired ghost horror off guard.

Fox Valley has a Lovecraftian air which is certain to appeal to some audiences, and while random and obscure, it’s a fantastic way to kick off the stories, with some bizarre fantasy touches. Road Rage and Ghost in the Machine might sound more conventional in narrative terms, though the two both have some very odd moments, and are great examples of how to utilise the short film form for tension and entertaining jolts.

At a time when the Korean genre for the most part sticks to formulaic offerings, Horror Stories 3 comes as a welcome surprise indeed, its mixture of traditional horror, imagination and science fiction making for an excellent anthology. The series continues to go from strength to strength, and it’s hoped that a fourth instalment will take such an unorthodox approach.

Horror Stories 3 is available from YesAsia.