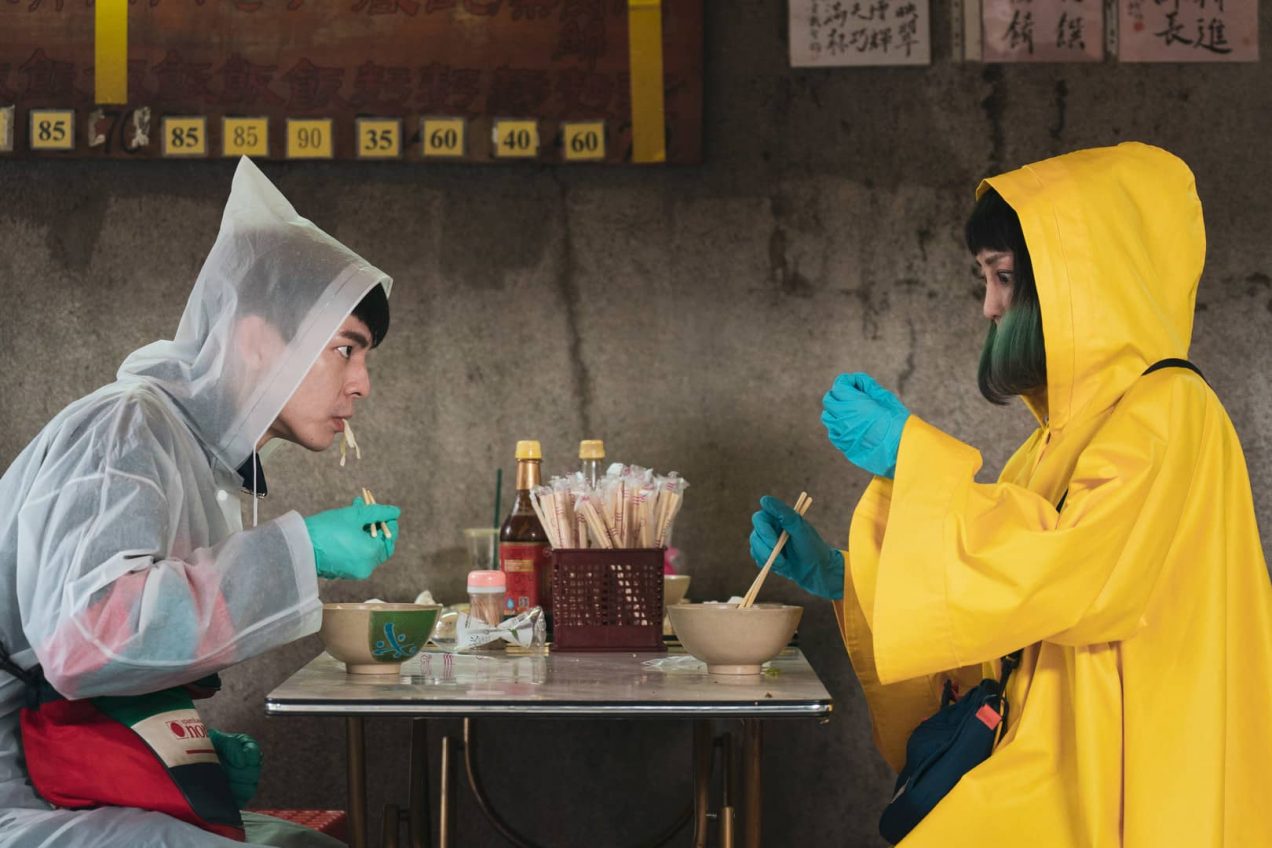 We’ve seen films about young couples navigating the pitfalls of a budding relationship. We’ve seen films when they view themselves as outcasts, shunned by a society that doesn’t understand them. We’ve seen how it all goes wrong, how the idea of being in love might be a greater pull than love itself.

I WeirDO does all this, but with a clear concept at its centre: the couple both suffer from crippling OCD. Taking comfort that they can understand each other’s ticks, Chen Po-ching and Chen Ching end up in a relationship of convenience. They understand each other’s need to clean, to cover up, to take the same number of steps to the convenience store each time they go. They even match up well for the purposes of employment: Po-ching is a great translate but a terrible typist, Ching was a typing champion in her youth.

Of course, we understand that it can’t all be peaches and cream, but I will leave it to you to see the exact nature of exactly how we see this idyllic scene fall apart.

Beyond the squeaky clean interiors of the houses, I WeirDO is a slick, clean looking film, an impressive feat considering it was filmed on a humble iPhone. It’s a testament to the increasing accessibility of technology that anyone with a phone could potentially film something that looks as professional as this.

Well, not everyone, building outwards from how spick and span Po-ching and Ching like to keep things, director Liao Ming-yi and her team clearly have an exceptional eye for composition, every new shot looking planned beyond belief. Ordinarily, this is the type of thing that I would find frustrating as a viewer, a sense of empty posturing, but it makes so much sense within the context of the film, and is a really deft piece of visual storytelling.

For as good as I WeirDO looks, I really just wish that I felt more. While I think that Liao does a good job at not laughing at the affliction that befalls our central duo, the events of the film get bogged down in the details of exactly how it changes their lives. There are moments when the slowness really pays off: the scene in which Po-ching and Ching first kiss is wonderfully warm, and capped off with a pleasing joke that makes you wish there were more moments of quick wit.

Instead, I WeirDO seems uncertain of its own pace: it wallows in vague phases, rather than having a clear timeline of events, and one begins to suspect that this is an issue stemming from a director making their debut feature. The good single moments show that the script is written by someone with skill, but the odd way that the moments fit together feels like Liao wasn’t confident in their own talent.

It’s not an easy thing to fix though, I WeirDO already runs short at just under 100 minutes, so you can’t clip too much for it. The middle section is the greatest issue; the beginning and the ending so clear and precise in their identity as a film, so perhaps it is more that the middle of the film feels derivative that is a disappointment.

I have no wish to be too down on the film, because the script’s good moments are lit up by its two leads, their early interactions being a source of more than a few chuckles. The action is backed by a score that I generally could have done without, not least because the best bits of the film speak for themselves, and the emotive score feels like it is pulling a genuinely unique film into the realm of the generic.

What strikes me most about I WeirDO is that despite coming across as slightly negative on it, I will ultimately remember it as a film that I liked. Its worst moments are when it feels like just another romance film, and its best moments are when it reminds us that it is so much more than that. The moments of comedy are genuine, as are the moments of heart, and the beautiful visuals create a film that could have been a very special indeed if only they knew what a good thing they were on to.

The question of recommending I WeirDO is yes with a but, which is why the star rating may not fully match up with what I am writing here. As a single piece of work, it needs tweaks, and quite a few of them; as a statement of intent though, it’s an intriguing debut, and one that promises much for the future.

I WeirDO screens online (Italy only) as a World Premiere in Udine Far East Film Festival 2020, which runs from 26 June to 4 July.