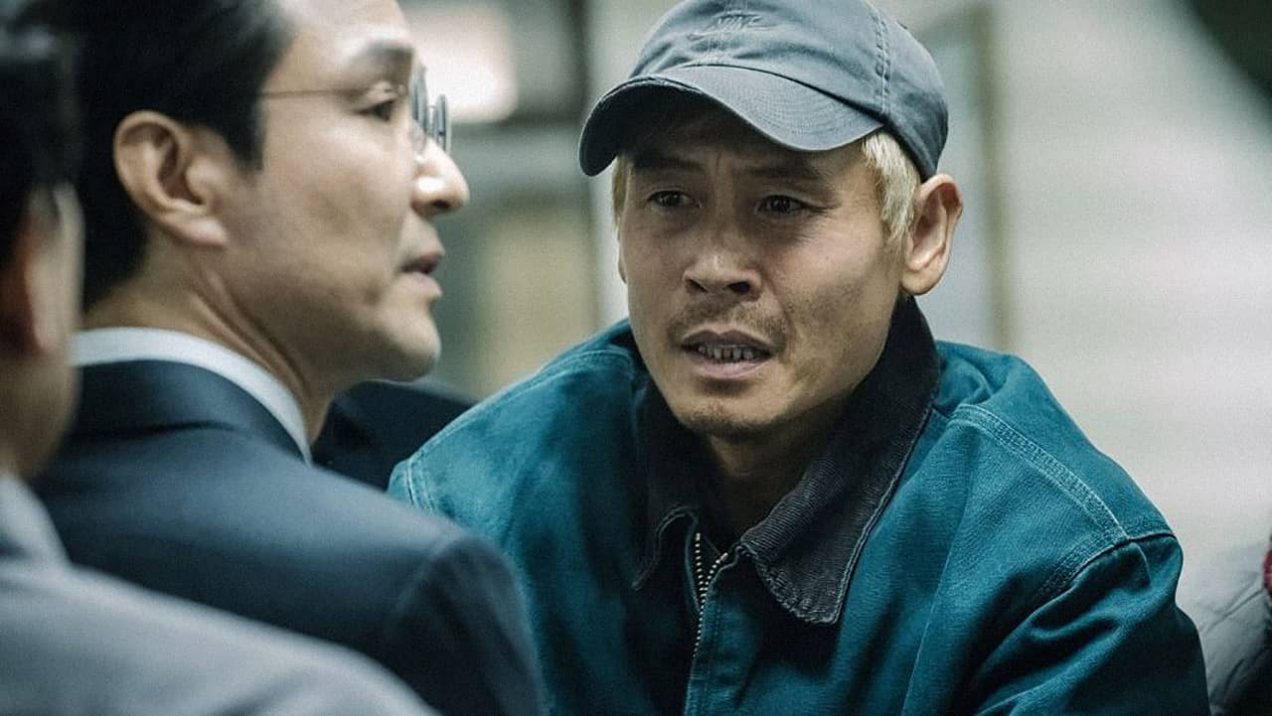 Korean writer-director Lee Su-jin caused a major stir with his 2013 debut feature Han Gong-ju, a low budget indie tackling the aftereffects of a real-life rape case, which was a surprise hit at the local box office and which won a slew of award at festivals around the world. The film gave a breakthrough role to its star, actress Chun Woo-hee, who went on to feature in the likes of The Wailing and The Piper, and who now reteams with Lee on his sophomore outing Idol, another dark drama exposing the dark underbelly of Korean society.

The film begins in attention-grabbing style, with a voiceover from father Yoo Joong-sik (Sul Kyung-gu, Memoir of a Murderer) describing in detail how he masturbated his mentally impaired son Bu-nam as a teenager. From here, we quickly learn that Bu-nam has been killed in a hit-and-run incident by Yo-han (Joe Byeong-gyu, Fantasy of the Girls), the son of fast-rising politician Koo Myung-hui (Han Seok-kyu, The Berlin File), who takes the body back to his parents’ house, unsure of what to do. Although Koo forces his son to confess, it’s clear that the crime is more complicated than he first assumed, and he and Yoo are soon at odds and on the trail of Bu-nam’s missing Chinese immigrant wife Ryun-hwa (Chun Woo-hee), who has plenty of skeletons in her own closet.

Some films demand and earn the viewer’s concentration thanks to intelligent scripting and Machiavellian scheming, while others simply require it due to being a bit of a head-scratcher. Lee Su-jin’s Idol falls firmly into the second category, an over-long, slow-moving and amazingly convoluted mystery thriller which doesn’t challenge audiences to connect the dots so much as it challenges them to overlook the pieces of the jigsaw puzzle he’s randomly thrown away. Boiled down and stripped of all its ponderousness, the film’s plot is essentially a simple one, though Lee goes to great lengths to over-stuff it with melodramatic twists and turns, with a number of sudden shifts in tone. As a result, the film feels like a curious mixture of commercial thriller and wilful arthouse abstraction, though without ever nailing either, with matters not helped by his heavy-handed exploration of the usual themes of class and gender – clearly Lee was under the impression that he was making a meaningful and deeply important film, with amusingly overcooked choral music accompanying and underlining certain scenes.

To be fair, Idol is at least never boring, and the problem here isn’t its over-ambitious running time or muddled narrative as such, but rather the way in which Lee leaves his characters stranded by the film’s many plot holes, the script frequently pushing them into sudden and inexplicable behavioural changes or actions which make little sense. Whatever the viewer thinks of the central mystery, it’s very hard indeed to connect to the characters or their plights, and there’s little, if any, emotional impact as the film builds towards a conclusion which is equal parts predictable schlock, cheap symbolism and button-pushing ambiguity. By this stage, many will have tuned out, quite understandably, and it’s hard to see exactly what Lee was aiming for with such a tangled and po-faced two and a half hours.

All of this is really a shame, as the promise Lee showed with Han Gong-ju is clearly still there, and this makes Idol a decidedly frustrating experience. Despite its many flaws, the film clearly has a sharp, entertaining mystery-thriller hiding in its bloated shadow, and with some judicious editing of both its running time and narrative, Lee might well have had another hit on his hands. The film certainly looks good, and though its noir-lite constant rain and use of shadows is familiar, it’s atmospheric throughout, with a constant sense of doom-laden threat that’s never really delivered upon. It’s also surprisingly violent, with a body count that keeps on stacking up, and with a number of gruesome and sadistic scenes thrown in, which would have worked far better if the audience was made to feel like they actually had a point. Although the characters don’t make sense, their actions generally being either baffling or calculated for shock value, the three leads are an amusing bunch, and when Lee gets around to finally bringing them together things do become more fun, in a hysterical, soap opera kind of way. Chun Woo-hee comes off best, partly since her character is the only one who has a story arc, and even though this is largely based around ham-fisted revelations, her role does at least serve a purpose – of sorts.

Though none of this is really enough to make Idol recommended viewing, for some it should fall into the category of being a fascinating car crash of a film, for the brave, curious and infinitely patient at least. While unlikely to win Lee Su-jin the same level of praise as Han Gong-ju, the film should by no means derail his career, and hopefully, his next effort will see him exercising a little more narrative restraint.

Idol screened as part of the London Korean Film Festival 2019.