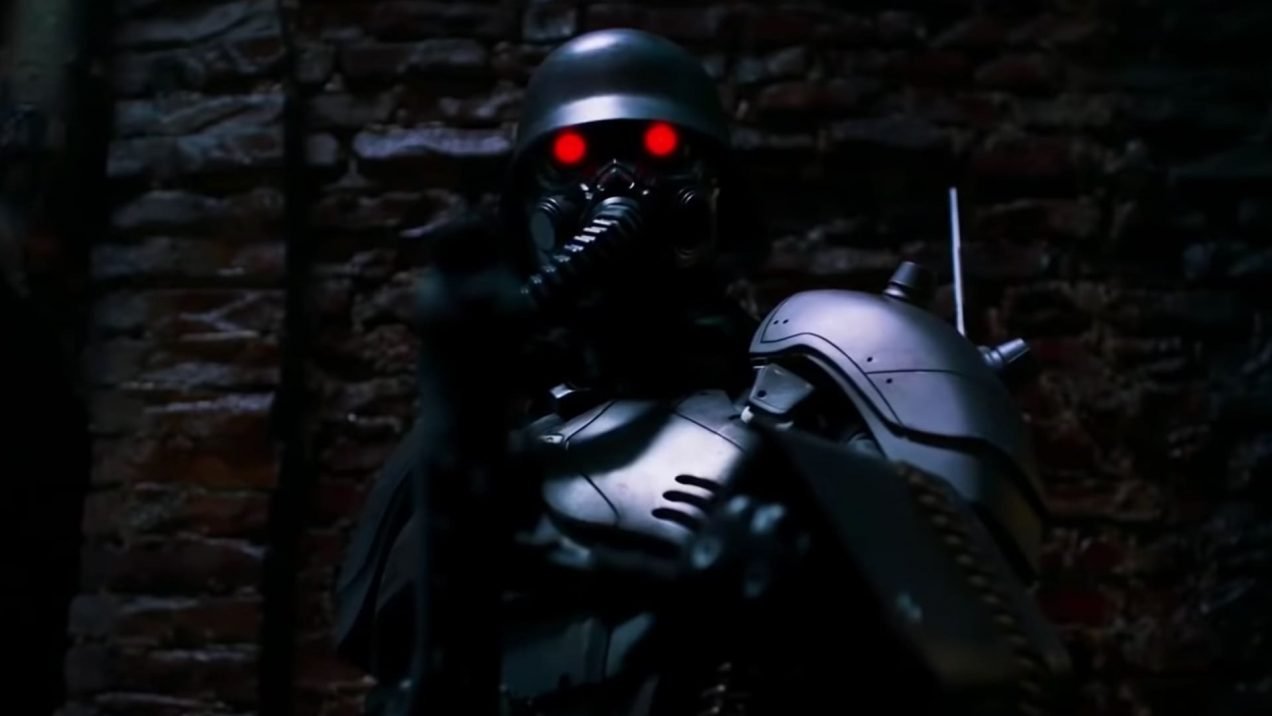 Kim Jee-woon’s latest arrives on Netflix, an adaptation of the 1999 anime Jin-Roh: The Wolf Brigade…

Acclaimed Korean director Kim Jee-woon follows up his popular, if ponderous, 2016 all-star spy thriller The Age of Shadows with Illang: The Wolf Brigade, an adaptation of the 1999 anime feature Jin-Roh, directed by Hiroyuki Okiura and written by Mamoru Oshii of Ghost in the Shell fame. Taking on such source material, the anime being a cult curio rather than a breakout hit, represents an interesting choice for Kim, as does the fact that the film has been released via Netflix outside of Korea, despite its sizeable 19 billion won budget. Unfortunately, it’s a move which doesn’t appear to have paid off, domestically at least, where the film has struggled at the box office, failing to hit the blockbuster standard of one million admissions and earning decidedly mixed reviews.

The plot relocates the story from Japan to Korea in 2029, with the North and the South on the verge of reunification, against a background of social unrest and political turmoil. Tensions are running high, with the government’s special police unit, the ruthless Wolf Brigade of the title, trying to keep the peace, targeting The Sect, an anti-reunification terrorist group set on disrupting the process. After an incident involving a young suicide bomber, the unit comes under pressure, and scapegoat Lt. Lim (Gang Dong-won, A Violent Prosecutor) is sent for retraining. There, he meets Lee Yoon-hee (Han Hyo-joo, Love, Lies), who claims to be the sister of the bomber, and the two uncover facts which thrust them into the middle of a complicated battle for control of the special unit and the county as a whole, coming up against Jin-tae (Jung Woo-sung, Steel Rain), the Wolf Brigade leader, and Sang-woo (Kim Moo-yul, Forgotten), head of a shady government intelligence organisation.

There’s a lot going on in Illang: The Wolf Brigade, and in that respect, the film recalls Jin-Roh and Mamoru Oshii’s original manga, being filled with plot twists, hidden conspiracies and political manoeuvring. The story is dense and complicated, often to the point of being over-stuffed, and while there’s something to be said for the ambitiousness of the film’s multi-layered narrative, there’s an air of willful misdirection that makes it rather dry and confusing. It’s here that Kim drops the ball, as while the original managed to ground its labyrinth scheming through believable context and an intricately designed story world, Illang never feels consistent or convincing, the North-South politics being thrown out the window early on, the futuristic setting making little to no difference, and the striking Wolf Brigade uniforms playing only a small part in the proceedings. Instead, Kim is content to move his characters around like pawns on a chessboard, notching up the melodrama throughout and throwing in plenty of tears and tragedy, presumably in an attempt to keep the viewer interested and invested.

Sadly, this doesn’t work, at least partly due to lifeless performances from Gang Dong-won and Han Hyo-joo, both of whom are blank and strangely uncharismatic in their roles. With much of the film focusing on their relationship, rather than on the tension and thrills which Kim might have been expected to mine from the premise and source material, during a long middle section it quickly becomes dull, feeling like a soap opera in places. The film’s pacing in general is off, and its long, nearly two and a half hour running time makes it a chore to sit through at times.

This is a real shame, in particular for fans of Jin-Roh or Kim, who has shown himself many times in the past to be a talented and highly creative director, though who here largely seems to be out of ideas. The film does have a few stand-out scenes which briefly give things a boost, including a spectacular set piece involving the Namsan Tower in Seoul and a stylish shootout in the sewers, though these only really serve to highlight what the film could have been with some judicious editing and less in the way of melodrama and lumbering manipulation.

As it stands, Illang: The Wolf Brigade is convoluted, over-long and lacking in either compelling characters or exciting action, and is a real case of wasted potential. On the plus side, the film’s being on Netflix may mean that many in the west have the chance to see it with lowered expectations and without having paid to watch it in the cinema, as it’s arguably better suited to the small screen, where viewers can pause and dip in and out at their leisure.

Illang: The Wolf Brigade is available on Netflix now.