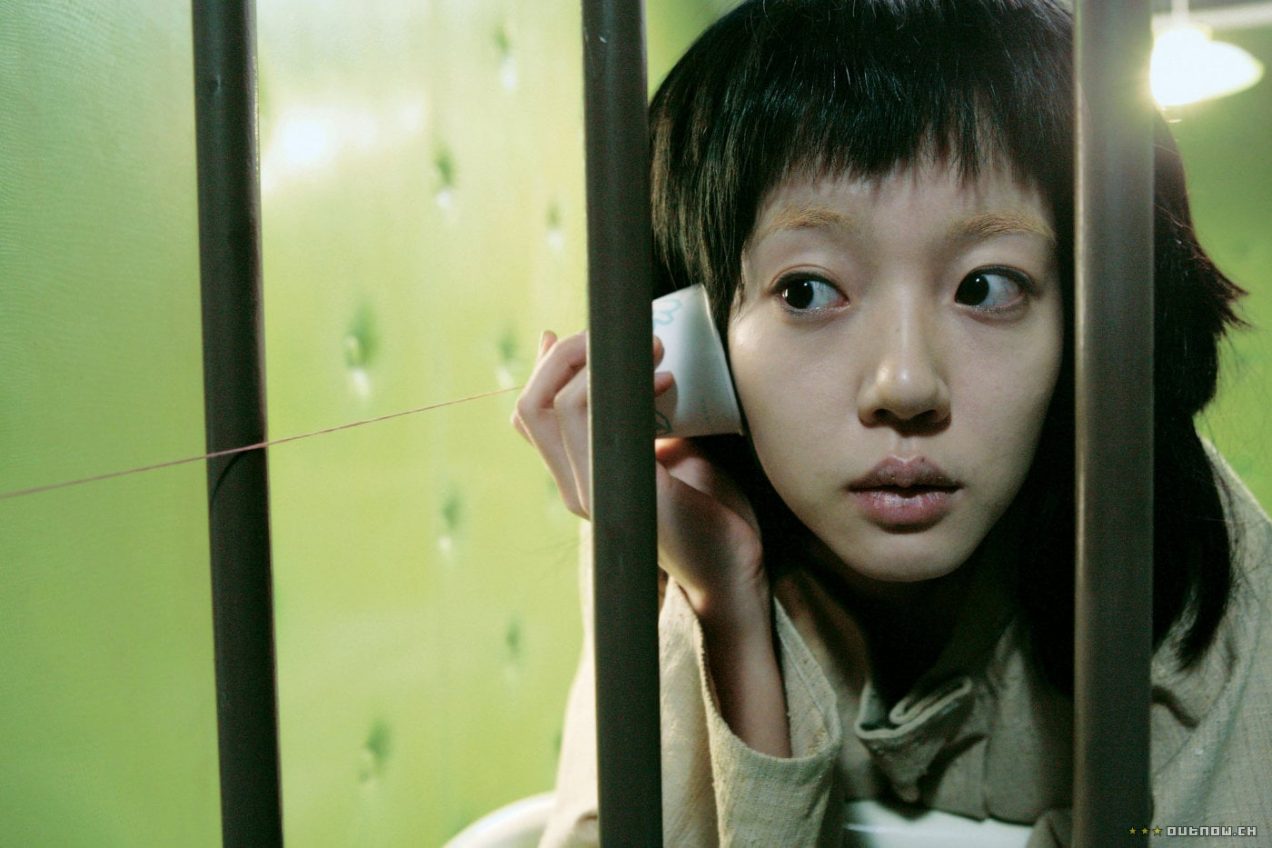 We always knew director Park Chan-wook would do something different after his acclaimed vengeance trilogy – but were we expecting this?

Back when Park Chan-wook visited Britain to preview the last of his celebrated Vengeance trilogy, Lady Vengeance, he said he’d like to make a science fiction film next. Well, I’m A Cyborg isn’t quite that, in fact it’s a little difficult to pin down exactly how you’d describe it, but it is the sort of visual treat that we’ve come to expect from this director.

Young-goon, (Lim Su-jeong, A Tale Of Two Sisters, Happiness) works in a repetitive job at a radio manufacturing plant when her attempt to ‘recharge’ herself by plugging herself into the main circuit at work causes her mother to commit here into a psychiatric ward. She believes herself to be a cyborg, bent on revenge on the white coats who took her beloved grandma away, who it turns out thought she was a mouse and constantly ate picked radishes. (Yum, no actually yum!)

Young-goon believes eating will only harm her, and talks little except to fluorescent lights and the sweet vending machine, getting ‘cyborg commands’ from her radio. Amongst the patients there, Il-sun (Korean pop star Rain), who has the other patients believing he can steal traits they hate about themselves from them, becomes besotted with her – hatching a plan to get her to eat before she really does herself harm.

From the opening titles Park Chan-wook delights with an abundance of imaginative ideas that can’t help but get any cinephile overexcited, right from the credits themselves, which are hidden on circuit boards, monitor, mouse mats, and so on. Beautiful to look, at each element of the film – from the production line Young-goon worked at, to the psychiatric ward, to how Park brings the patients delusions to life, and even the seven deadly sins that Young-goon tries to avoid, illustrated Alice In Wonderland style – all are finely honed and stylised.

Lim Su-jeong, with her eyebrows bleached and her constant gaping stare, looks positively bizarre, like Bjork or some other, otherworldly, being. Pop star Rain (Jung Ji-hoon) does a good turn as Il-sun, and the supporting cast is genuinely strong throughout. The script, however, does his character no favours, making him appear too shrewd and knowing to truly be suffering from mentally illness, passing notes to the staff and, in his own way, help many of his fellow patients to come to terms with their problems.

In many respects the film itself is not unlike the first half of Lady Vengeance in tone. Again, more of a fairytale, it also shares that same dark humour. (Something Park showed off best for his segment in Three… Extremes.) In some ways it often veers towards making too light of mental illness, becoming something of a (very) offbeat romantic comedy. When we see Young-goon’s extended fantasy about gunning down all the hospitals staff, machine guns from her fingers, it not only stalls the narrative, but brings with it a worryingly comic turn to violence. That might be necessary to stop those very real emotions that her character has from turning the film into something much darker, but it brings with it an unnecessary shoot-up scene that almost seems to exist simply to appease fans of Park’s other films.

Of course, it’s not really like them, it lacks there coherent conclusions, instead petering out as the pair try to work out what grandma’s message to Young-goon about the purpose of her existence, just when it felt like we were getting somewhere. But then perhaps that’s the message, no one really has a purpose other than to exist?

If the film is too light, it’s still wholly enjoyable, if just in a very different way to its predecessors. But you can’t help but worry that Park himself may be becoming too much of an auteur – unchallenged in his amazing vision but also ungrounded to audiences needs. It will be interesting to see how this film does in the UK. I wouldn’t be surprised if it fares similarly to as it did in Korea, plummeting from the box office after a very successful first week because audiences just didn’t know what to make of it!

In some ways, it’s little more than an extremely fanciful version of Girl, Interrupted, highly enjoyable, but perhaps a little too personal.

I’m A Cyborg is released in the UK on Friday 4 April.