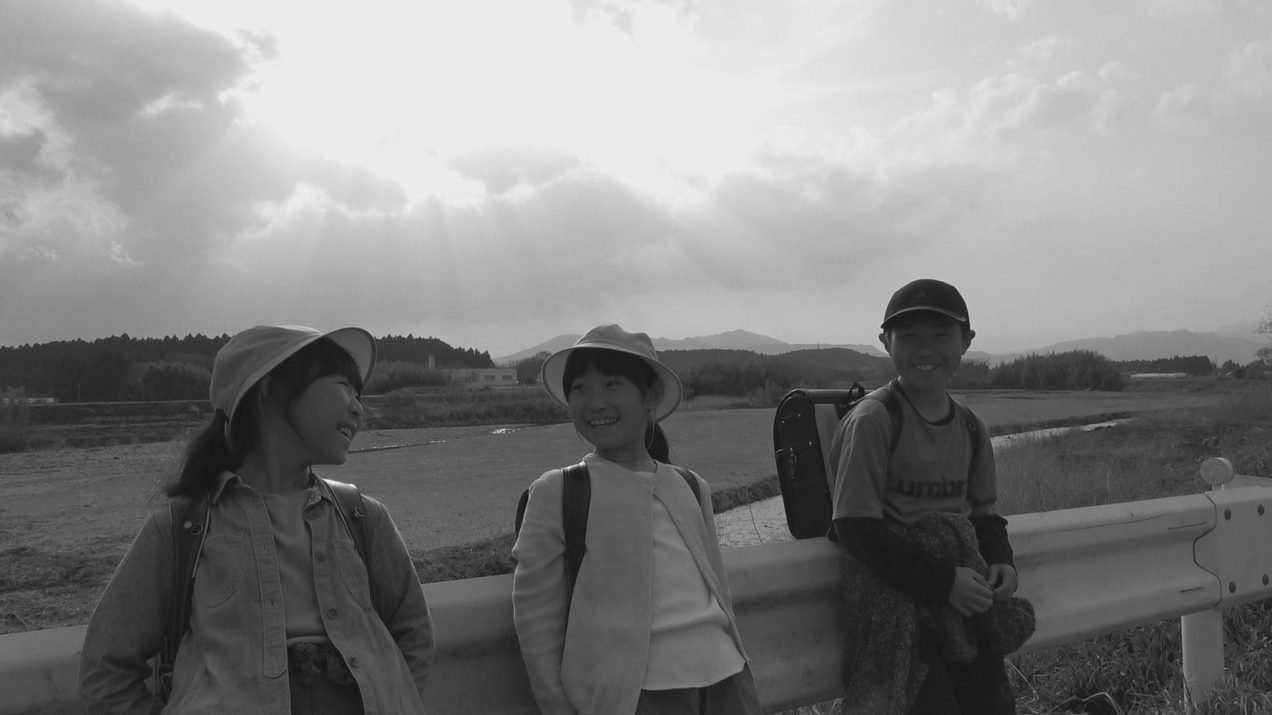 It would be so easy to write off Watanabe Hirobumi’s latest pint-sized offering, I’m Really Good as boring. It would be similarly easy to try and claim it as a film that fits into the global movement of slow cinema in trying to justify the glacial pace and lack of real events in the latest offering from the idiosyncratic director. In truth, both readings willfully elide the joy at the heart of it, and how it brings joy, by simply presenting joy.

A plot synopsis doesn’t really cut it, but I’m Really Good simply depicts a day in the life of elementary school student Riko. She speaks to her friend Nanaka, she plays with her brother Keita, she eats dinner with her mother. One of the biggest events of note is the arrival of the same textbook salesman to two different houses. Riko wakes up in the morning, and she goes to bed in the evening, with nary a hint of conflict throughout the short duration of the film.

Irish literary critic Vivian Mercier once said of Samuel Beckett’s Waiting for Godot that ‘nothing happens, twice,’ but those who have seen the play know what a beguiling yarn it spins not despite, but because of its emptiness. While I don’t wish to make any wildly unnecessary comparisons, the joy present in I’m Really Good comes as a direct result of how flatly it portrays the quotidian. Watanabe points the camera and knows that the audience won’t be able to turn away, not least because he is showing some particularly adorable child actors!

I’m Really Good isn’t slow, though: you ask a child what they did that day and they will be able to regale you with myriad tales of any manner of mundane activities they may have performed, and that is what the film captures brilliantly. I didn’t expect to be gripped by a five minute static shot of children playing a word game, but I willed them to continue, I started taking sides, it became a spectator sport and I was so sad to see it end. The wonder of the everyday is laid bare, with every new scene offering a nugget of genuine elation in something that wouldn’t warrant it in almost any other film.

A couple of people have spoken about how I’m Really Good is slow cinema, but just because it is shot in black and white and doesn’t have much of a narrative thread doesn’t mean that it immediately warrants comparisons to Tsai Ming-Liang and Bela Tarr. Watanabe is not drawing attention to the temporal aspect of his film, it feels like more of a coincidence than anything. I’m Really Good feels like more of a time capsule: the hours of the day hyper-compressed into a digestible chunk that made us feel as if we were there, living vicariously through our three protagonists.

The one way that you could reasonably compare this to Tarr is in the stark black-and-white that it is shot in throughout. The picture is so crisp, capturing the fields, mountains, and houses in a perfect view that makes them feel timeless. Watanabe serves as the director of photography too, and he mixes the static shots effortlessly with the handheld, the former showing the familiar, the latter showing the new.

A particularly entertaining sequence sees Riko walk to Nanaka’s house, and when the opposite journey takes place a short time afterwards, the exact same shots are used in reverse. It makes us feel like we know this place as well as the characters do, it invites us in and asks us to participate in this one wonderful, normal day.

I don’t doubt that I’m Really Good won’t be everyone’s cup of tea, but with other films screening at the Far East Film Festival being so much more tightly wound, Watanabe’s frank depiction of three children having a lovely day is so soothing, and presented so warmly, that one can’t help but fall in love with it just a bit. It’s a distillation of the style of a director who makes films about what he wants, at whatever speed he wants.

A beautiful, funny, charming ode to the wonders of living in the present, of spending time with good friends, of feeling like you really know the place where you live. I’m Really Good is a warm hug that is all the better for how it doesn’t take itself seriously, and just shows you the best bits.