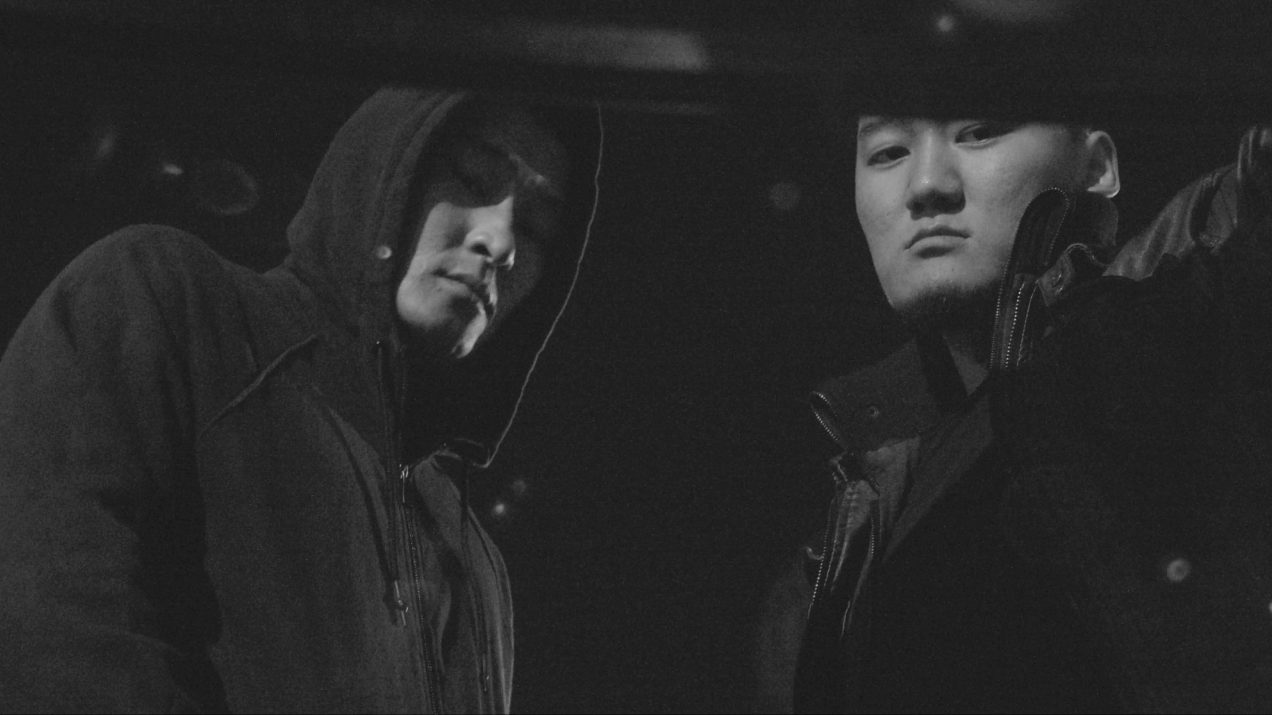 Modern Mongolians are almost an invisible people, as I’ve coincidentally had reason to mention in a previous review in the context of an ethnic minority in China. But that applies just as well or even more for the same ethnic minority in the United States, where the phrase “Mongolian-American” seldom even registers in one’s mind in most places. 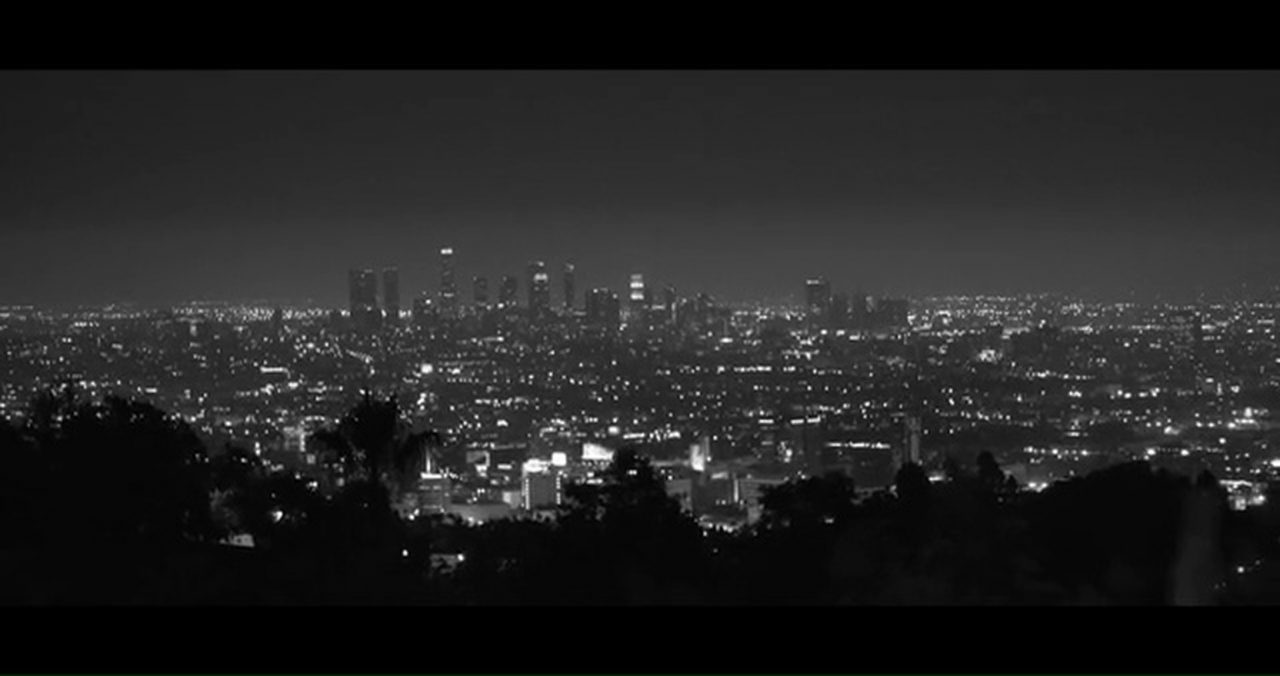 But some of the reason for that is their relatively small size (somewhere between 20 and 30 thousand), including in California where most of them live, to the point that many are essentially integrated as smaller outlying portions of larger Asian communities. In Los Angeles the majority live in and are more or less part of the Koreatown community. But there are some major differences beyond numbers; most Mongolian-Americans came considerably later than other Asian groups; they rank lower on the economic strata; and they’re one of the only Asian groups with a very significant portion being undocumented immigrants for complicated economic and practical reasons. So their modern immigrant experience is more likely to be characterized by struggle. Thus, in one sense it’s a surprise while in another it’s not at all that it took all the way until 2019 to get what’s touted as the “first Mongolian-American film”, In the Land of Lost Angels. 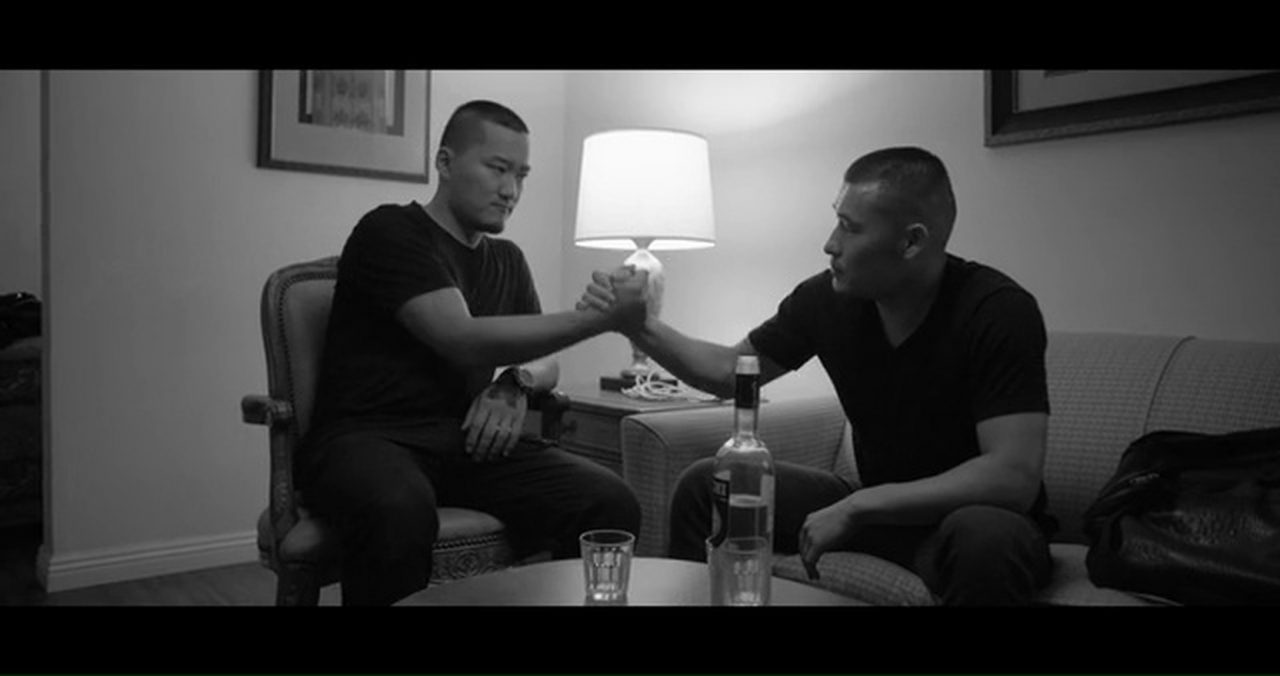 And Koreatown is where our story takes place. Mongolian-American “brothers” Ankhaa (Erdenemunkh Tumursukh) and Orgil (Iveel Mashbat) work in furniture delivery. When Ankhaa’s real brother is in desperate need of an operation they can’t afford, after much consideration they decide to put their furniture delivery experience to use for a stakeout to kidnap the son of a rich man, Scott (Mike Cali). So the brothers have one toast “for courage” (though preparation, accomplishments, and failures alike seem to be occasions for drinks) before they buy a gun and set off on the point of no return. 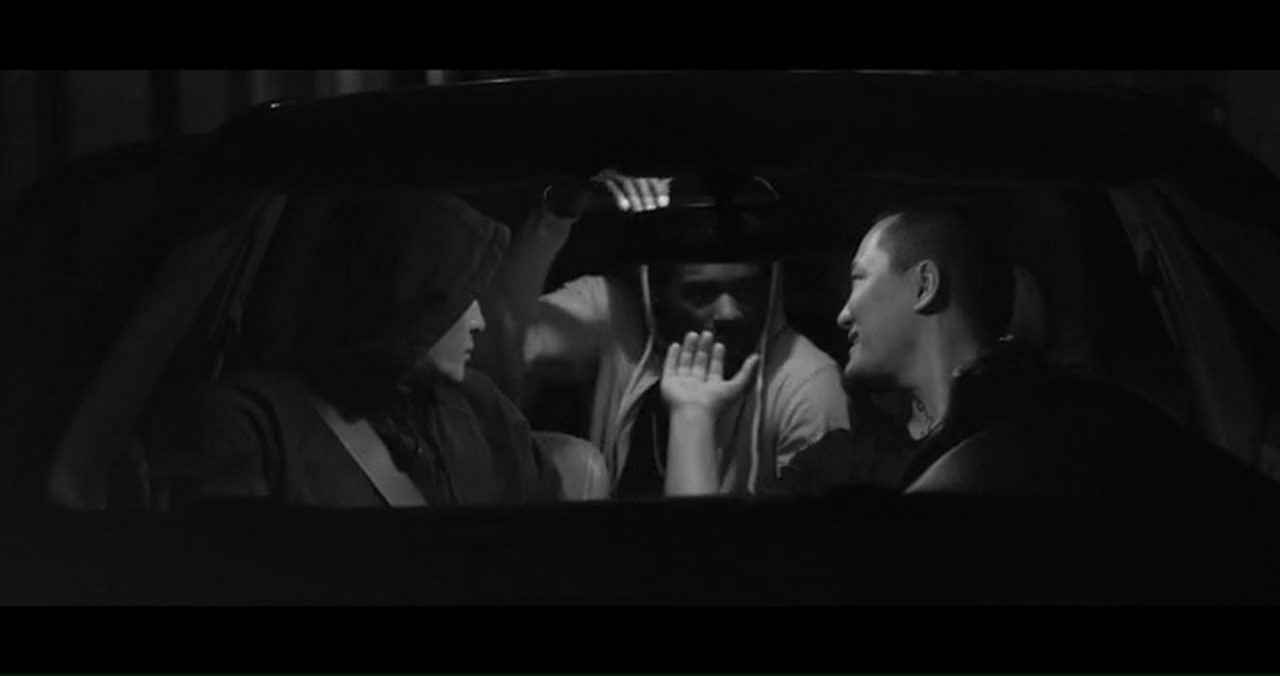 But the actual kidnapping turns out to be the easy part. Not only do they have to worry about unpredictable actions/reactions from the abductee and his father, but also perhaps the most dangerous obstacle to success: each other. Ankhaa is more prudent and level-headed but less competent, while Orgil is more meticulous and imposing but also a lot more reckless, making both increasingly uneasy about the job — and by extension, their lives — being botched and ruined. 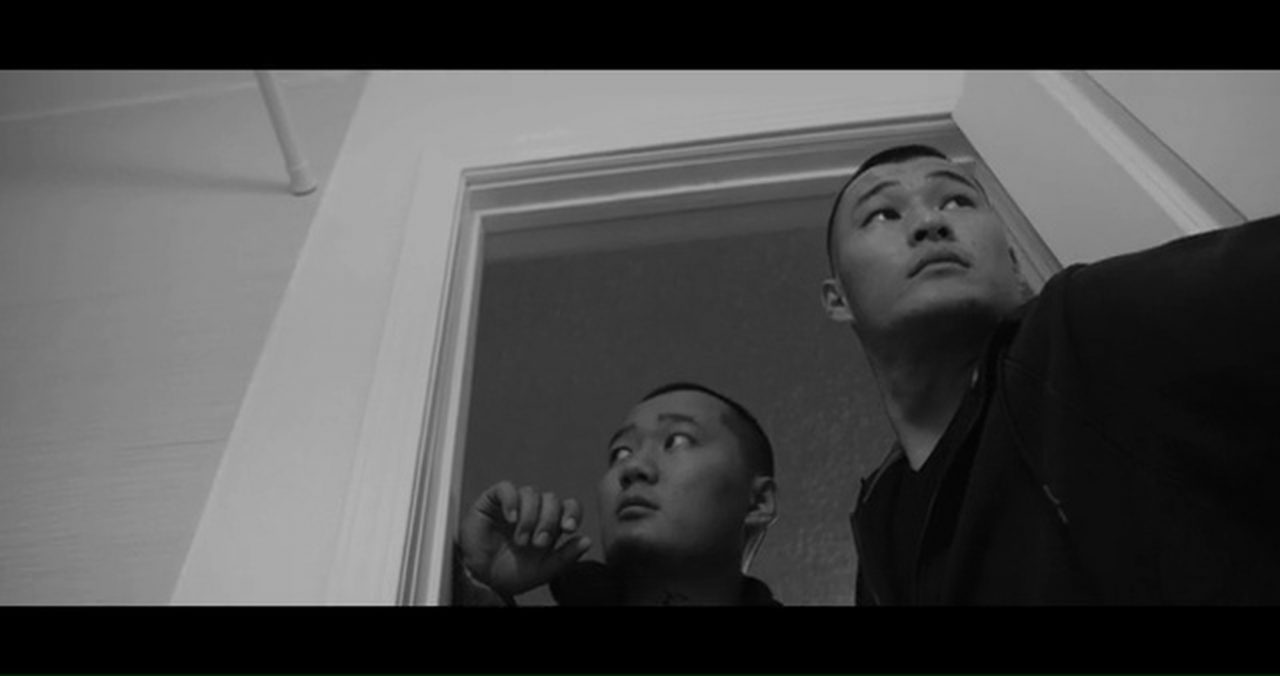 Aside from the Mongolian the two usually speak to each other, early in the film there’s a quick nod to heritage, with a corner in Ankhaa’s room messily holding a picture of a nomadic family (which is more than history, as almost 1/3rd of Mongolians are still “full-time” or “part-time” nomads) and a book on Genghis Khan. Khan, of course, was known for uniting the notoriously un-united and unruly Mongol tribes into one of the most fiercely efficient fighting forces in history. But as time progresses, it becomes increasingly clear (both in terms of unity and efficiency) that the brothers didn’t study that book as much as they should have…. 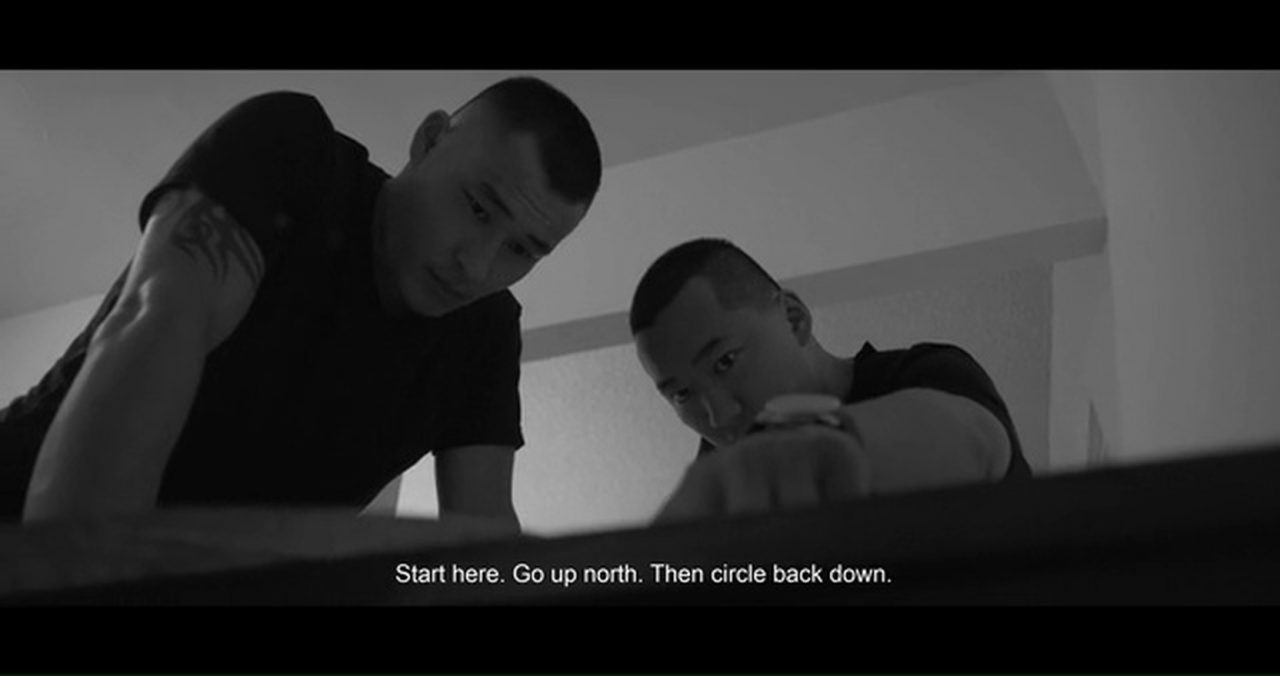 Angels carries a very natural style of exposition that needs minimal wording or action, as a lot of the what and the why is clearly and casually explained by what’s shown before our eyes. A quick opening of the refrigerator articulates how strapped for cash they are (dedication to keeping alcohol present notwithstanding), and a shot of the kidnap victim’s father from the perspective of a rearview mirror makes it clear who’s being watched and whose court the ball is in for the moment so to speak. The lighting and B&W photography has similarly simple but effective configuration throughout to keep focus only where it needs to be. 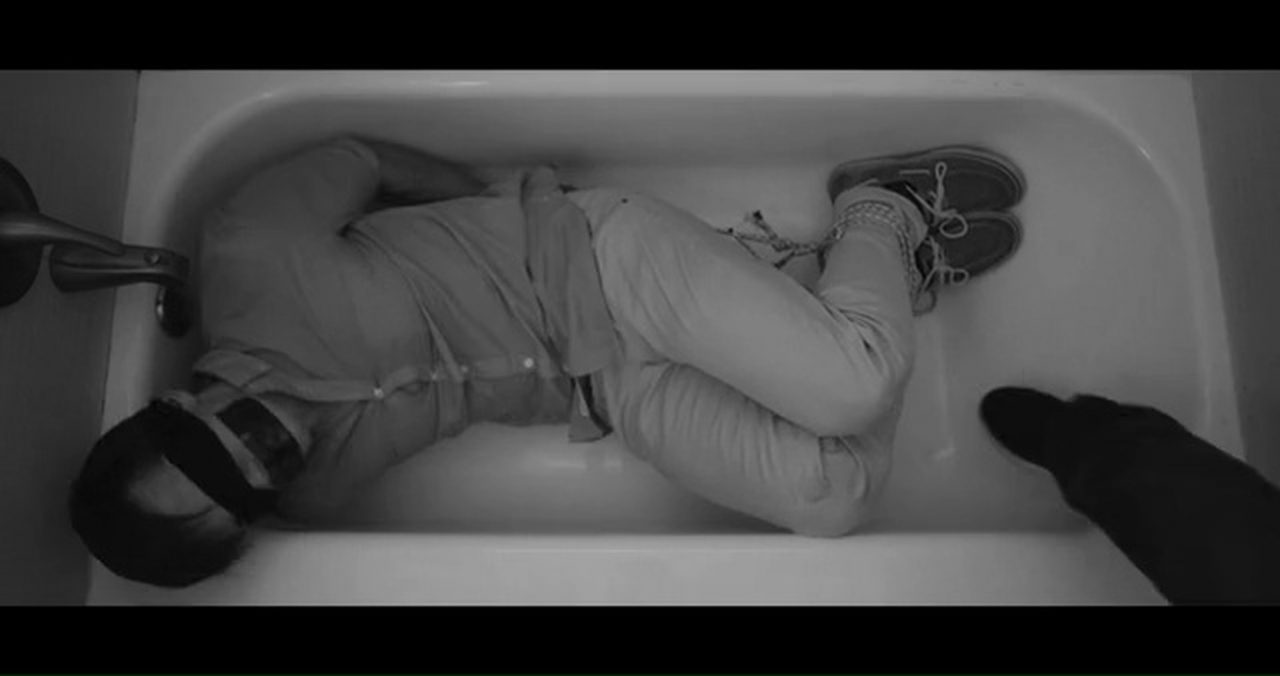 There’s also a natural contrast of multiple tones throughout. The prevailing mood is properly tense, in a way reflecting not one or two but three men who get themselves into a situation they wish they could get out of but find bleaker prospects for leaving (favourably) with every passing hour. But the tense atmosphere is offset by the boys’ banter and hijinks that never cross into silliness but do give tinges of zany aloofness. The kidnappers throw up strong bravado not just towards their victim but even each other in ways that only further confuse their situation. 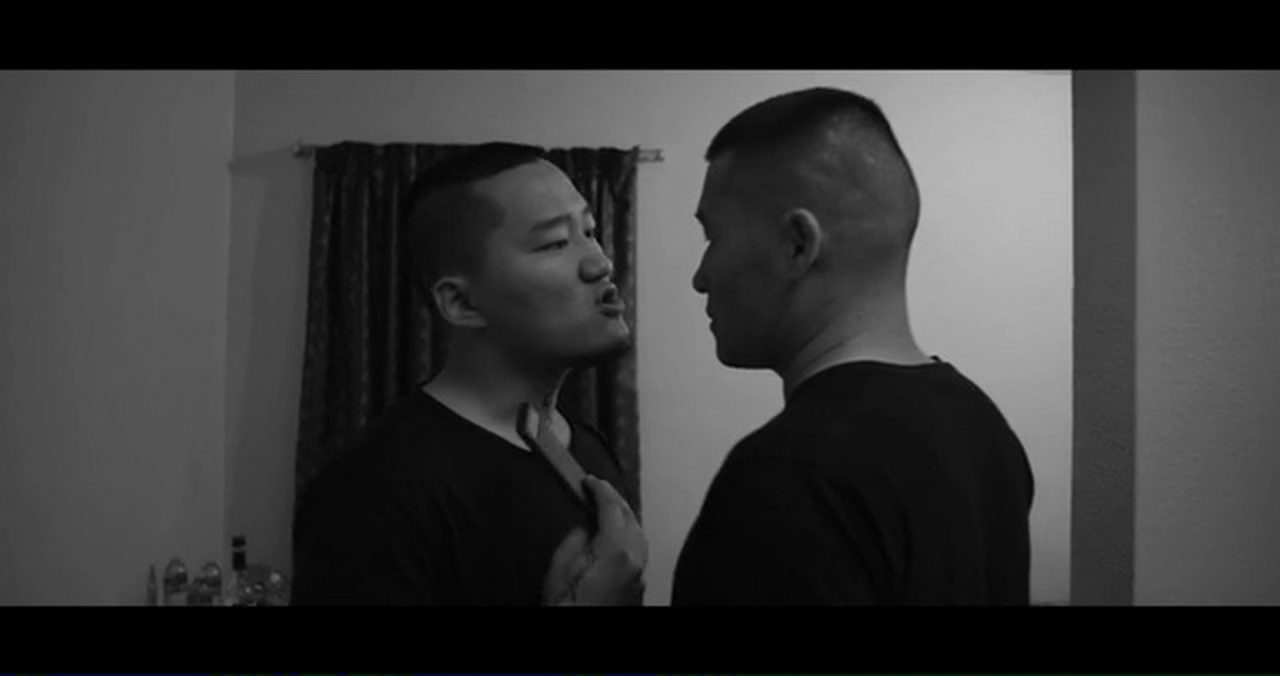 Angels’ focus on the exploits of less-than-Model Minority young men who put themselves in over their heads recalls Justin Lin’s 2002 Better Luck Tomorrow; its status as a kidnap drama more recently recalls The Disappearance of Alice Creed; but as the director himself noted, stylistically Mathieu Kassovitz’s 1995 La Haine set the most of an overall foundation among crime movies, down to their anxiously counted timelines (Haine counted the hours of a day; Angels counts the days of a week). 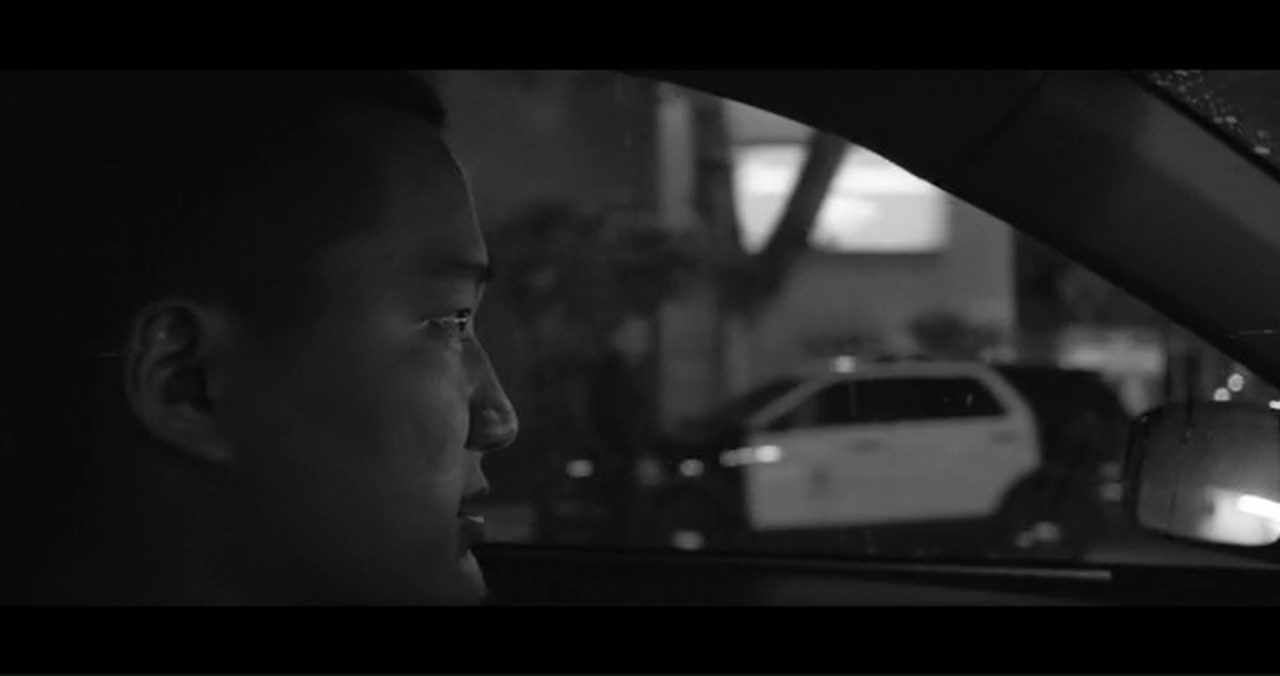 But unlike with La Haine, Angels’ protagonists aren’t just aimless, disgruntled immigrant youths lollygagging in the streets and impetuously getting into trouble; they’re aimless, disgruntled immigrant youths carefully prowling the streets with a very clear plan for getting into trouble. There’s a strong (if misguided) sense of family and community driving the criminal motivations here rather than a sense of just being brought close together as outcasts. 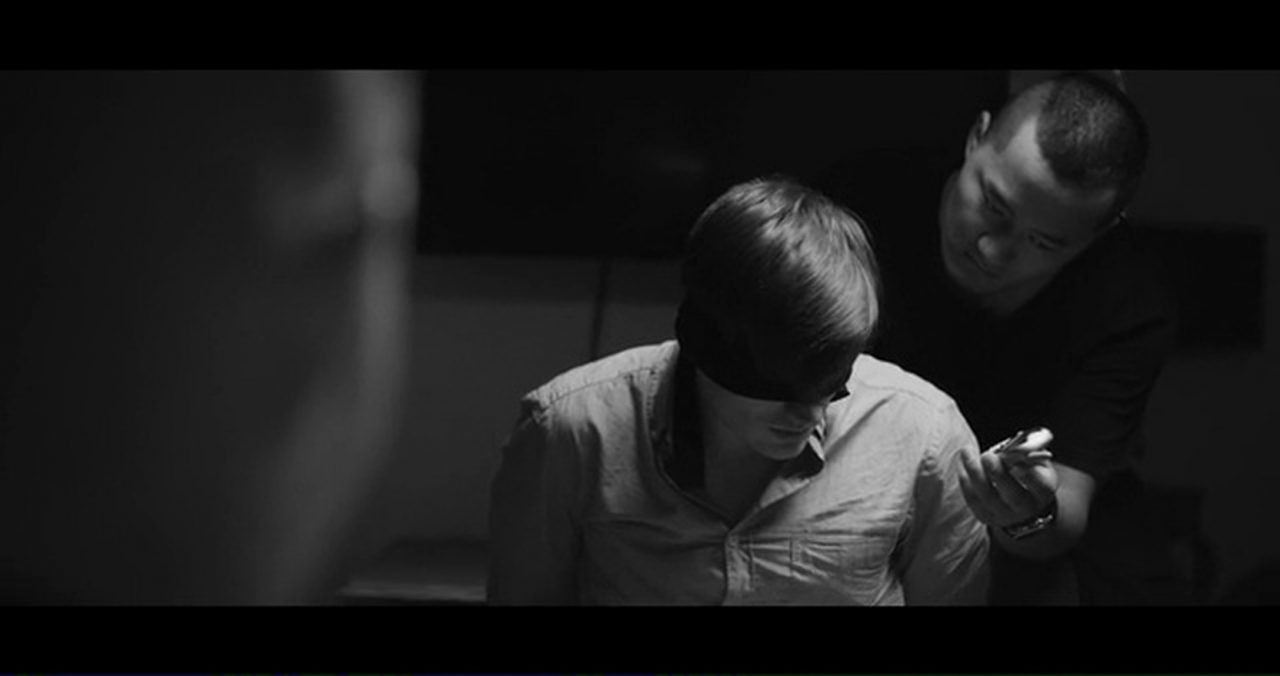 Angels’ rough and intense theme contrasts with how low-key almost everything else is. Beyond the site of the kidnapping, going outside looks like just another seemingly quiet day around the culturally and regionally disparate “ethnic” shop complexes and neighbourhoods that used to be almost exclusive to cities like LA and NYC. While pure indie in its manifest realism, Angels can also feel a bit like a stage play at times in how much it’s driven by lighting and how there are only three main characters and three more with even small roles (which is not a bad thing, as it has enough to do with them). 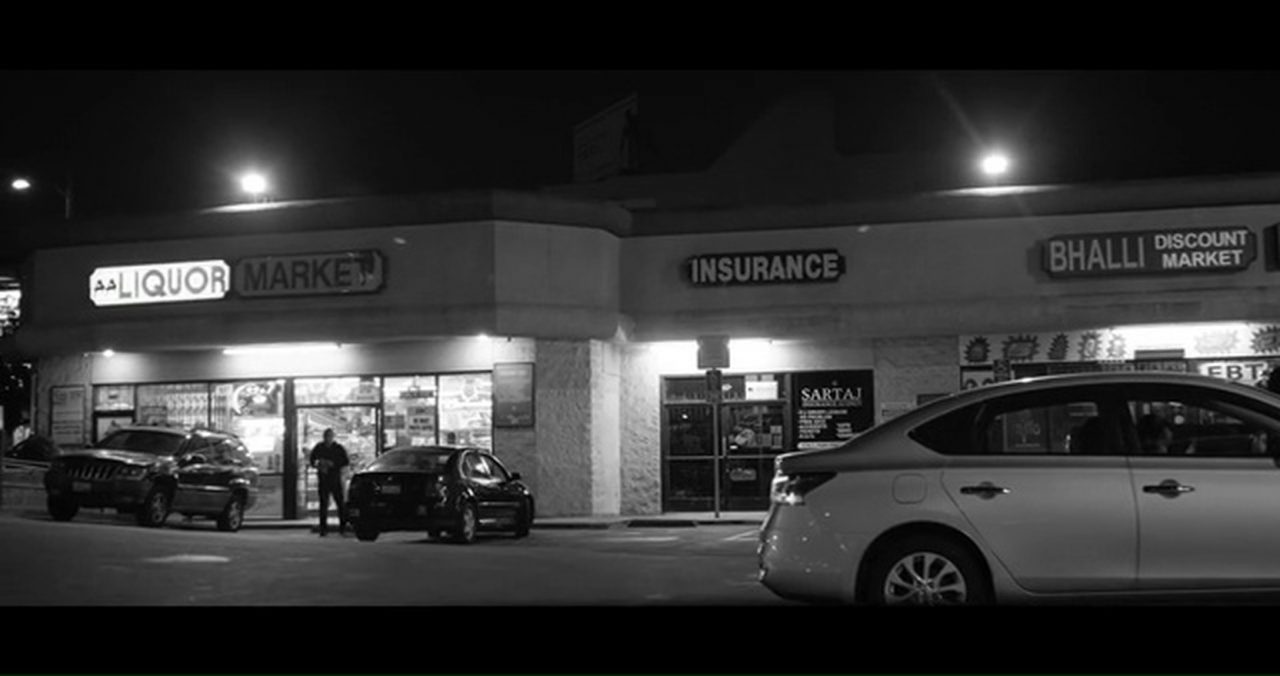 Actually, Angels is sometimes at its best during the moments of post-kidnapping fatigue and ennui. We’re informed that kidnapping isn’t as convenient or glamorous as some movies show it to be, as you indeed have to worry about feeding them, their prolonged posture and taking them to the toilet a lot. It’s the in between moments when the lead duo’s characters and bond are further touched upon, bonding over and giving “commentary” on basketball, White girls and Kpop (saying what all too many Americans inevitably think on the latter due to err, cultural differences). 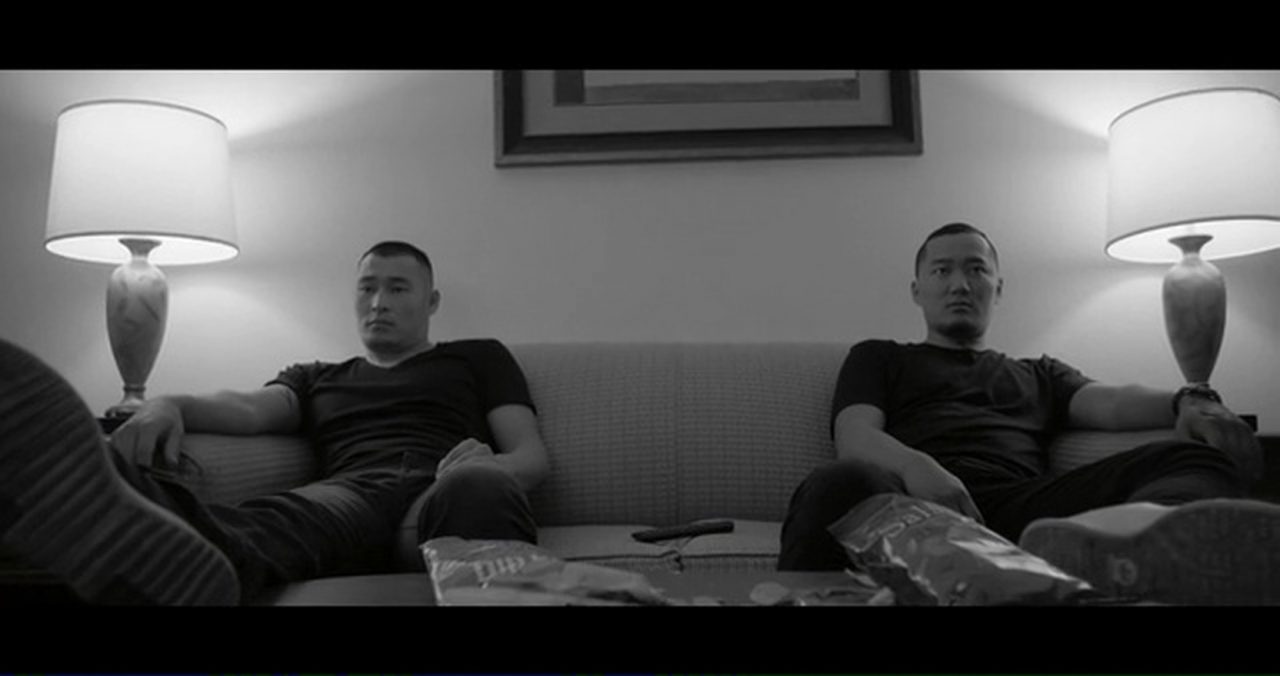 Silence is indeed golden in this film. Long stretches of silence (and often accompanying stasis) permeate and punctuate the tensest, most dramatic and most comedic moments alike. There’s almost no music the whole way through either (not even on the opening, or from cars on the road). The ubiquity of nothingness lends an appealingly different kind of effect to this film, strengthening the sense that the “brothers” — and the audience — really have no idea what to do or what’s on the horizon. But it also makes the film less durable for replay without longer spaces in between in real life as well. 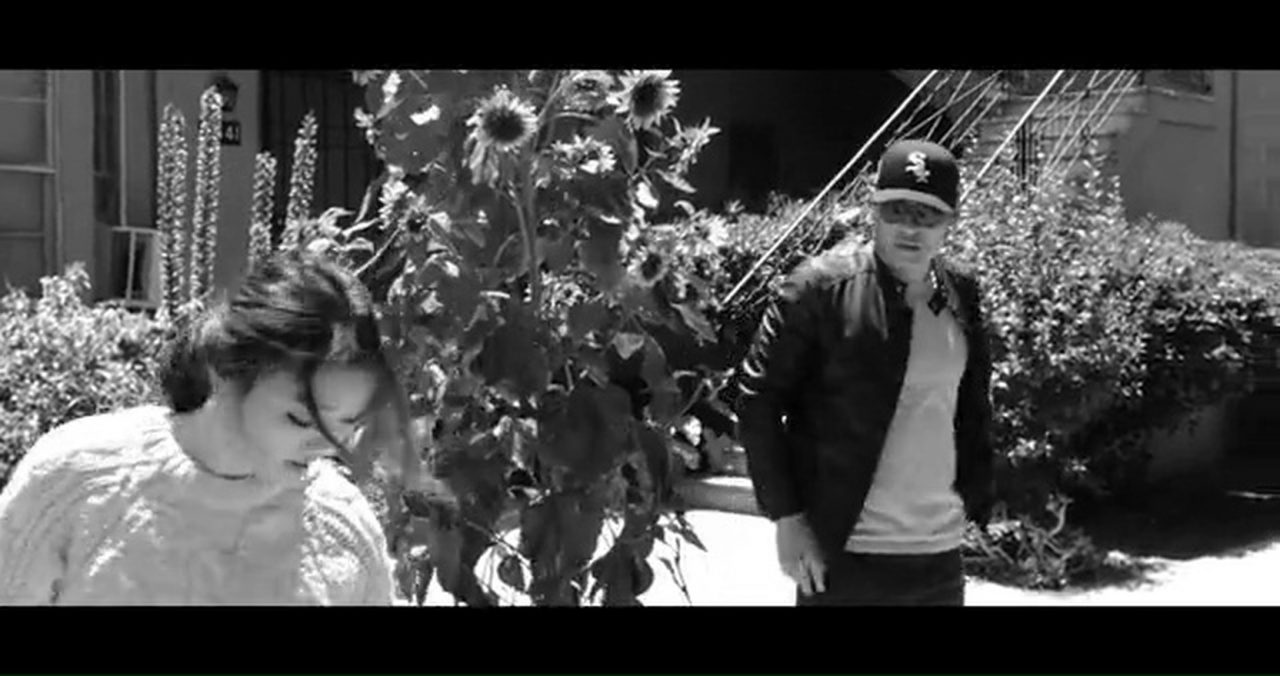 “I’m not getting arrested because of your negligent Mongolian attitude.” 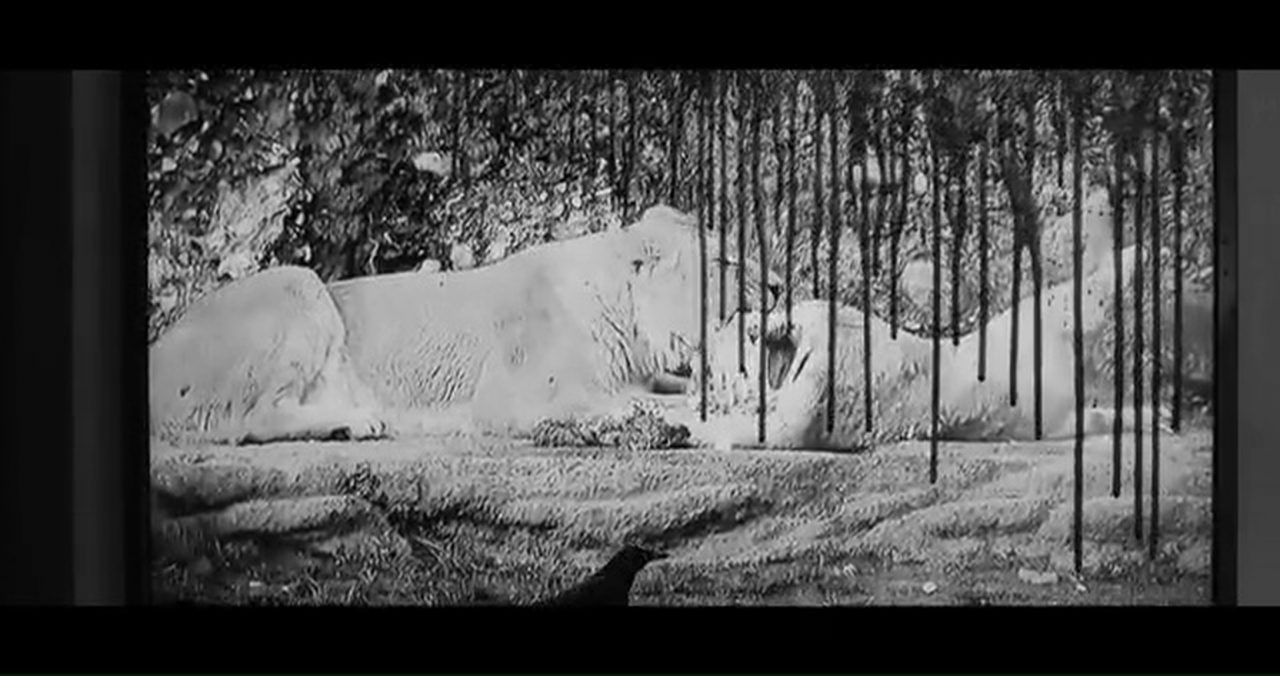 Violence on TV is getting worse….

This film was a more impressively cohesive family and community effort behind the camera than that of its characters. Co-star and director’s brother Iveel Mashbat also served as a producer, while another family member, Uyanga, was a production assistant and played the “Suitcase Lady” — the only female character briefly in sight in this otherwise quite masculine movie (in its subject matter, language, and actions).