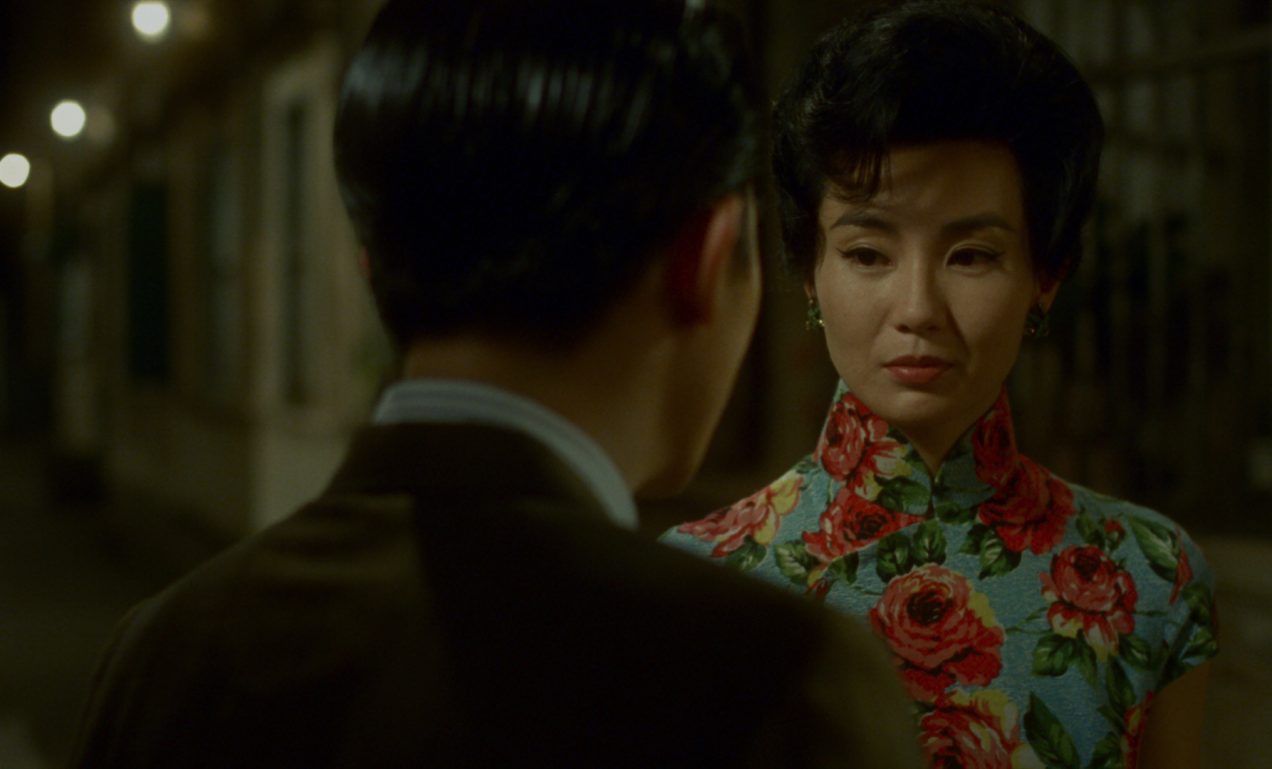 In The Mood For Love is Wong Kar-Wai’s romantic masterpiece to a time long passed, but longingly remembered…

For a film almost 13 years old, whisperingly mentioned in the halls of critics as a ‘romantic masterpiece’ or ‘utterly sublime’, Wong Kar-Wai’s In The Mood For Love still retains a sublime charm that has lost little of its spark over the passing years.

1962 is the year, as Chow Mo-Wan (Tony Leung, Red Cliff, Lust, Caution, Infernal Affairs, The Grandmaster) and Su Li-zhen (Maggie Cheung, Center Stage, Hero, Days Of Being Wild, Police Story) move next door to each other with their respective spouses, into a pokey room in the depths of Hong Kong. Chow is a journalist with a penchant for style, swathed in suits that are reminiscent of post-war fashion; whilst Su Li is the secretary for a shipping firm, carving elegant waves across the screen with her flattering form-fitting, picturesque dresses. These minute clothing details are merely one of many well thought out, minor touches smattered through the film (the brilliant work of Art Director William Chang) to truly bring the essence of a vintage, historic Hong Kong alive.

A symphony of narrow hallways, tight square rooms and dark rainy streets that compose the essence of their burgeoning acquaintance, as each partner grows more detached from their spouse through a combination of extended work hours and expensive gifts. An impromptu meal between Chow and Su Li draws them to the conclusion that their partners are having an affair. This betrayal from their spouses leaves the two torn romantics to gradually grow closer, however, what lies between is never allowed to grow into more than just a platonic relationship, through complications by nosy landlady Mrs Suen and her Mahjong partners, and indeed the politically acceptable social nuisances of 60’s Hong Kong that stop them from getting together through scandal.

The spell about this film is that nothing matters. The magic that makes it all work is that the cheating spouses don’t matter, the fact they are only played off screen or unseen doesn’t matter, the nosy landlady or the shipping firm’s slightly encroaching boss, the only two that matter are Chow and Su Li. This is reinforced by them being cast together in tight spaces; fleetingly passing on the way to the noodle stall or brushing past in infringing hallways. The stylistic work of cinematographers Christopher Doyle and Lee Pin-Bing is at it’s expressive best here; with Lee Pin-Bing’s excruciatingly slow, yet absolutely beautiful static shots that linger in the scene, contrasted alongside Christopher Doyle’s rapid pans and motion flitting around creating tension and extracting the utmost emotion from the characters.

Most telling is Wong Kar-Wai’s ability to craft a story that feels realistic and yet still draws you in with its sense of illumination and fantasy, the work of a master storyteller. The smallest movement is used to evoke passion and a sense of narrative, from a knife spreading mustard to the tapping of fingers, with every shot thought out and carefully planned to evoke a reaction from the audience and convey a meaning to them simultaneously.

The background score is merely the icing on the evocative cake, haunting strings that painfully dredge through dark hallways contrasting with the pacey tone of Nat King Cole as he sashays through restaurants and revelations. This attention of detail and care to the utmost degree is shown throughout, with 60’s Hong Kong faithfully recreated with little effort in cramped sets and extravagant costumes, a film that took two years to make evidently had plenty of time to plan for perfection.

Wong Kar-Wai was clearly at his best when shooting In The Mood For Love, but I can’t help but feel that there is something missing overall. It could be that whilst everything beautifully mashes together like one large jigsaw, only the inner squares are lavishly detailed and the outer pieces are merely to fill in the gaps and appear whole. The film runs for a lengthy 98 minutes yet doesn’t contain a lot of substance, albeit it that what’s there is more than enough to satisfy.

Remember a time when you used to get ‘menus’ listed as a special feature? Well this is one occasion when they really are worth mentioning. Like everything about this edition, time and effort was poured into creating beautiful, animated elements that recreate the feel of the movie. So when the cover modestly says ‘Fully scored and interactive menus’ just let yourself know what you’re getting.

Alongside the film, which looks good (but has notably been superseded in quality since Blu-ray transfers) there is a stack of extras that complement and enlighten on how the film came to be – including deleted scenes and an alternative ending, interviews, on-set reports, costumes and styling documentaries, analysis and reflections on the music, trailers, and even an interactive Mah-jong game and recipes.

Well worth getting hold of if you can. (Andy H)