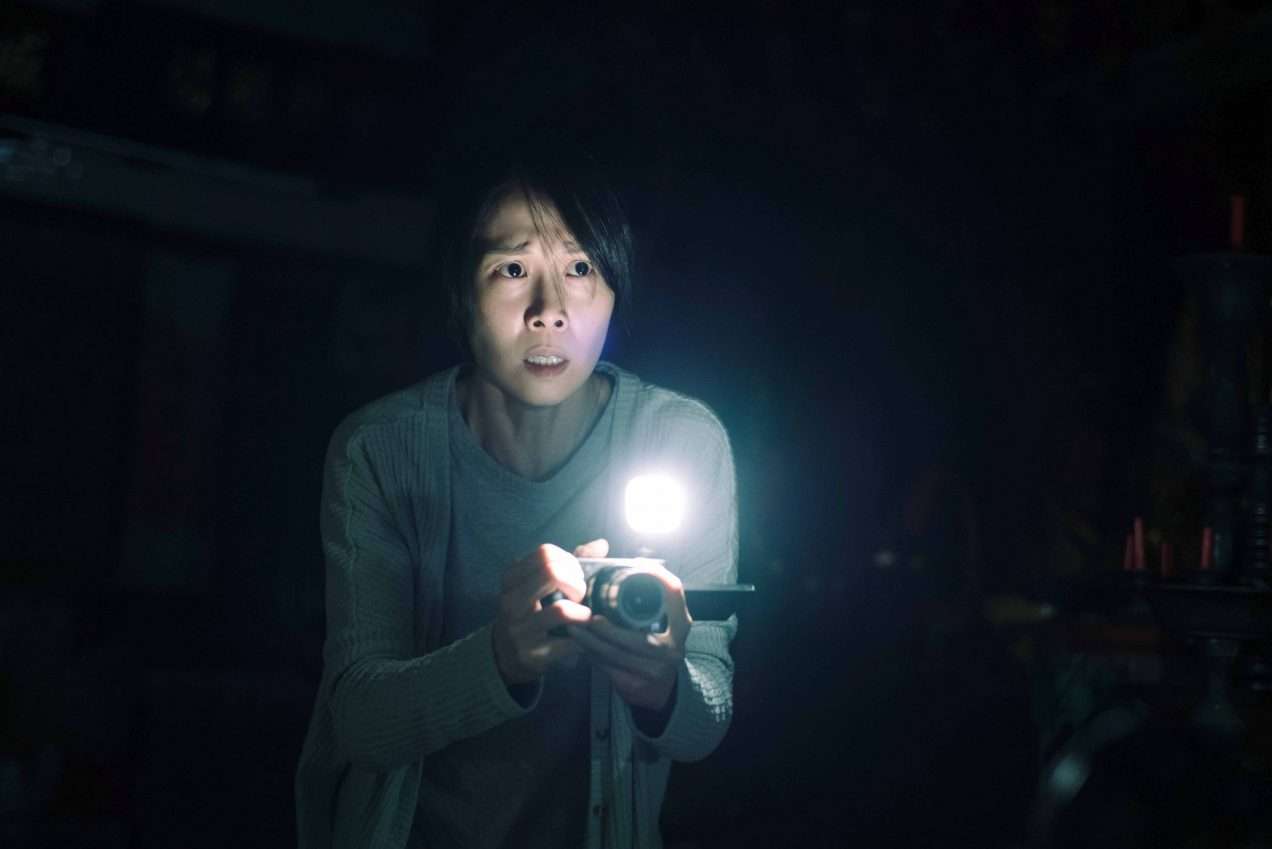 Taiwanese horror has gone from strength to strength in the past few years. From the urban legends of The Tag-Along series and The Bridge Curse, through Giddens Ko’s Mon Mon Mon Monsters and the breakaway box office success that was John Hsu’s Detention, exploring one of Taiwan’s darkest periods. Rob Jabbaz’s The Sadness showed a particularly nasty streak that got the film noticed on the festival circuit and eventually bought up by horror streaming service Shudder. Perhaps no surprise then to find director Kevin Ko, recently behind Mainland Chinese romance Dude’s Manual and co-director of the Giddens Ko-scripted offbeat superhero film A Choo, returning to the genre he made his name with on Invitation Only.

Incantation finds Ruo-nan (Tsai Hsuan-yen, Zinnia Flower) only now returning to society and bringing her six-year-old child back into her life, after spending years in a clinic increasingly convinced she was the victim of a curse. Strange and devastating events in her life pointing towards there being something in her belief. The reason? Disturbing a bizarre ritual in a rural town when part of a group of friends known as The Ghost Busters who investigated the supernatural for a web series. She soon finds, however, her daughter seems afflicted with the same curse. Can she break it and the cycle of horror?

Dubbed the ‘Taiwan’s First-Ever Slasher Horror’, Kevin Ko’s previous feature length horror was hardly well-received the time, though in our opinion perhaps a little unfairly. Some of the biggest criticisms levelled at the film at the time were due to it being felt to be too derivative of the ‘torture porn’ genre popular at the time. Similar accusations could be made of Incantation, taking familiar ideas from the found footage genre made popular by the likes of The Blair Witch Project and Paranormal Activity, and adopted in Asia with films such as Koji Shiraishi’s undisputed classic of the style, Noroi: The Curse. There are other recognisable elements too, body’s entirely covered in script, as per Kwaidan; hints of Allen Wei’s Hong Kong mockumentary horror The Cases. More than anything there are echoes of Ringu, but less long haired dark girls than the cursed video itself, as well as incorporating some of the more cerebral themes and ideas from Koji Suzuki’s original novels.

The strength of writer director Kevin Ko’s work, together with co-writer Chang Che-wei, is to take these ideas and the conventions of found footage and simply run with them, disassembling the narrative (roughly) into two timelines. Rockid Lee’s rumbling score leaves you in no doubt of impending doom as it ratchets up over even the most seemingly innocuous events. (Though to be fair, little here is.) Ko may use every visual device in the book to bring the found footage style to life, from different resolutions to corrupted file effects and stuttering. But he does it with such a pace that you don’t get a chance to ask questions like, even in this day and time where nearly every device can have its own camera, can there really be that many in one room?

Instead, you hardly have time to catch your breath before the next scary weirdness arrives. Avoiding the issues with Banjong Pisanthanakun’s recent The Medium, which couldn’t decide what it wanted to be, and gave you too much time to see the holes. Ko’s work doesn’t suffer from exposition either, a welcome change from horrors that derail themselves trying to explain everything, though it does mean that some references and plot points get too easily lost in the process. There really is no let up on the pace of the film – which may be overload for some viewers – but puts it on common ground with The Sadness, however different the content, just due its relentlessness. And at the core of the film, Tsai Hsuan-yen grounds the supernatural with a superb performance at the heart of film, neatly winding in ideas.

All of which makes for one hell of a ride, and has made Incantation the most successful horror film at Taiwan’s box office since Detention. And no doubt will bring it to a wider audience soon. (Just beware if you expecting anything like Kevin Ko’s most recent films!)

Incantation had its World Premiere at the 24th Udine Far East Film Festival 2022.