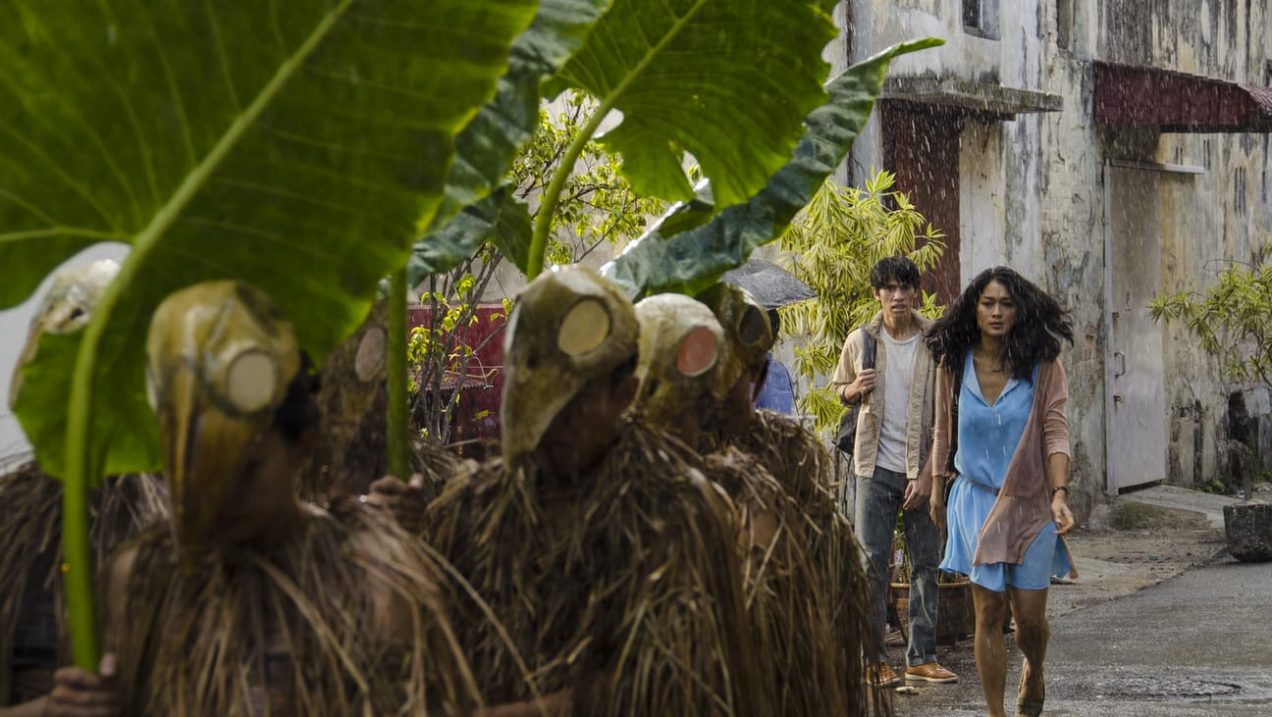 Dain Said’s previous film, Bunohan: Return to Murder, was well-received at the film festivals around the world. Set in rural village in Malaysia, it followed a story of crime and complex family relationships. This time, Said comes back with Interchange, project hugely inspired by Malaysian colonial past juxtaposed with tribal culture and rituals. Contrary to expectations, story is located far away from rural areas as Said choses Kuala Lumpur to serve as an unnamed Southeast Asian big city, where the mysterious noir narrative evolves.

Interchange starts with drag queen softly singing, Malaysian Marlena Dietrich in the green neon light. The story focuses on police photographer, Adam, who became traumatised by recent murder case involving shattered glass photo negatives and bird feathers. As the next victim dies, detective in charge of the case pushes Adam to help him solve it, as the photographer seems to suffer from palinopsia, the sensual disturbance where visual image of murder scene keeps coming back to him. The additional ability, closely linked to his identity as a photographer, gets him involved in a story that originally was not his own. Interchange recontextualises film noir template, as femme fatale appears to have a 100-year-old unfinished business.

Interchange’s strongest point is actually a reflection on the ghosts of colonial times and the nature of photography itself. Both revolve around the idea of being trapped, framed in the eye of someone else, who automatically gains power over the photographed subject, that can be categorised and again, trapped in the catalogue. It’s connected to the fascination and dread, simultaneously felt by a child flicking through encyclopaedias and atlases for the first time, seeing images from unknown, far away lands. Dread is partly caused by the meticulousness with which the objects are categorised and put into brackets. Interchange’s narrative incorporates an actual book, written by Norwegian ethnologist, Carl Lumholtz, who studied several tribes during his expedition to Malaysia. Through Central Borneo; an account of two years’ travel in the land of the head-hunters between the years 1913 and 1917 turned out to have a fatal consequences for some tribe members photographed by Lumholz, as they attached too much meaning to the glass photo negative.

In Interchange, treatment of space is especially interesting, as city and nature are in the state of constant transgression, which almost reminds a fairytale. Juggle hidden behind small door passage inside of a building, white new apartments cubicles contrasted with tangled up lianas, hybrid creature crawling through high speed road, it all wittingly plays with the idea of an actual interchange. The sole photography medium is treated as a liminal space, passage between worlds and different modes of time and perception.

Let’s not forget about the actors, because Said managed to select some amazing cast. At first, Shaheizy Sam catches attention as witty and determined detective. He has all the qualities of film star, with his own manner of acting and on screen persona. Yet his behaviour turns tame with time, as characteristic smiles and movements are a bit overused. Iedil Putra, playing main character, remains unvarying, but his numbness and lonesomeness remains charismatic and convincing. Best performances came from Indonesian actors, Nicolas Saputra and Prisia Nasution, creating complex characters trapped in time and their own bodies.

Language remains a vital aspect of Interchange world, as it bears the mark of British colonialism, as well as intertwined histories. Characters mix Malay, Singlish and English in one sentence, expressing complex identity of Southeast Asia region. There, ghost of colonialism still inhabit people’s consciousness, tangible and intangible cultural heritage, thus the XIX century shadows are more present and touchable as one might expect in a fast-modernising Southeast Asian country. Now is the time to face the ghosts and write one’s own history, confronting and reinterpreting the past. As Dain Said himself said: “I think Interchange is our story, a South-East Asian story that we can all recognise. It’s a western genre, and I turn it into a South-East Asian story”.