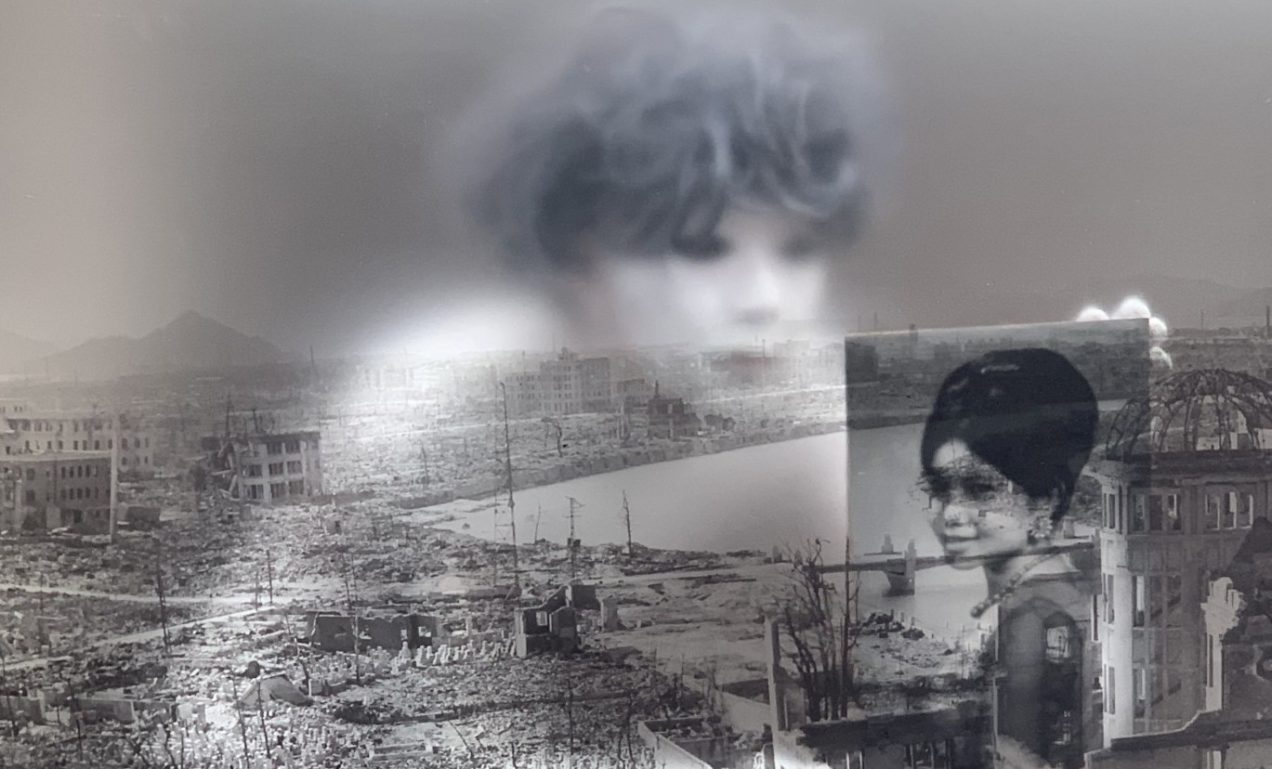 Panh Rithy certainly has some award pedigree when it comes to documentaries about his homeland of Cambodia and the aftermath of the Khmer Rouge and, with him being so close to that subject matter it is an interesting foray into the experimental with Irradiated. Presented in a Triptych format that sometimes combines, sometimes has footage in reverse and repeated, it is a supercut of archival war footage interspersed with directed mime and dance to reflect the aftermath of war. Combined with poetic pronouncements by a male and female voice and suitable music it certainly is experimental and artistic – but a documentary it is not. It’s more of an art piece that ultimately shows us war is bad, people suffer and we are the designers of our own destruction.

I appreciate the footage remaining as degraded and not cleaned up, symbolic perhaps of the sanitisation of war footage, the parallels drawn between loss of hair in Hiroshima to the concentration camps and the sheer volume of atrocity the world has allowed to happen, but overall it was not a film that truly engaged me and just proved that you cannot take a lot of archive materials and create a narrative from them this way.  A lot of the footage is taken from Resnais’ Night and Fog which is a third of the length and far more powerful exploration of the evil of war.

As a statement piece, the subject is far too broad to engage the full empathy that a narrower focus can bring. While the footage is both familiar and harrowing, spanning every conflict the last century had to offer, war as a whole concept is almost too big to comprehend and evoke emotion unless it is brought down to a more individual level. The blending of one conflict into the next, the dead bodies, the crowds that Heil Hitler  – it’s all very bleak and relentless but with a narrative thread it just becomes a screensaver with poetry and I’m sure that was not the aim of the director.

I think I would have appreciated this more as an art installation running on a loop as part of a special exhibition than a film.  I am intrigued enough about his work here though to see some of his other films and, perhaps, as I’m not familiar with previous productions I am missing an appreciation for what he has done here.