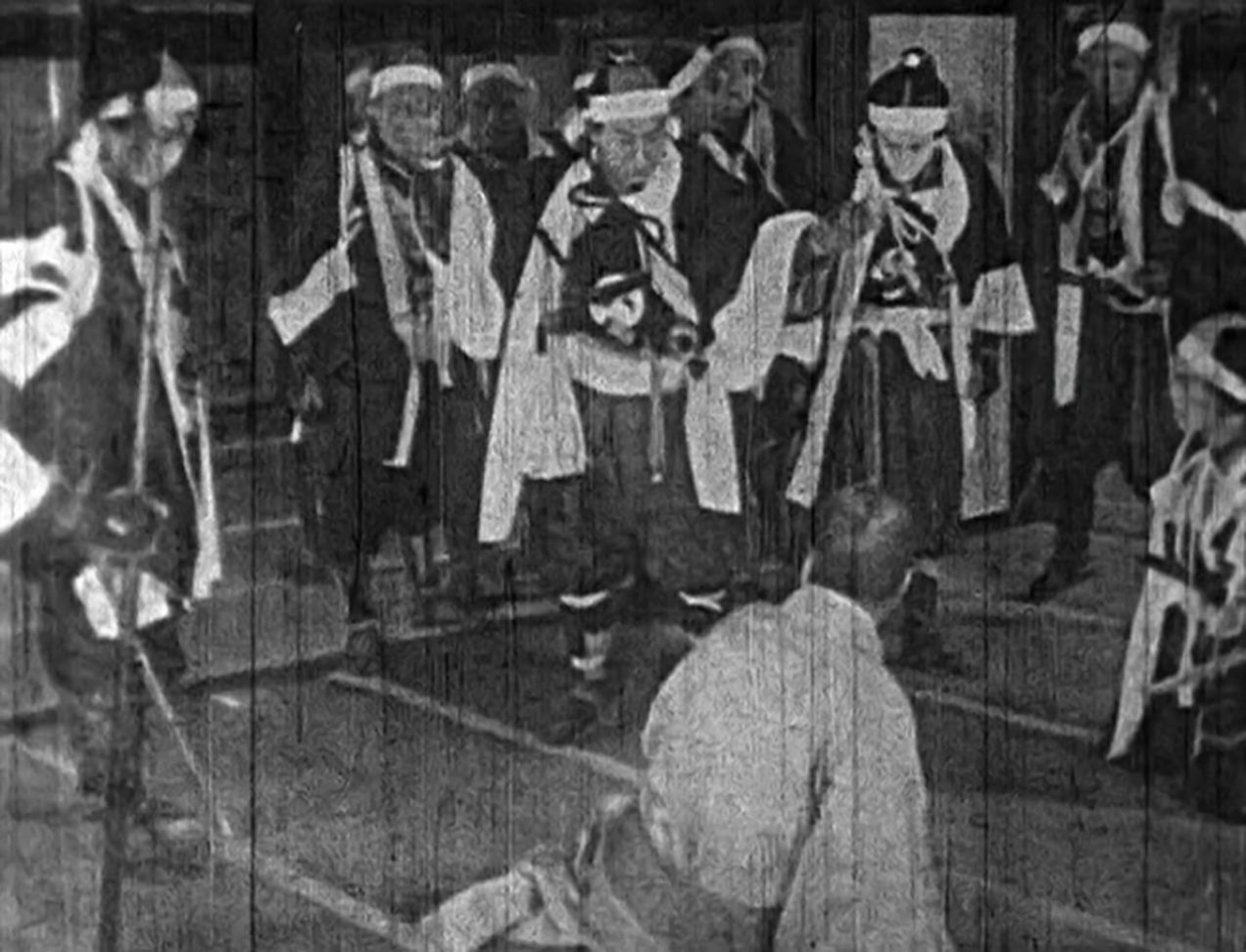 Director Shozo Makino is considered the father of Japanese cinema. Together with the Kabuki actor Onoe Matsunosuke he churned out hundreds of so-called kyugeki during during 1909 – 1921, primitive period films which were not much more than photographed Kabuki theatre. Thus, Onoe became the first star of Japanese cinema, depite of him viewing cinema as nothing but a vehicle of Kabuki.  Until 1921, the camera in Makino’s films remained almost always static, the only cinematic element were simple jump cuts akin to those that Georges Méliès had perfected already in the 1900s. That same year Makino ended his cooperation with the ageing Onoe and founded his own production company. As a producer, Makino funded the work of courageous young directors who quickly transitioned the jidaigeki (period film) into its first age of greatness.  While Makino now produced technically superior, often revolutionary jidaigeki, he was secretly ashamed of the role of his own films as regressive Kabuki imitations having prevented the maturity of Japanese cinema for so long. Consequently, for his 50th birthday he made the decision to create a masterpiece. Based on the legend of the 47 Ronin, he directed Jitsuroku Chushingura. A film whose production should have unforeseen consequences …

The faithful vassal of the shogun, Asano Takuminokami (Tsuzuya Moroguchi) is ordered to acommodate the high-ranking imperial messenger Kira Kozukenosuke (Kobunji Ichikawa) in his estate. Upon arriving the latter turns out to be corrupt villain who misses no opportunity to humiliate Asano. Finally Asano can no longer bear the rebukes of the messenger and hurts him with his sword. A heinous crime! Asano is forced to commit seppuku and the clan of the wakasama (“young lord”) is dissolved. But 47 of the former retainers refuse to tolerate this injustice. Led by Kuranosuke Oishi (Yoho ii) they plan their revenge on the cruel Kira. 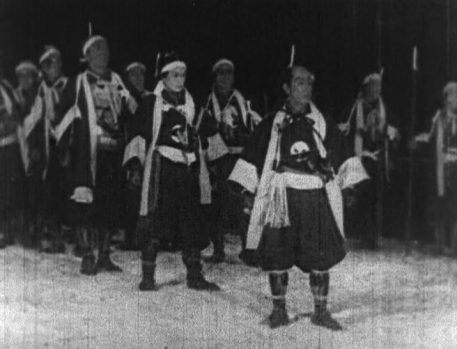 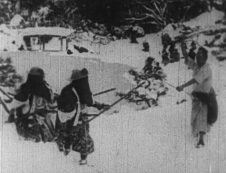 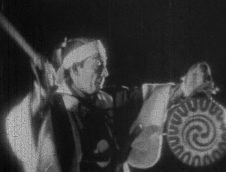 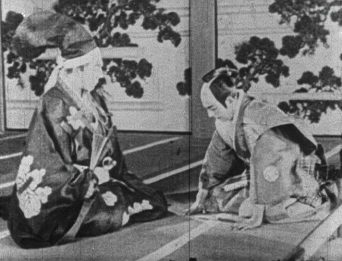 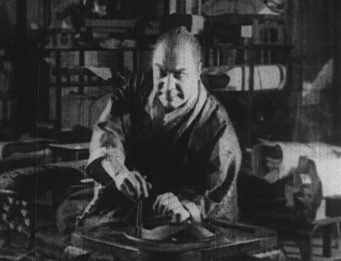 Jitsuroku Chushingura is one of these films who, despite being important documents of filmmaking, can hardly be evaluated from an analytical perspective. My rating of the film can therefore be seen as a purely formal scoring. Foremost, this review describes the highly interesting production history and is not an analytical discussion of the film.  ”It is said that it is shameful to have not accomplished one distinguished service after 50 years of life. I have been working in the film industry for 20 years. This year I would like to make a good film!”. This Statement of Shozo Makino is a testament to the great ambitions that the director-turned-producer associated with the production of Jitsuroku Chushingura.  Technically the film proves Makino’s comparatively more profound understanding for the possibilities of the medium: On display are fluid tracking shots, close-ups and rapid cuts during the carefully choreographed fight scenes. Of course, such cinematic techniques were already standard practices of the industry, but compared to the Makino-Onoe productions, they seem almost revolutionary.

The lavish sets and splendid costumes then are witness to the effort that Makino invested in his masterpiece. Furthermore, the director is supported by an impressive all-star cast. The film stars such soon-to-be giants of jidaigeki as Kanjuro Arashi (as Chosaburo Arashi) or Chiezo Kataoka and even Makino’s son, Masahiro, as well as the highest authority of Shinpa, an early form of contemporary theater, Yoho Ii as nasty Kira.  The latter, however, disappointed Makino: Makino felt, Ii, an actor only versed in modern theatre, was too unnatural in the role of a famous jidaigeki villain. For todays recipients of the film it is no longer possible to make such judgements since now only a fragment of 64 minutes remains of the epic production.  From the surviving scenes one can deduce that Jitsuroku Chushingura follows the plot of the extremely famous tale of the 47 ronin in a rather pedestrian manner, but even the plot is difficult to reconstruct today: During post-production, a fire broke out in the studio and destroyed large parts of Makino’s version. The film was finally released in the movie theatres by  Makino’s sons, Masahiro and Sadatsugu Matsuda, with the addition of newly shot scenes. Today, how much of the extant film was shot by Makino remains unclear.

Now, whether the film was really Makino’s masterpiece or not can no longer can be assessed. In all cases, his sons’ edit went on to become a great success at the box office. Unfortunately, a major dispute between the actors and the management followed the production. As a result, about 50 contract actors of Makino’s left the production company, including Kanjuro Arashi and Chiezo Kataoka. In 1933, “Makino Kinema Toijin Film Studio” had to close its doors forever.  The decline of the production company also marked the end of the “Golden Era of Jidaigeki” (1924 – 1931). Makino’s employees, even his children started to work at other studios or set up their own businesses, often with great success. But only in the post-war years the jidaigeki should reclaim its old glory.   Makino, however, shouldn’t live to see that day. He died on July 25, 1929 from a heart attack – having not yet reached his 51th year of life.

Join us for Pablo’s regular strand looking at classic Japanese cinema on the first and third Wednesday of every month.