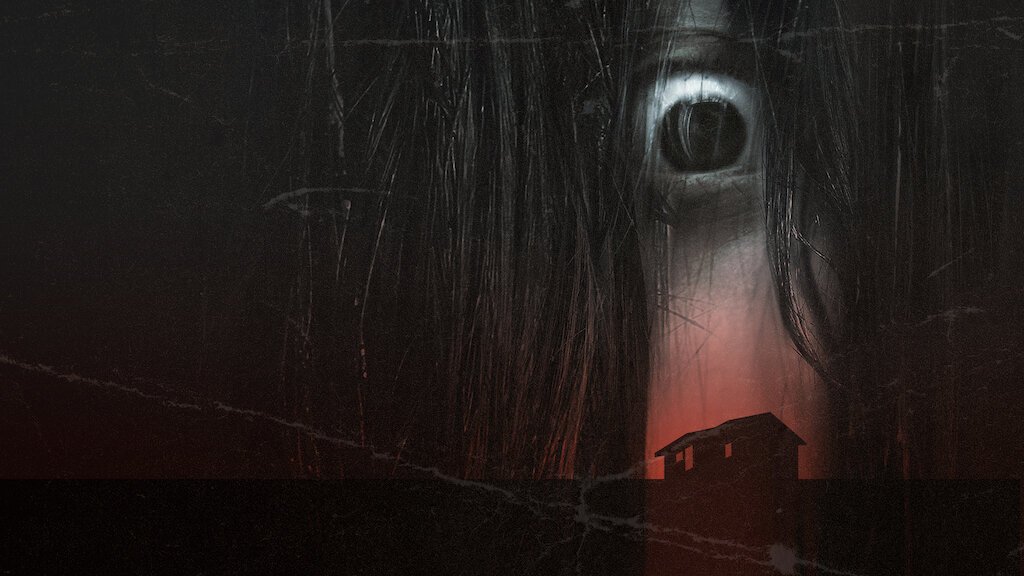 Besides Ringu, Ju-on is undoubtedly the best known of Japanese horror franchises. Spanning over two short films and 13 feature-length films, the terrifying curse of the Saeki family has managed to scare the living daylights out of thrilled horror audiences for nearly two decades. Now, Netflix together with NBC Universal Entertainment has brought us a whole new chapter in this never-ending tale of terror: Ju-on: Origins. As the name would suggest, the series takes a dive into the past and explores the horrors that happened in the Nerima suburb before the Saeki family ever set a foot on the cursed property.

The story involves two sets of people in four different times: in 1988, 1994, 1995 and an undetermined time in the past. We start in 1988 with TV personality Haruka Honjo (Yuina Kuroshima) and paranormal investigator Yasuo Odajima (Yoshiyoshi Arakawa) taking part in a talk-show where Haruka recounts a paranormal phenomenon present in her apartment: a sound of child’s footsteps. Furthermore, she has managed to record a strange voice whispering unintelligible words to the recorder. This sparks Yasuo to investigate the weird happenings further and after interviewing Haruka’s boyfriend Tetsuya and learning that the origins of the nightly noises might not have anything to do with Haruka or her apartment, but rather the source may be house recently visited by Tetsuya, Yasuo is convinced that there is more to this story than meets the eye. The second story arc follows a high school student Kiyomi Kawai (Ririka) whose transfer to a new school is made necessary after her abusive mother slept with one of her teachers. It does not take long for two school bullies to get their sights on the new girl, and soon Kiyomi is lured to a local abandoned house with promises of friendship, with horrific results.

These are not the only storylines present in the series and several other side characters get tangled up in this web of horror, but in the familiar fashion of the Ju-on franchise, they all link to each other one way or another in the end. Despite the series jumping in time and following several different plotlines, the storytelling is more linear than seen in the films and therefore relatively easier to follow. The ghostly action amps up somewhat towards the final episode and with it the fractured nature of time comes to play a little bit more, blurring the lines of present, past and future. Each episode only runs around 28-minutes but work very well in the limited time allotted to them. The story moves on with a decent pace, with one episode sliding smoothly into the next and you could easily watch all six episodes back to back as they were a feature film.

Where Ju-on: Origins falls down slightly is the ghosts, or the distinct lack thereof. There are some ghosts, of course, but for my taste, they were too few and far between and unfortunately, not actually that scary. The main ghost, a mysterious lady in white that haunts those who enter the cursed premises, does not manage to conjure up anywhere near the dread that her predecessor Kayako did. There is a distinct feeling of this simply being a lost soul in need of some assistance, rather than a horrific hate-filled spirit out for mindless revenge. Of course, that is exactly what Kayako originally was (to a degree), but she also brought with her a deadly force from which there was no escape, haunting her unfortunate victims until she was ready to dispose of them. And not only that, she also looked really freaking scary. With her pale skin, blood-soaked body twisted up by horrific violence and the eternally horrifying death rattle, she is one of the most iconic ghosts of all time, and in all fairness, something that is nearly impossible to live up to.  However, I do feel that the good people behind Ju-on: Origins could have tried a little harder to match that terror. As it stands, this spectral lady has a long way to go before getting anywhere near Kayako’s reign of terror.

It is not all bad news though. Even with the unfortunate lack of scary ghouls, Ju-on: Origins does deliver when it comes to story, ambience and gore. Like the original films, the atmosphere of the story of is as bleak as they come, with very little humour or positivity to give the tale any levity. The themes of domestic and sexual violence, bullying and suicide all continue to play a big part in the story, and occasionally making for rather unpleasant viewing. There is a surprising amount of violence, some of it quite gory, that really helps cement the series’ grim atmosphere even further. While some characters are perhaps luckier than others, none of them fully escape the terrifying gravitational pull of this house of horrors. It is like anyone who enters the house is eternally stuck in their own personal hell, doomed to repeat whatever cruel fate they suffered within.  I do not want to give too much away, but I will say that if you happen to be pregnant and/or sensitive to violent material involving pregnant women and children, maybe give this one a miss. Both of those aspects are revisited throughout the series numerous times, with more and more ghastly results.

The end is desolate and horrifying, but also, I am happy to say, open for a sequel.  While Ju-on: Origins may have not been quite the fright fest I was expecting, I nevertheless enjoyed it immensely. It kept true to the pitch-dark world that Takashi Shimizu so lovingly created 18 years ago, leaving me with a distinctly gloomy mindset as a result. Some viewers will undoubtedly be disappointed with the lack of jump scares or other kinds of ghostly terrors you might expect from a member of Ju-on franchise, but I do believe that most fans of the series will be pleased with the latest offering in the cannon. It is gruesome, grim and fantastically dark: everything that a Ju-on series should be.

Ju-on: Origins the TV series is available to stream on Netflix.