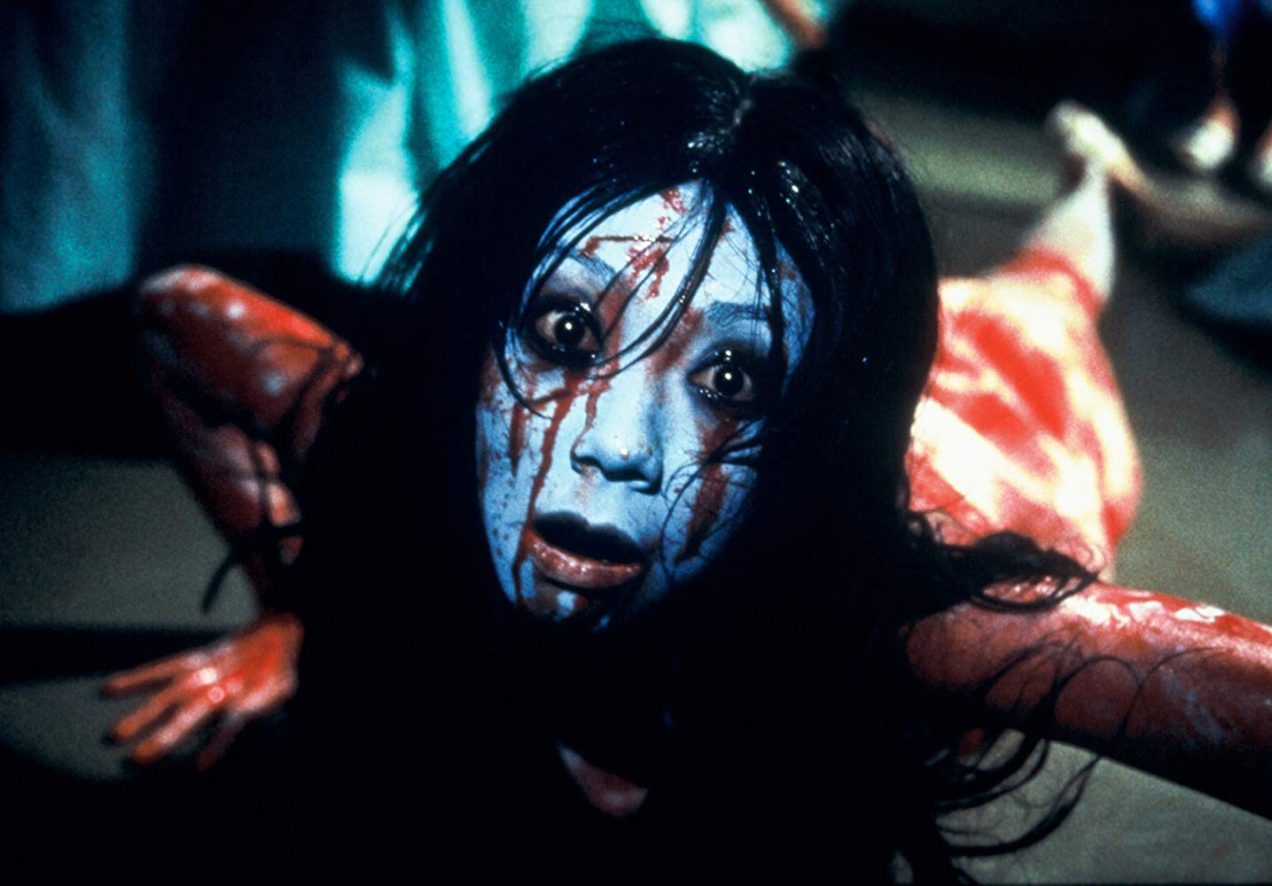 There’s no doubting director Takashi Shimizu’s ability to do some very scary, very unsettling stuff, but has he achieved his potential yet?…

Director Takashi Shimizu’s sequel to Ju-on: The Gudge (in fact the fourth film in the series if you include the straight-to-video originals) tries hard to find new ground with an old formula.

This time the curse seems reawakened when a pregnant ‘scream queen’ actress Kyoko (Noriko Sakai, Premonition) and her husband become involved with a strange encounter with the ghostly child Toshio. The encounter ends in a car crash, causing Kyoko to miscarry and her husband to be put in a coma.

Soon she returns to work, but when she appears as a guest star on a horror-themed TV show set in an alleged haunted house strange things begin to happen to the crew. Soon members of the crew are disappearing, Kyoko’s mother dies and she find herself pregnant again. Could the curse of Ju-on be reawakened?

Rush released scarcely more than half a year after the original, Ju-on: The Grudge 2 feels less finely tuned than the original. Shimizu seems to wallow in casting ‘nice’ TV stars as his leads, taking a while to build up to the real frights. When they come it’s business as usual, as the film is chaptered with the characters (victims) names and overlapping storylines.

The story picks up on the current, somewhat unpleasant (isn’t that the point of horror?) obsession in Asian horrors for plotlines involving pregnant women, such as The Eye 2 and Dumplings, not to mention borrowing part of the story for Spiral. Considering the scenario, you wonder if he missed a trick not taking more advantage of the footage around the TV show and pushing the plotline more in the direction of The Blair Witch Project (Though arguably he made up for that in the next film…)

Shimizu takes a macabre delight in how he picks off the characters one by one, rather like an old Italian Gaillo/Dario Argento horror movie. For one he introduces the fate of a character by them hearing the sounds of their own death several nights earlier. For another, he mixes dreams and reality till it’s impossible to tell one from another.

It’s enjoyable stuff, and sure is scary, only going to prove just how clever he can be. Sadly as a whole the movie doesn’t live up to that potential. It’s not as tightly directed as the first Ju-on, and you wonder just what he could do with something with a little more substance.

That film isn’t Marebito, though it’s far more interesting and personal a journey than Ju-On 2– if disturbing to watch.

Masuoka (Shinya Tsukamoto, Ichi The Killer, A Snake Of June, Tetsuo) is a cameraman obsessed with the concept of fear. When he captures a gruesome suicide on his camera, he longs to understand what scared the man so much that he would do that to himself.

Returning to the scene he discovers a doorway to a strange, cavernous underworld of ghosts and peculiar creatures. Here he finds a naked girl, mute girl who he takes home. Soon he finds that only blood will nourish her, but who is she? Has Masuoka finally found the secret to the knowledge he so craves?

Based on the novel by Chaiaki Konaka, Shimizu allegedly knocked out Marebito in just 8 days before starting the American version of The Grudge. Despite the incredibly short shooting schedule, the result is a far more considered and composed film than Ju-On 2.

It is, however, a real test of viewer endurance – this is no easy watch by any means. Footage from CCTV camera, Masuoka’s camera and even the world around him become confused as we step into his madness. That shifting reality is reminiscent of some of David Cronenburg’s work, like Videodrome or Naked Lunch. There’s also more than a passing resemblance to the lead character in Michael Powell’s Peeping Tom, detached from reality and even his own actions through the lens of a camera. Only now updated for the digital age where we can even get video on our mobiles.

This madness spreads like a virus throughout the picture, making the result even more unpleasant and certainly less conclusive than Shimizu’s pervious work. Just what is the reality of Masuoka’s situation? Frustrating ambiguous, this is still a fascinating if somewhat twisted psychological horror.

Good transfer and sound, with an audio commentary by Bey Logan. There’s also a whole second disc of extra features. with plenty of behind the scenes footage and deleted scenes, as well as informative interviews with director Takashi Shimizu and the cast. (Not to mention an ‘interactive’ journey through the haunted house, packed with additional material!)

Though not as jam-packed as the release above, this too has plenty of interviews with director Shimizu and the cast.