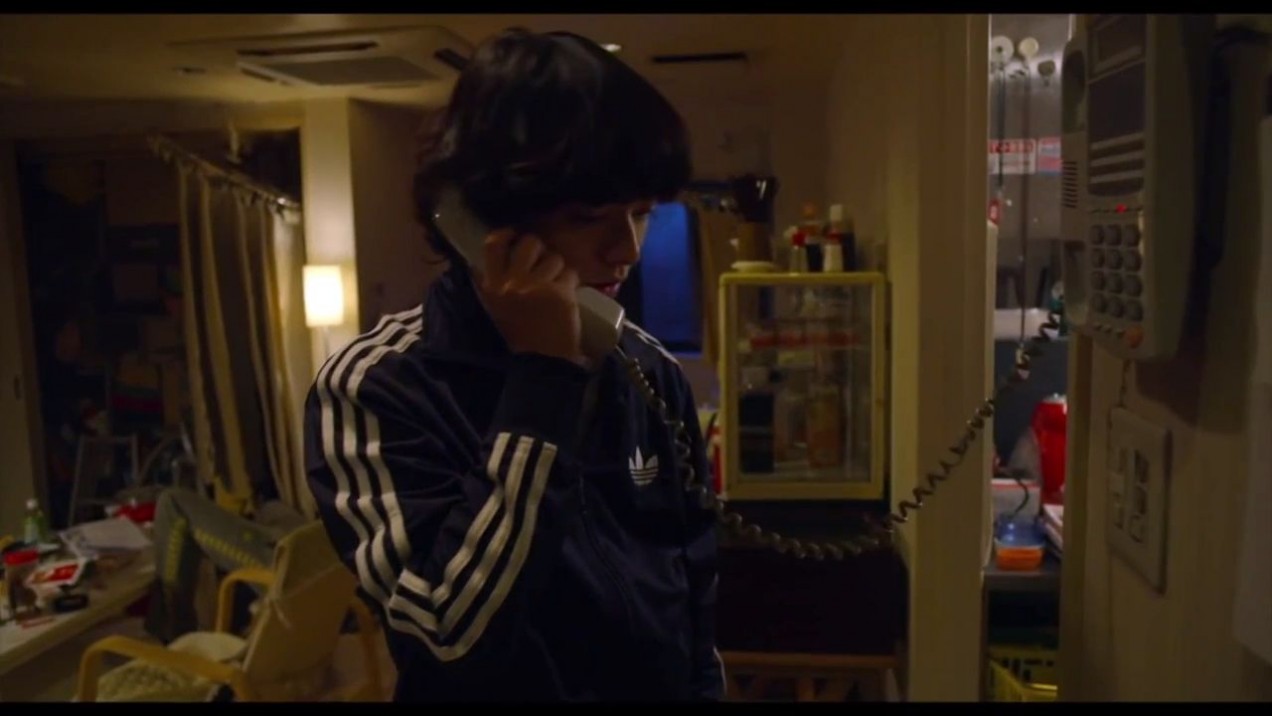 The film opens with singer-songwriter Saya (Atsuko Maeda, former pop-idol of AKB48) and her boyfriend Toru (Shota Sometani) in their apartment, she’s in love with her music and he’s lost the love in their relationship. Saya is about to be signed to a major label, whilst Toru is hiding from her the fact he lost his job at a 5***** hotel and is now the manager at the Atlas Hotel, an establishment with a seedy reputation for being a ‘love hotel’ in the Kabukicho district of Tokyo. We then follow Toru as he goes throughout his day, with the film taking place over the course of 24 hours and scenes intertwining between his daily job and the visits of others to the hotel. Other visitors include the Korean call girl Mena (Lee Eun-woo), Satomi (Kaho Minami) the hotel cleaner who is also a fleeing convict, and teenage runaway Hinako (Miwako Azuma).

The narrative frequently meanders between characters and different plot strands, never tiring and always offering something different just when the action is dipping. The most engaging part of Kabukicho Love Hotel is the sheer tenacity shown throughout each narrative arc the characters go through, and how they all intertwine and loop through one another, always returning back to the titular hotel and manager Toru. One particularly interesting story involves a married police detective (Aoba Kawai) having an affair with a colleague (Tom Miyazaki), and accidentally stumbles upon Satomi, as she is wanted by the police. What follows is a series of partially engaging but mainly dull antics with little spirit, as all the characters aimlessly meander through the motions of their script with little heart or direction. The actors seem lost on the screen, or appallingly lifeless, with a half-dead performance put in from Shota Sometani who just gives off the impression he’s waiting for a paycheck between Parasyte part 1 and part 2.

The storyline appears to be non-existent, though that really is nothing to consider when presented with a film along these lines. There are probably too many plot strands and tertiary characters to clearly keep track of, alongside a number of deviating side-plots that never reappear or go anywhere in the first place (such as a bizarre small scene about right-wing anti-Korean protests), or even worse the script skips believability and tries to wrap up with a nice bow (such as the ending of a short tale between a runaway and a gangster).

My main issue with Kabukicho Love Hotel is that the pink scenes feel like fluff, and what’s not fluff just feels distasteful and vulgar. Not for a lack of trying or disappointing cinematography, but a drastic lack of padding in the script and emotional build-up makes any kind of tense or attractive moments in the film fall flat. The tender moments of sex feel rushed and unbelievable, whilst half of the characters and their narrative arcs are as wooden as the sets they’re acting upon. My most disappointing comment is that the reputation of Hiroki and the trailer for the film built up my expectations a small amount, and the film can’t even live up to it’s own name, perhaps this was one pink film too many for Ryuichi Hiroki and could be a good sign that he should finally stop making faux-porn films.