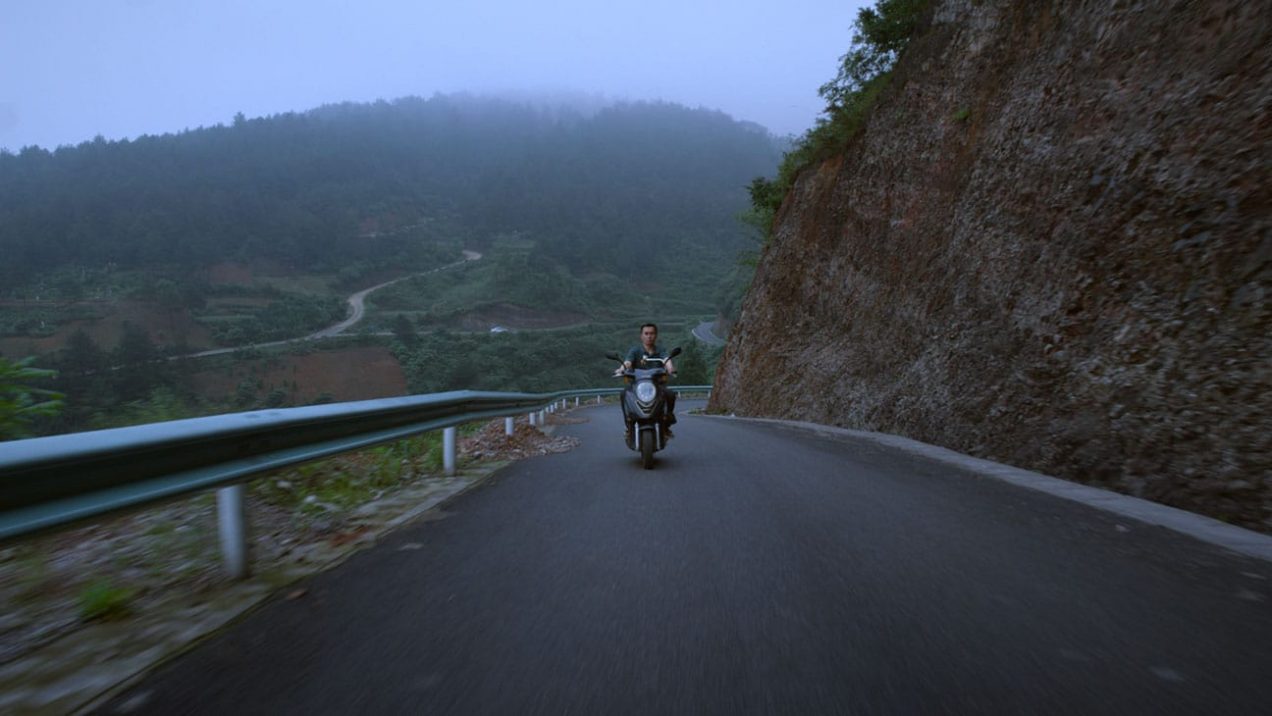 Chinese writer director Bi Gan makes his debut with Kaili Blues, a remarkable independent art house drama which weaves together the past and present as it follows the strange journey of a doctor in rural China. One of the very few indie productions to make it to the big screen in China, the film first completed a very impressive tour of duty around international festivals, including the likes of the Golden Horse Film Festival and the Locarno International Film Festival, where it won a number of best new director and best first feature awards.

Set in the rainy small town of Kaili in Guizhou Province, the film stars Chen Yongzhong as a doctor who spends his days taking care of his patients and discussing dreams with his elderly assistant (Zhao Daqing). Spurred on by a request from her to deliver items to a former lover, Chen decides to undertake a journey to Zhenyuan to track down his nephew Weiwei (Luo Feiyang), who has apparently been mistreated and abandoned by his brother Crazy Face (Xie Lixun). On his way, he ends up in a place called Dangmai, where time is out of sync, and where memories and the present coexist in non-linear fashion.

Although the premise of Kaili Blues may sound like fairly standard art house indie fare, this is really more of a framework than a plot, and whilst the film has more structure and grounding than the films of Apichatpong Weerasethakul, which it does resemble at times, it’s not one for viewers looking for a traditional narrative. Dreamlike is an overused word, though one that’s very fitting here, as the film drifts through its story with a meditative, ambiguous air, it becoming increasingly difficult to tell what is past or present, or what is memory or half-imagined. The dialogue is often cryptic, and Bi Gan’s script hints at character backstories and motivation rather than working in the usual kind of exposition, often through the reading of melancholic poetry over scenes.

At the same time though, the film hangs together with a surprising coherence, Bi directing with an assurance and maturity that’s quite incredible for a first time filmmaker, and there’s little in the way of the kind of pretentious excess that might be expected, even the more tangential passages having a link to the overall picture. The theme of revisiting the past is present throughout, handled in a quiet matter that invites allegory rather than insisting upon it, and the film is deliberately left open to multiple interpretations, much like the character of Chen as his journey and tale unfurl.

As a result, Kaili Blues is a difficult film to pigeonhole as slow cinema, as while deliberate and meandering, it’s possessed of a subtle, almost spiritual drive, and generally avoids much in the way of obtuse audience patience-testing. Visually, it’s an amazingly accomplished offering, with some stunning cinematography from Wang Tianxing that captures the rural landscapes beautifully while adding an air of forlorn introspection and isolation. An undoubted technical highlight is an outstanding 40 minute single take shot which follows Chen around various locations, capturing the people he meets in a fantastically poetic manner, implying connections and narrative. There’s a near-documentary feel in places, Bi getting admirably naturalistic performances from his cast, Chen Yongzhong wholly believable in the lead role.

Kaili Blues really does impress from start to finish, and is exactly the kind of independent film which it’d be great to see more in Chinese cinemas to compliment the country’s explosion in blockbuster commercial productions. An outstanding effort from Bi Gan, who it’s hard to believe is a debut writer or director and who surely has a promising career ahead, while perhaps not one for mainstream audiences, it’s a wonderful piece of craftsmanship that’s well-deserving of its growing reputation.

One thought on “Kaili Blues”