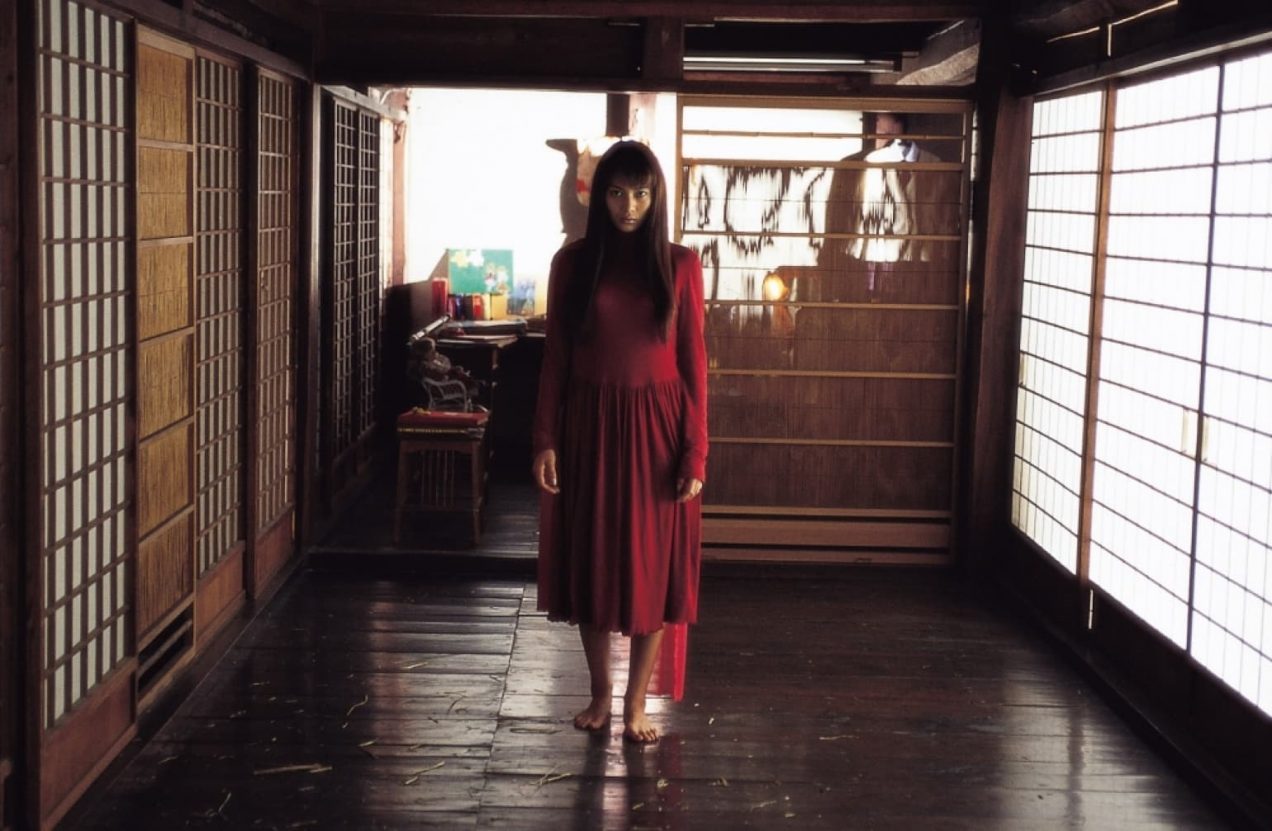 Originally released in 2001, Kakashi is based upon a manga by Japanese horror artist Junji Ito, whose cult favourite Uzumaki was also adapted for the screen around the same time. There are a number of similarities between the two films, as both are set in small towns in the Japanese countryside and both depict a series of unexplained supernatural events. However, whilst the Uzumaki adaptation was a surreal affair, featuring wild special effects and oddball mutations, Kakashi takes a very different route, focusing instead on creepy atmosphere and melodrama, with the transformation of its characters being darkly emotional rather than physical. As a result, the film is a bit different to what might be expected from an adaptation of Ito’s work, being rooted in Japanese folklore and eschewing anything too grotesque.

The plot follows Kaoru (Maho Nonami, 2LDK), a young woman investigating the disappearance of her brother, Tsuyoshi (Shunsuke Matsuoka, Freeze Me). After searching his apartment, she finds a letter from his supposedly dead girlfriend begging him to visit her in the remote mountain village of Kozukata. Kaoru arrives in the village in the middle of their annual scarecrow festival, and is given little help from the odd inhabitants in looking for her brother. The longer she stays in the village, the more she becomes aware that something very strange is happening, seemingly connected with the creepy scarecrows that outnumber the residents. After stubbornly staying on to investigate further, Kaoru finally locates Tsuyoshi’s girlfriend Izumi (Kou Shibasaki, Battle Royale), who appears to be very much alive, albeit in a somewhat bizarre manner. As she learns more and more about the village and the scarecrows, Kaoru realizes that not only has she outstayed her welcome, but also she may not be allowed to leave after all.

Kakashi was directed by Norio Tsuruta, who in the early 2000s also gave J-horror fans Ring 0: Birthday and the superior creeper Premonition, and as with both of those films, he here seems far more concerned with character development than action. This approach fits Kakashi very well, and his investment in the characters really pays off, giving the events and the admittedly fairly marginal horror elements both an emotional core and a greater impact than they would otherwise have had. This is true of the smaller roles in the film as well, as the villagers are kept as realistic human beings instead of quirky rural oddities – the cast are all great, especially Maho Nonami, who generates a great deal of sympathy as Kaoru, and Kou Shibasaki, who displays touches of the same fury she has shown in similar roles to great effect.

As well as doing great work with his characters, Tsuruta creates a wonderfully understated and creepy atmosphere, with some truly beautiful cinematography, which really brings the village and surrounding countryside to life with a sense of its isolation, sadness and mystery. Tsuruta does this unobtrusively and skillfully, with both sweeping pans of the scenery and patient, static shots of the old buildings, and this attention to detail pays off, transporting viewers to this sinister, yet picturesque region along with Kaoru. The fact that the scarecrow celebration is based on a real event which takes place in the town of Yamagata during the Autumn of each year also called the ‘Kakashi Festival’ also adds eeriness and gives the film a real boost, making the supernatural elements all the more plausible.

A possible downside to all this for some will be the fact that Kakashi is undeniably a slow-moving film, and though unnerving and frightening in its own way, it’s one in with very little in the way of visceral thrills, especially compared with other Ito adaptations. Although the scarecrows are wonderfully creepy, they don’t actually do a great deal, and those expecting death scenes or sudden shocks will likely be disappointed. Similarly, the ending of the film may come as an anti-climax, or for those who have not embraced the film’s emotional core, may make little sense – in this regard, the film has more in common with some of the strangers and more ambiguous elements of the Ringu series.

Kakashi certainly has a great deal to offer fans looking for gradually building terror and subtle thrills rather than jump scares, and it offers something pleasingly different to others from the overcrowded playing field of early 2000s Japanese ghost films. Deliberately paced, mournful and eerie, the film is arguably one of the better and more atmospheric adaptations of Junji Ito’s work, and is an excellent example of Japanese folk horror.