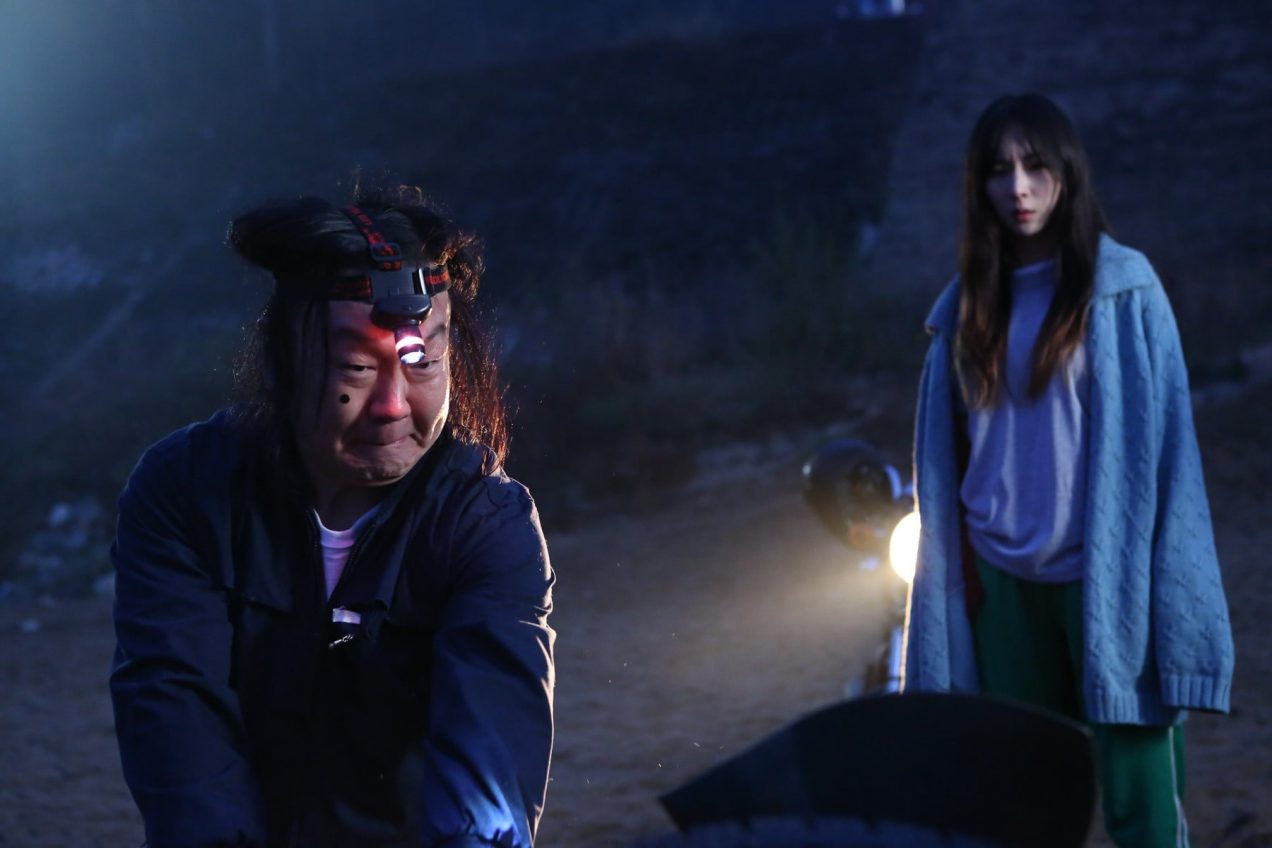 While aiming to nail a lot of genres, there’s a lot to enjoy in director Kim Sang-Chan’s directorial debut…

South Korean cinema has gone from strength to strength since the New Wave broke through in the early Noughties, to the point that a movie such as Karaoke Crazies with a first-time director and no star names can sell out a screening at the Edinburgh Film Festival. At turns insightful and inventive, at others frustrating, it’s a film that could only be made in South Korea.

Sung-Wook (Moon Sik Lee) owns a failing karaoke bar in a run down suburb. He hires a ‘helper’ Na-Ju (Kim Na-Mi), and business starts booming due to her method of finishing off the customers. Soon another ‘helper’ Ha-Suk (Bae So-Un) arrives, and the three (plus a mute who was hiding out in the attic) become a family of misfits. With the pushing of Ha-Suk, they decide to make as much money as possible. However, the murky pasts of all four mean this equilibrium cannot be maintained.

The most interesting thing about the film is that there are only a few scenes that are set out of the interior and grounds of the Karaoke bar. Classic films such as Twelve Angry Men and Rear Window used this to amp up tension and study character, and Karaoke Crazies succeeds in the latter. Director Sang manages to include some visual innovation, exploring all the possibilities of the set when it comes to aesthetics. A couple of shots took my breath away. The acting is of a very high standard, especially Lee as at first a broken man who becomes reborn by the actions of the others. A scene when he pours his heart out is compelling viewing, and acts as a central point of the themes of the film. Kim’s portrayal is also strong, and her past character reveal is shocking; it is one of the only scenes outwith the Bar. Bae is the weakest link, as her over the top performance annoyed me, despite her character being responsible for a lot of the twists and turns of the plot.

The film is hard to describe in genre terms because it is so tonally broad; at turns a drama, comedy, horror flick and thriller, this is interesting but also a little frustrating, despite putting on the Asian ‘hat’ that you have to with a lot of films of this type. However, the film absolutely keeps you guessing right to the end, and although a touch overlong is never boring. Scenes at the beginning of the film are touching, emotionally honest and amusing, never feeling contrived. The quiet, precisely framed approach we have all become accustomed to with South Korean cinema is present, just as the wildy stylised sequences so prevalent with the country’s output are. As the film progresses the earlier poignancy becomes less and less the case, and the conflicting tones means it loses some of this true-to-life feel. Later scenes are infused with a horror/thriller style that Sang handles with a sure hand, and I believe he will go on to very good things.

While tonally and stylistically all over the place, Karaoke Crazies is entertaining and strong in a lot of areas, not least visually. The strong performances and claustrophobic feel create an immersion not lost on the casual viewer, and warrant revisits.