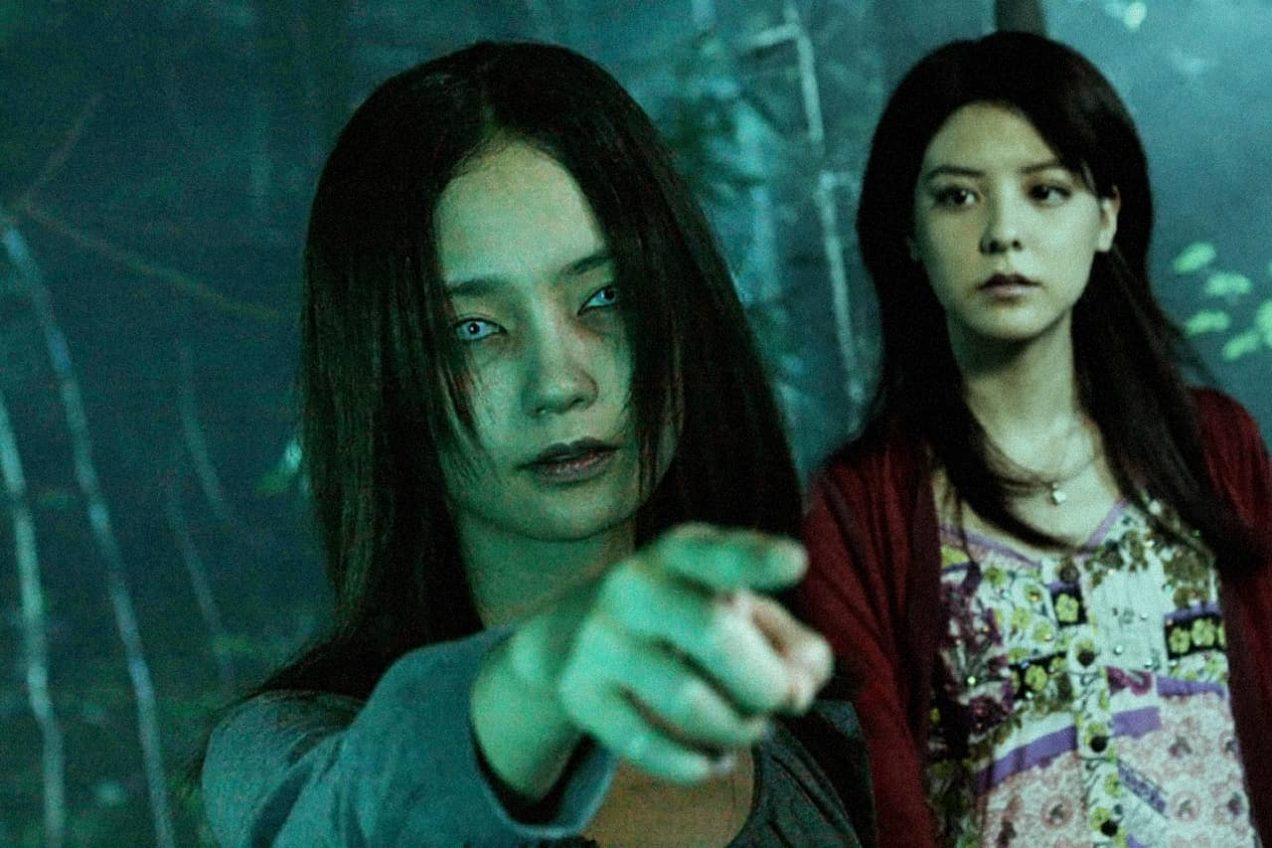 Kyofu marked the sixth entry in the J-Horror Theater Japanese horror series, brainchild of famed producer Takashige Ichise, the man behind many of the country’s most influential genre franchises, including Ring and Ju-on: The Grudge. The film (also released in some territories as Kyofu – Out of Body and The Sylvian Experiments) was the final entry in the series, which began back in 2004, and which included Infection, Premonition, Reincarnation, Retribution and Kaidan. Fittingly enough, the film was written and directed by Ring scripter and Sodom the Killer helmer Hiroshi Takahashi, who presents an odd tale which mixes traditional horror elements with science and troubled family drama.

Actress Nagisa Katahira (The Incite Mill) plays an obsessed rogue scientist called Etsuko, who along with a gang of helpers kidnaps victims and carries out bizarre live brain experiments on them in an abandoned hospital, attempting to stimulate the sylvian fissure in order to bring about hallucinations and explore the afterlife. By strange coincidence, her latest haul of unfortunate guinea pigs turns out to include her own estranged daughter Miyuki (Yuri Nakamura, Ju-on: Black Ghost), though Etsuko still presses ahead with the operation, cutting open her brain and successfully inducing visions. Unexpectedly, her sister Kaori (Mina Fujii, Death Note: Light Up The New World), with whom she shares a telepathic link, also begins to see things, and tracks down the missing Miyuki to the hospital.

This plot summary really just scratches the surface, and Kyofu certainly is an odd affair, recalling the more far-out and ponderous aspects of the Ring series. Hiroshi Takahashi packs in a great deal without ever really attempting to explain much, and the film is quite deliberately ambiguous and obscure throughout, building to a leftfield final act and a conclusion whose meaning is very much open to debate. This is furthered by an unconventional trio of lead characters, with a markedly perverse sibling and mother-daughter dynamics making for some alternately hysterical and nihilistic moments. Whilst all of this may frustrate viewers looking for conventional horror, the film shows an interesting mix of approaches and motifs, and it engages both through its weirdness and overall sense of ambition. The combination of science and the supernatural is intriguing and neatly handled, and though the film rarely makes sense or shows any concessions to logic, it does offer something pleasingly different to the usual J-horror long-haired ghosts and revenge mysteries.

In-keeping with the mood, Hiroshi aims mainly for atmosphere over scares, and aside from a few sudden looming spectre type shots, the film generally moves along at a creepy, if sometimes rather slow pace. This works well and there are a number of reasonably creative surreal sequences as the girls have their visions, with some decent use of CGI and a suitably off the wall visualisation of what may or may not be the afterlife. The film also has a fair amount of surgical gore, including some gruesome scenes of brains being poked and prodded, adding to the air of bleak grotesquery.

Although Kyofu probably isn’t for all horror fans, it’s an entertaining and wilfully curious outing which earns extra points for its outlandishness and refusal to provide the expected easy answers. Hiroshi Takahashi again proves himself a talented and imaginative writer, and a director who really should be more prolific, showing a fine sense for the sinister and bizarre.