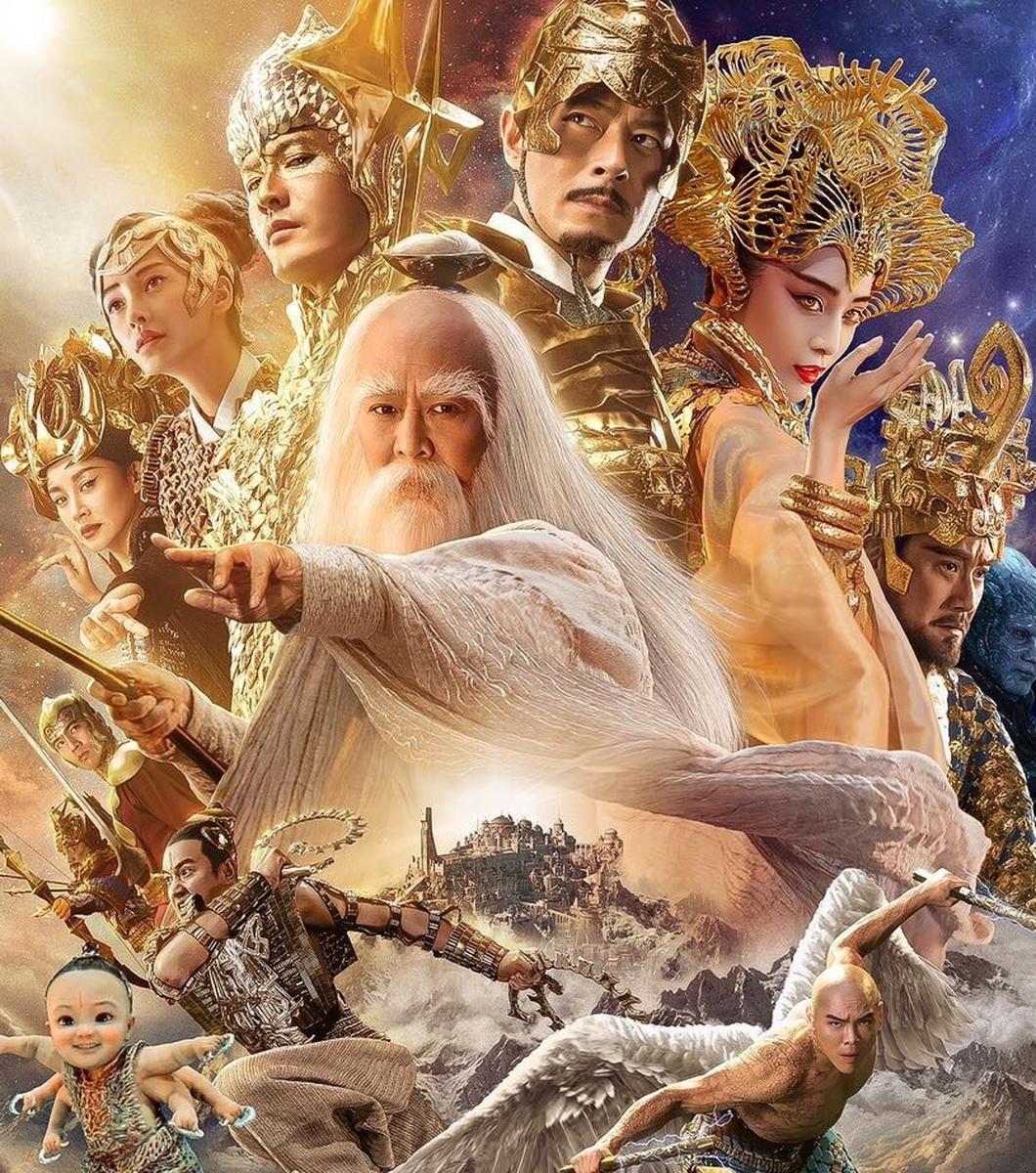 One of the year’s biggest Chinese language blockbusters arrives in the form of fantasy League of Gods, based on the Ming dynasty novel Investiture of the Gods by Xu Zhonglin, boasting a budget of more than HK$300 million. Marking the directorial debut of the Hong Kong born Koan Hui, known for handling visual effects on the likes of Painted Skin: The Resurrection, and who worked with Tsui Hark on Time and Tide, Green Snake and other productions, the CGI-heavy film has arguably the biggest cast of famous stars in recent memory, including Tony Leung Ka-fai, Fan Bingbing, Jet Li, Huang Xiaoming, Angelababy and Louis Koo, to name but a few.

The film opens with Tony Leung Ka-fai’s King Zhou in thrall to Fan Bingbing’s empress Daji, really an evil fox spirit in disguise, hell-bent on conquering the world and with the kingdom of Xiqi in his sights. Zhou’s palace is raided by a group of Xiqi soldiers, led by the earnest Lei of the Wing Tribe (Jacky Heung) and aided by the wizard Master Jiang (Jet Li), though the attack fails, forcing them to regroup, deciding that the best way to defeat Daji is by tracking down the mystical Sword of Light. Lei heads off on the quest, picking up warrior companions along the way in Naza (Wen Zhang) and Yang Jian (Huang Xiaoming), as well as a talking piece of grass and potential love interest Blue Butterfly (Angelababy), being tracked by the villainous General Leopard (Louis Koo).

League of Gods isn’t a film which strives for coherence or sense, and even without any familiarity with the source material, it’s a fair bet that it plays fast and loose with Xu Zhonglin’s work. Clearly more concerned with the film’s visuals, Koan Hui pays scant attention to the story, and the narrative makes little sense, leaping wildly between set pieces, often with nothing in the way of explanation, beset by gaping plot holes and logic that’s tangential at best. Giving the Hui the benefit of the doubt, the film was presumably envisioned as a spectacular thrill ride rather than anything more substantial, and it functions well enough in this regard, its chaos and silliness vaguely charming, in a kind of sub-Zu: Warriors from the Magic Mountain way – Hui clearly learned a few lessons from his time working with Tsui Hark on some of his fantasy films. While this isn’t sufficient to make the film actually engaging, the lazy script being hamstrung further by some sketchy and indifferent character writing, viewers able or willing to switch off their brains and go with the flow may glean some enjoyment from its would-be fantasy epic story arc.

Obviously, the special effects are one of the film’s main selling points, Hui going all-out for an over the top extravaganza and generally managing to hit his targets, bombarding the audience from start to finish. The computer work does for the most part impress, providing plenty of the required eye candy, and the film benefits from some solid 3D effects and a few grandly-staged battle scenes which help to pick up the at times sluggish pace. At the same time though, it’s hard not to feel a bit let down by the familiarity of the film’s design and action scenes, most of which have been lifted directly from other films from China and the west, notably the Lord of the Rings trilogy. A few other lacklustre touches similarly disappoint, including the bizarre CGI-baby incarnation of Wen Zhang’s Naza, and some shoddy de-aging of Jet Li during the later stages of the film. While these and other niggles don’t derail things too much, they do give an impression of corners being cut, and as with the script and story, that a little more effort would have improved matters considerably.

The other big draw here is the cast, though again the film doesn’t manage to really deliver, none of the stars really shining or being able to give the material the spark it badly needs. Jacky Heung’s performance in the hero role is middling at best, and though the blandness of Lei isn’t entirely his fault, he fails to bring either the gallant righteousness or charisma needed to make him appealing as protagonist, adding to the film’s rudderless feel. The rest of the cast are largely bit-part players here, with Jet Li sadly not having much to do after the opening scenes, and both Angelababy and Huang Xiaoming being effectively reduced to window dressing. Tony Leung Ka-fai and Fan Bingbing fare the best, if only due to their characters being amusingly evil, and thanks to the two stars putting in over the top turns filled with camp hysteria and plenty of glaring and looking vacuously vampish.

To damn the film with faint praise, League of Gods is nevertheless watchable and reasonably entertaining, if only due to the fact that it could have been worse. Fans of Chinese fantasy cinema should find just about enough to entertain, especially if catching the film on the big screen, and though utterly inconsequential and devoid of craft or intelligence, it’s at least rarely dull.

League of Gods is currently on release at various locations, including Odeon Panton Street and Empire Leicester Square in London, and Cineworld in Dublin.