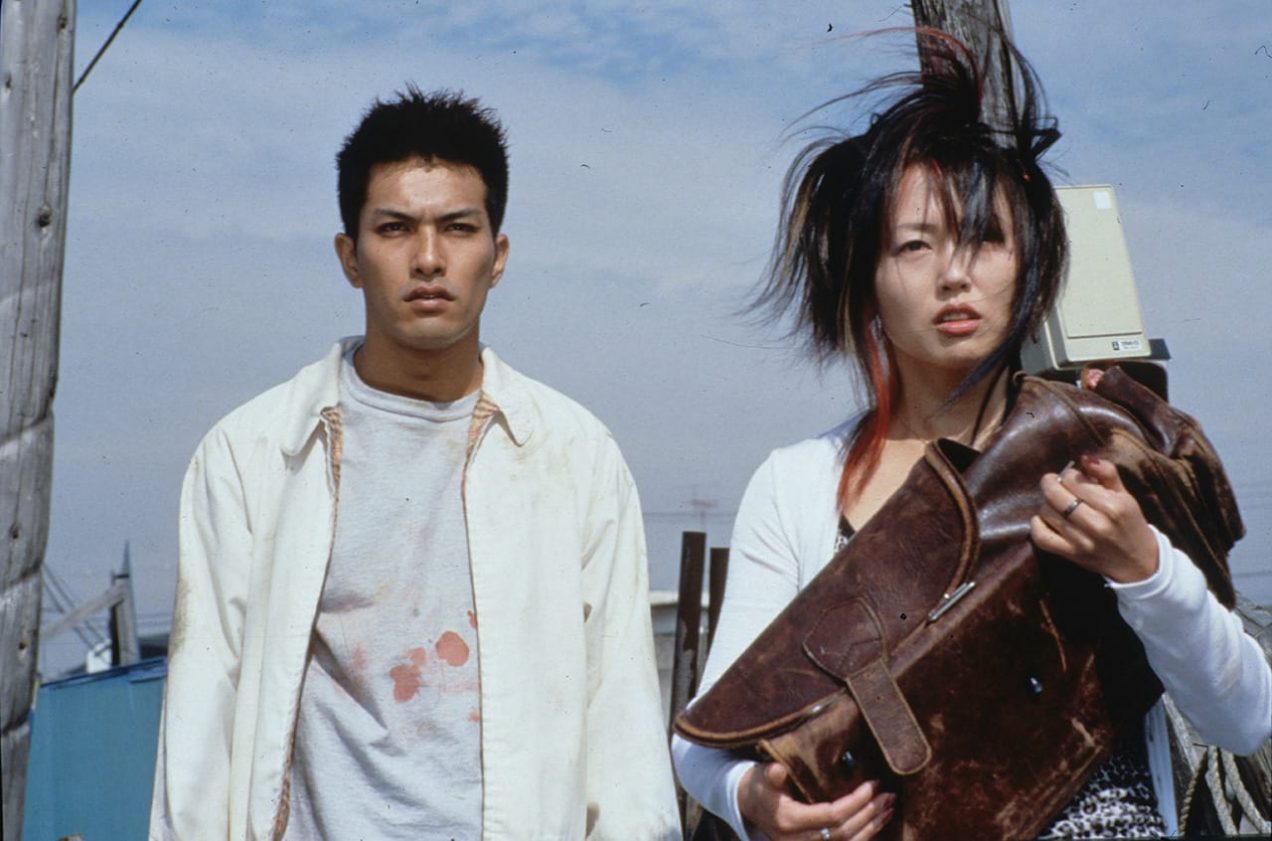 Ryuichi, his brother Shunrei and best friend Cheng are three Chinese-Japanese members of a minor “gang,” living in a small city. Eventually, they decide to leave and head to Tokyo. They end up in Shinjuku, where one of their first experiences is being mugged by a prostitute named Anita. After a while, and having become friends with Anita, the three of them start working for Ikeda, a low level drug dealer who sells toulene.

As they start having a good time, they also dream of leaving for Brazil, and towards that purpose, they are introduced to Naoto, a triad leader and loan shark. Despite having a near-death experience with him, the four of them decide to rob him, in order to get the money for their passports. Unavoidably, all hell breaks loose.

Takashi Miike directs another film filled with violence and sex (with a focus on the second), but this time, he focuses much on his characters and the issues immigrants have to face in Japan. However, he communicates his messages through his usual extremity, as in the second scene of the film, where Shunrei has to face an annoying public servant. In a world filled with drugs, criminals, whores and pimps, the four friends have no other solution, but to resort to violence themselves, if they want to get out and make their lives better. 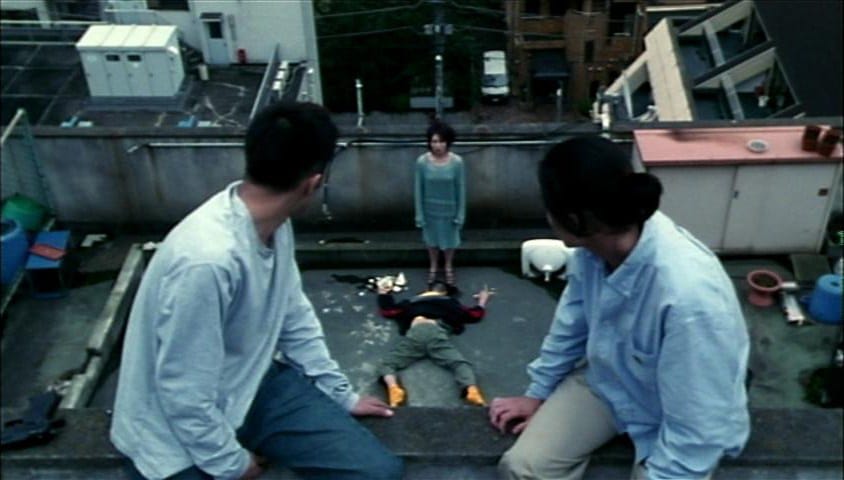 The issue with the focus, is that the acting is mediocre, particularly from the protagonists (Kazuki Kitamura as Ryuichi, Kashiwatani Michisuke as Shunrei, and Itou Yasaburo as Cheng), whose performances do not compel to Miike’s purpose. Sultry Dan Li as Anita plays the “sex object”, for the most part, with very few lines in the film. The one who stands out of the cast is Naoto Takenaka as Wong, who is great as the archetype of Miike’s villains, since he is violent, ruthless, and perverse.

Action plays an important role in the film, but this time sex is on the fore, with a number of graphic and occasionally onerous sex scenes, which, unfortunately, did not survive the censorship, as is the case with the cursing. One scene particularly, which entails a not so condescending bondage, is quite grotesque, although that is not the rule, as Miike have injected many of them with comic elements to lighten up the film.

Ley Lines excels in terms of cinematography, with Naosuke Imaizumi doing a splendid job from the first shot to the last, while using a number of interesting techniques, including cameras placed at ground level, zoom-ins, panoramic shots, etc. Particularly the initial and the ending sequence are masterful as they are beautiful. In this fashion, he managed to portray the cruelly urban setting of the poor parts of Tokyo, with accuracy and competence. Yasushi Shimamura’s editing retains a fast pace, although, occasionally, is a bit abrupt. Yukiya Sato does a very good job on the sound, particularly during the shooting scenes, but the yelling and screaming that frequently fill the movie, do not help him at all.

Ley Lines has its faults, but features great cinematography and many of the elements that made Miike who he is now, and thus, definitely deserves a look.

Ley Lines is available now as part of the Takashi Miike Black Society Trilogy collection with Shinjuku Triad Society and Rainy Dog on UK and US Blu-ray and DVD by Arrow Video.