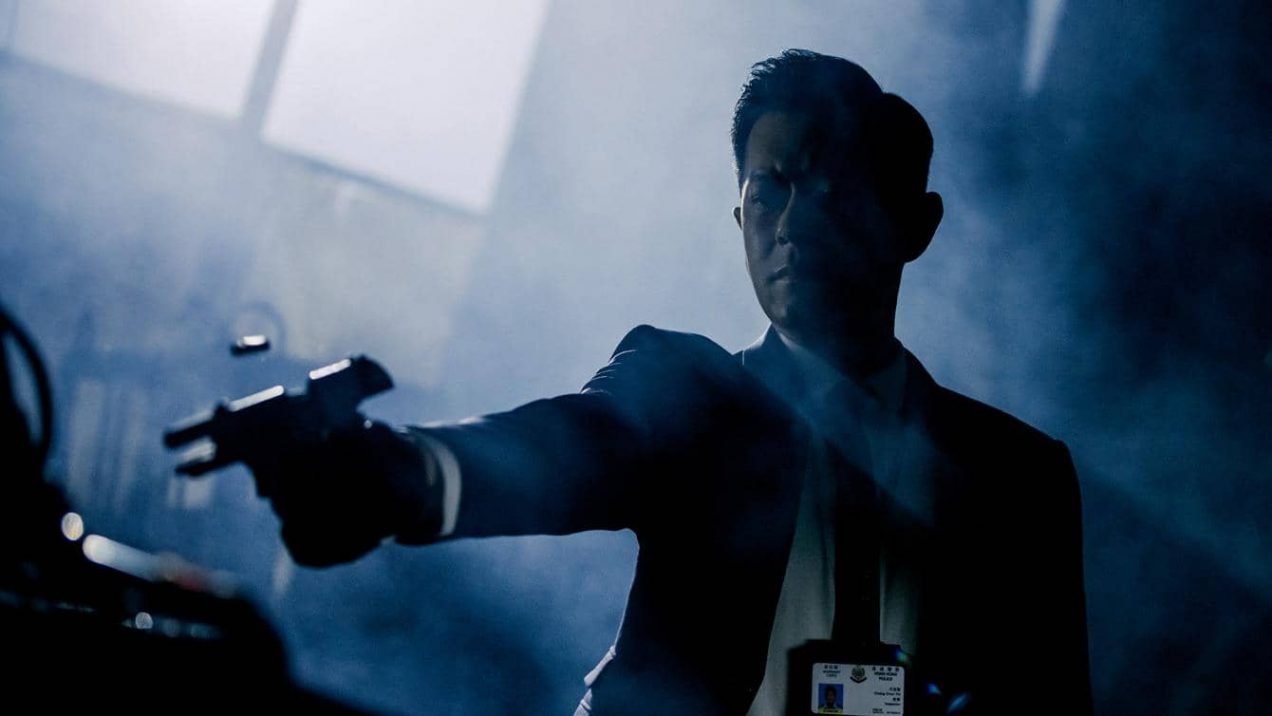 In a move that definitely didn’t surprise anyone familiar with Hong Kong cinema, the sequel to 2016’s Line Walker is a film that connects with its predecessor in spirit only. Similar to the Overheard, Chasing the Dragon and White Storm franchises (with Shock Wave set to join this list in the not so distant future), Line Walker 2: Invisible Spy is essentially a standalone film that shares some of the themes and characterizations set by the original Line Walker. And to take it one step further, the original stage was really established by the Line Walker TVB television series, which itself had a sequel as well. But that sequel was actually a prequel. Yes, Hong Kong entertainment can be a complicated subject matter sometimes.

Once again again by Jazz Boon, this spiritual sequel features the original film’s three primary actors, with Louis Koo, Nick Cheung and Francis Ng all returning for a second outing. The title ‘Invisible Spy’ comes from the story’s premise of a child abducting terrorist group that trains its captives into foreign spies who infiltrate various police organizations around the world. We’re introduced to Yiu (Jiang Pei Yao), a skilled journalist and hacker on the cusp of derailing the terrorist group’s activities, who expectedly becomes one of their top targets. Criminal Intelligence Bureau officers Yip (Ng) and Ching (Cheung) are assigned to protect this critical asset, but find their case reassigned to Cheng (Koo), who works at an opposing department.

Thematically speaking, Invisible Spy certainly fits right into the general oeuvre of what one has come to expect from the Line Walker franchise as a whole. The conflicting identity crises created by undercover work is what drives the film’s narrative arc, with plot twists that are welcoming, but not entirely surprising or ingenuous. Even though the undercover police officer storyline has been wrung quite hard throughout the history of Hong Kong cinema, it was perhaps epitomized with a spark of originality through Infernal Affairs’ twist to the subgenre.

But since Andrew Lau and Alan Mak reinvigorated (and subsequently milked) the genre in 2002, any creative installation to films of this nature have unfortunately stalled, with Invisible Spy being no exception. The cat and mouse game is still entertaining, but those looking for something that might reinvent the wheel should probably look elsewhere. Any examination of identity distress and moral ambiguity is nothing audiences haven’t already seen before.

Though to the team’s credit, a degree of nuance is added by overemphasizing the heroic bloodshed elements of the narrative. The trouble with this decision, however, is that it also muddles the film’s primary thematic structure, which the franchise has always relished in. This attempt at slightly deviating away from the undercover mole identity displacement playbook proves to be interesting, but also sees the film lose grip on its thematic identity. The result is something that feels slightly off-kilter, rather than fully cohesive like the original film and television series.

That being said, the film is certainly entertaining and packaged quite successfully as a modernized entry in commercial Hong Kong filmmaking. The set pieces and location shoots are fairly impressive, with no shortage of explosions and bullets. Chin Ka Lok is once again at the helm of the film’s action choreography, and as usual, proves to be a dependable driver of the narrative’s kinetic energy. The set pieces don’t necessarily stand out in a remarkable fashion, but compliments the film’s tense storyline well enough. After so many years in the business, it’s still hard to put a stamp on Chin’s overall style as an action choreographer, but that perhaps speaks to his versatility as an adaptable team player. If anything, Invisible Spy allows us to glimpse into what he’s capable of with a (presumably) larger budget.

When all is said and done, despite its association with a known franchise, viewers will likely be drawn to Invisible Spy primarily because of the film’s cast. As the cinematic identity of Hong Kong cinema continues to evolve, what’s remained consistent is its pool of talented thespians. Although that pool appears to be slowly shrinking in recent years, there’s no denying that enthusiasts of the territory’s cinematic efforts will naturally gravitate towards a lineup featuring the likes of Koo, Cheung and Ng. Their performances might not be career bests by any stretch of the imagination, but that’s not what one expects from a film like this anyways.

In many respects, this also illustrates a shifting worldview amongst fans of Hong Kong cinema, where the notion of seeing a prevailing actor or actress in a local production is often more than enough to excite – and satisfy – the senses. The fact that the Line Walker series as a whole is rooted in a TVB television series, which continues to be a staple of the Hong Kong entertainment industry despite its more recent influences from China, only illuminates any sense of locality associated from Invisible Spy.

This sense of locality speaks loudly for someone like myself, but may not resonate as much for more casual viewers unfamiliar with Hong Kong’s entertainment landscape. Stripping these external factors away from the film, and Invisible Spy is arguably only a passable effort in commercial filmmaking. But for this particular viewer, it gets a few extra checkmarks, if only for reasons that are purely sentimental rather than practical.