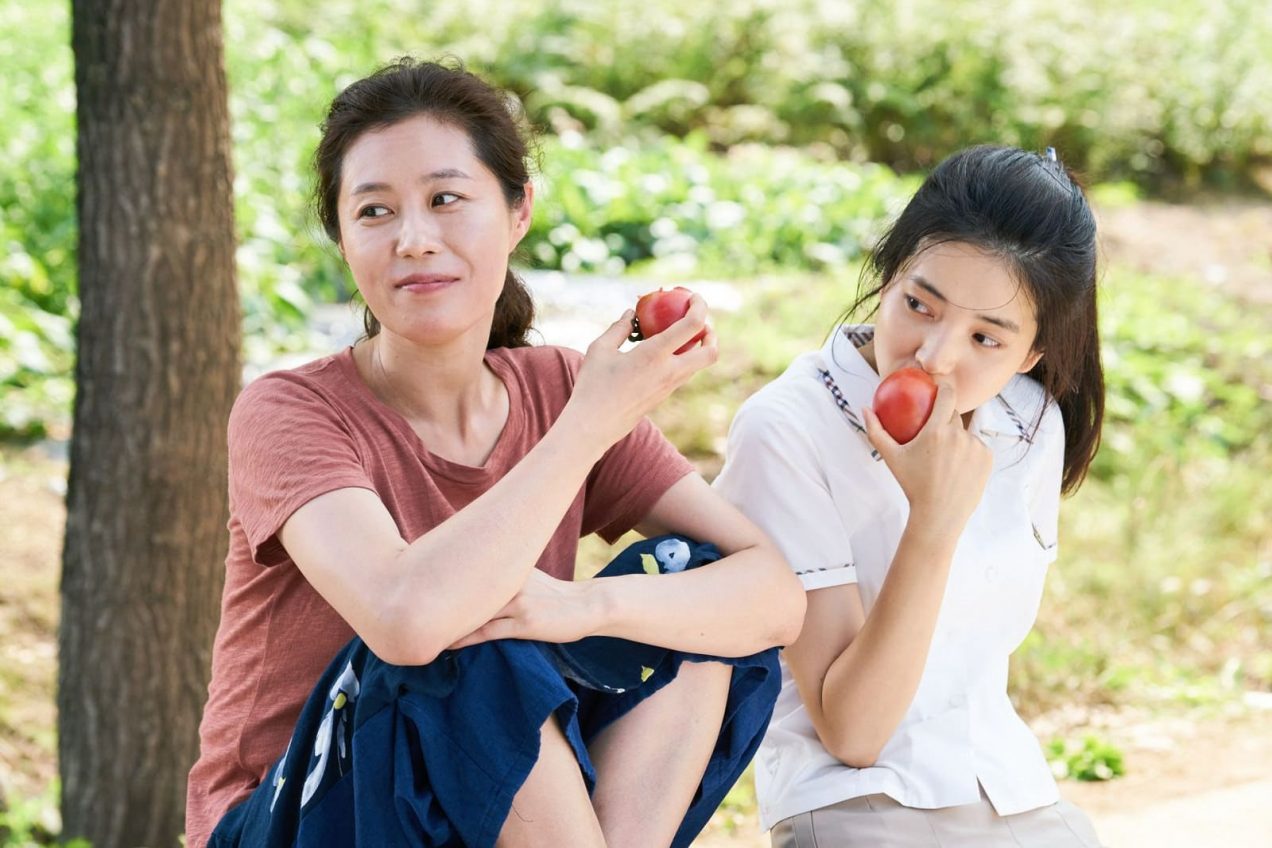 Yim Soon-rye’s quiet, simply film unfolds as a memory of our lives in repose…

Childhood is a confusing time both when you’re going through it and afterwards, when you’re trying to make sense of things. We’re all so wrapped up that we can’t see what’s good or bad for us. In the fullness of time, we look back and groan at the things we made into boogeymen and the things we thought were important. For a young woman, looking back over her life with her mother, childhood has both its pitfalls and wisdom in Little Forest.

Arriving home from Seoul after trying soulless jobs and searching for meaning in the big wide world, Song Hae-won (Kim Tae-ri, The Handmaiden) settles into the first few minutes of the film simply trying to warm herself up. Hae-won is in her childhood home that she shared with her mother until one day just before high school graduation, her mother simply left a note and walked out the door. Hae-won decided that she wouldn’t be put off from seeking her answers in the world but the loss of her mother’s presence was a blow that she is only now starting to think about.

Honestly, I didn’t know what to expect from Yim Soon-rye’s (Whistle Blower) adaption of Daisuke Igarashi’s manga of the same name. I read the description and simply hoped for the best. From the start, I felt I have been digging deeper and deeper into the very nature of contentment and disillusionment. Hav-wan spent her whole life unsure if she needed her mother or not and spends the previous few years before the start of the film living with the reality of it. When she arrives home, it’s because she’s ashamed of not having the courage to end a relationship with a man she loved. So, home is her cocoon. But as the hours spent in the house turn into days and weeks and months, we learn more about her life growing up. Yim skips back and forth, moving the past into a scene and then having the present scene turn into the past as Hae-wan goes through a kind of narrative form of persistence of vision. We are in Hae-wan’s head as she struggles to remember her lessons with her mother and what they mean to her as a grownup. Her mother (Moon So-ri) imparts her lessons and observations through words and moreover, through food. I’ll come back to the food thing later. From what we see, Hae-wan and her mother got along but there were things her mother saw or knew that Hae-wan as a child didn’t understand. As a grownup, she comes up against something we all have to deal with about our childhood: her memory of something wasn’t always the truth any more than how she deals with her childhood friends Eun-sook (Jin Ki-joo) and Jae-ha (Ryu Joon-yeol). Eun-sook is the person that Hae-wan would have been if she hadn’t have left for Seoul. She worries about being trapped in their hometown forever. Jae-ha left town along with Hae-wan but he quickly came home, having gotten what he wanted. Hae-wan is still close to both but now starts to see Jae-ha as something more than a friend but not a lover. Jae-ha never shows any real clue as to his feelings either way but Eun-sook is a little jealous of Hae-wan. She likes Jae-ha too but hasn’t worked up enough courage to approach him. Yim in her direction of the friends, shows that the three friends are as thick as thieves but sometimes they wonder what their lives are supposed to be, a microcosm of what triggered Hae-wan’s trek back home. Strong from her mother’s teachings, she nevertheless struggles to figure out what she wants from life. In fact, the friends represent all of us as we’ve grown up; the person who stayed home and worried, the person who left and lost faith and the person who left and came back to find their problems waiting for them.

Rather than be bogged down with endless exposition and dialogue about her mother, Yim shows Hae-wan’s relationship in terms of food. Over time Hae-wan reveals more of her mother’s life through the food and drink that she taught her daughter. Every scene with food in it is a recipe, its ingredients made up of dialogue, looks, feelings, tone and mood. Mixed together, the film bakes them to perfection and shows their position relative to how Hae-wan’s doing as the months turn into seasons. The scenes are so well executed that you can smell the food mentally as Hae-wan describes them. But the food is a cover for a deeper insight. While she may be explaining how to make something, she’s really describing her relationship with her mother and her newfound respect for her. Only through experimentation can food be enhanced, and Hae-wan’s mother knew that unless she left her daughter alone she’d never become the best version of herself. It’s a metaphor for how all good parents work: we don’t always agree with them but if we’re wise, we look back and realise they weren’t trying to ruin our fun, they were just looking out for us. Kim Tae-ri’s performance as Hae-wan is truly wonderful, a perfect performance matched by Moon So-ri’s deep and affecting turn as the mother. Their scenes as Hae-wan gets older in each scene is the same: a passing of information, a sigh of contentment as a child asks a question and a look of knowing when a lightbulb goes off in the same child’s head.

Little Forest is a joy, wrapped up by low-key and well-researched roles by the cast. It’s not a film where you will learn an earth-shattering maxim. In the viewing, you will find the maxim learned is your own one. Highly recommended.