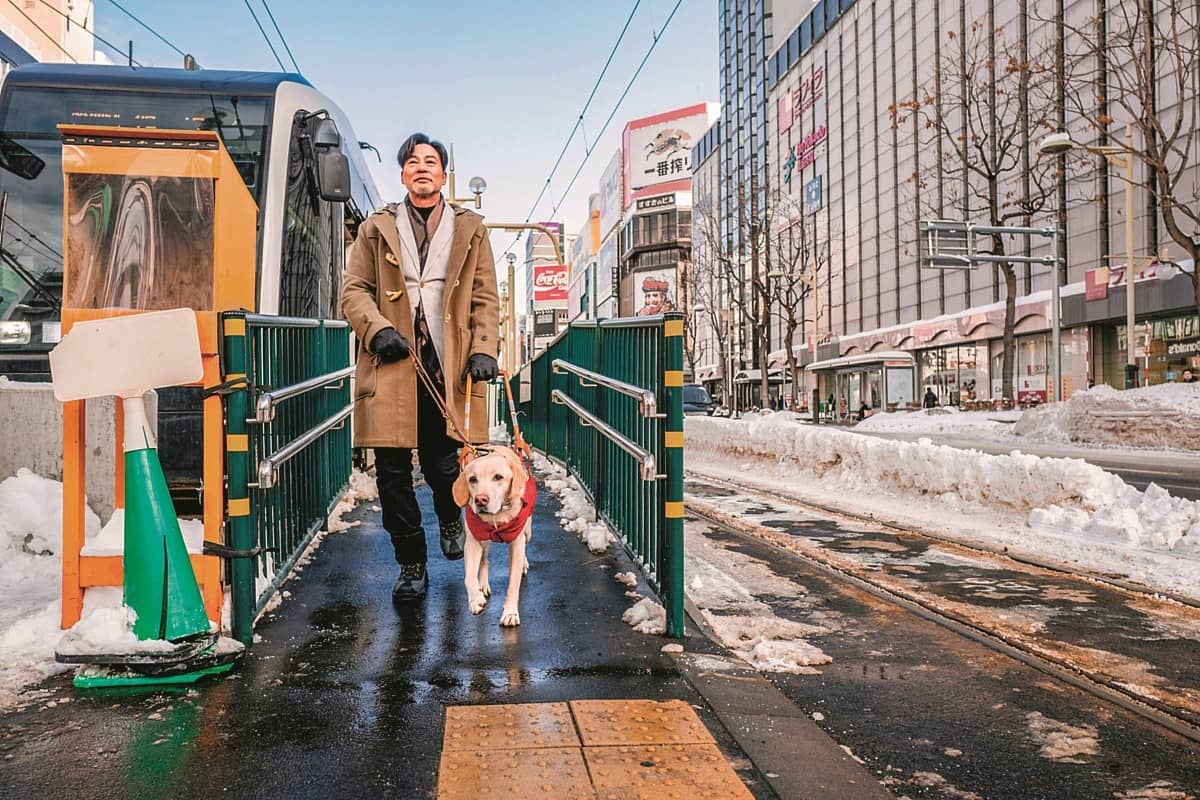 A sentimental tale of loyalty and friendship…

Adapted from Ryohei Akimoto’s and Kengo Ishiguro’s book The Life of Quill, the Seeing-Eye Dog, Little Q is a mellow drama about bitter misanthrope and a guide dog that changes his life. The version by the Hong Kong filmmaker Wing-Cheong Law is not the first one to bring this moving story to the film format, as it has been adapted twice before; first, as a TV film produced by the NHK in 2003 and a year later as a very successful cinematic release by Yōichi Sai, under the title Quill. Besides a few details, Law’s version follows very much the same fictionized version of the events as its predecessors, giving insight to a life of a guide dog from the point of view of the animal itself. It’s not without its faults, but still makes for an entertaining watch.

Simon Yam plays Li Baoting, a once-famous celebrity chef trying to come to terms with the fact that he is slowly but inevitably, going blind. As a career-driven person, this life-changing event is understandably not going down very well and despite the best efforts of Li’s sister (Gigi Leung) and friends, he is resolved to go down to road of excessive drink and self-destruction. However, as is often the way with things, life has other plans and Li soon finds his life completely transformed by a new furry friend: a golden lab called Little Q.

I must admit to having a fondness for guide dogs. Once upon a time, close family members of mine used to “puppy walk” these lovely canines (which for those who do not know, is the first stage of the guide dog training where they learn all their basic skills before going on to further schooling and eventually their new companions) and during those years I got to know a fair few of them. It was marvellous to see them grow up from a tiny puppy to a fully-fledged service dog, happy to work and be of help to their companions. Needless to say, Little Q hit a bit of soft spot with me. Not only is it full of beautiful pups, but also goes through the stages of guide dog training that I found familiar, including having to let go of the dog that you have lovingly taken care of for a year or more. That one stings even when watching a fictional family go through it. Despite this, I was glad to see that the everyday realism of the guide dog training, including the various “foster Families” a dog will encounter, and different stages of training were all well represented in the film. Hopefully, they will do their part in helping more people to understand the process, as well as the animals and their trainers a little better.

Simon Yam does a wonderful role as the bitter chef throwing himself an endless pity party. His anger and resentment feel real and the violent outbursts he has against his loved ones and in one somewhat shocking scene, against Little Q, make for an uncomfortable watch. Equally, his journey back to happiness is a believable one and any dog owner can certainly recognise and relate the cheer and delight a canine friend can bring to the darkest of moments.  Yam is of course not alone in carrying the film, but his furry counterpart also does a great job in keeping the story moving. The story of Little Q’s journey from a pup to an actual service dog is always in the centre of the tale, making her the true protagonist of the film. Luckily the filmmakers have opted out of giving Little Q any human qualities such as inner dialogue and kept the focus firmly on reality. Some could argue that parts of the story focusing on the guide dog training make the film seem like some sort of advertisement for the Hong Kong Guide Dog Association, but as this is after all a film about a service dog, I feel that they are an important part of the big picture.

To the adult audiences, the overall tone of the film might have an ever so slightly syrupy feel to it. While the sentimentality is punctuated with some bleaker moments of drama as well as the focus on the working dog’s journey, there are moments where the whole film is in grave danger of turning into the most mawkish Hallmark movie ever made. Few of the film’s several montage sequences take just a little too long and the accompanying soundtrack is firmly on the mushy side, making the weepiness even more apparent. A fewer, or at least shorter, montages and some sharper editing, especially towards the end of the film would have given the whole thing more well-defined feeling. As it stands, the film runs ten to fifteen minutes too long and because of this the ending, unfortunately, drags on somewhat.

However, as the target audience is clearly the younger members of the family, these little annoyances might just go unnoticed. I can certainly confirm that my two-year-old dog enthusiast fully loved the film. There were squeals of joy when the brood of Labrador puppies first enter the screen, genuine tears when Little Q gets moved on from her “puppy walkers” and to her new companion, and seriously concerned questions when she is faced with vicious dog traffickers.  Most amazingly, Little Q managed to hold the interest of an overactive toddler for more or less the duration of the film, despite him not understanding a word of the dialogue. Evidently the love for dogs is universal and needs no translating.