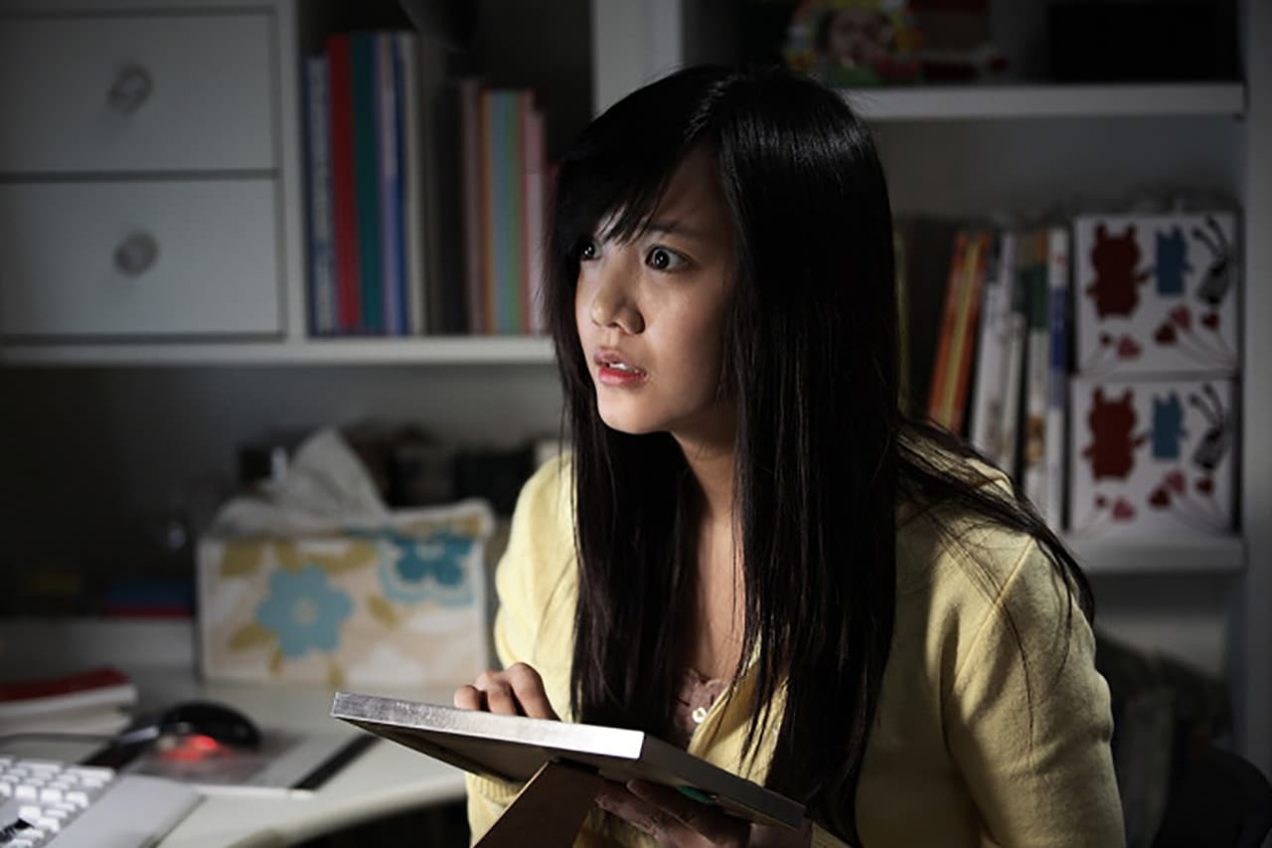 Korean horror has always strived to capture the zeitgeist and to deal with social concerns, seen in films from the influential 1998 chiller Whispering Corridors through to the present day, a long list filmmakers having tried to make creepy use of current issues. Another film taking this approach, released back in 2008 during the later years of the early 2000s Asian horror boom, is Loner, whose alternate title Hikikomori refers to the Japanese term used to describe young people who completely isolate themselves from the world, locking themselves away in their rooms.

All issues of sensitivity aside, as the starting premise for a horror film the condition is a natural fit, not least since it taps into the kind of motifs so popular in modern Asian horror at the time, conjuring images of wild-haired, ghoulish youths lurking around in dark rooms and closets, quite possibly just waiting to reach out and grab anyone who walks past and no doubt harbouring some manner of homicidal grudge.

The plot begins with young student Soo-na (popular TV actress Go Eun-ah) having a very bad time of it as her best friend is driven to suicide by cruel bullies and the sudden arrival of a mysterious woman starts to tear her family apart. All this pressure drives the poor girl over the edge, and she shuts herself away in her room, refusing to come out or to talk to anyone. Her beloved uncle Se-jin (Jung Yoo-suk, Wonderful Nightmare) tries his best to help, though it soon becomes painfully obvious that he is keeping dark secrets from her. After he proves unable to help and Soo-na gets worse, talking to a friend that no one else can see, it falls to Se-jin’s fiancé Yoon-mi (Chae Min-seo of The Wig), a psychiatrist who specialises in trying to treat hikikomori to try and save the poor girl. Meanwhile, the bodies are starting to pile up, and it appears that something far more sinister may be going on.

Although the premise of Loner quite naturally lends itself to sudden scares, writer director Park Jae-sik aims for a more psychological and character-driven approach, in a similar style to other early 2000s Korean genre films like The Wig and The Red Shoes. As such, the plot resembles a complex and twisted soap opera, revolving around a series of revelations about Soo-na’s family. Whilst none of these are particularly surprising, especially for viewers familiar with the form, the story is interesting and does engage on an emotional level. Park achieves this in part by switching between the characters rather than focusing on one traditional protagonist, and this provides several different perspectives on what might otherwise have been a more straightforward and less gripping tale.

Loner certainly gets quite hysterical towards the end, with countless scenes of characters howling and sobbing, though usually with good reason, since the story is pretty grim and heavy going in places, right through to the expected twist ending. It does deal with some very dark subject matter, including child abuse and suicide, and it does make for occasionally bleak viewing. However, this all works well, and the film actually benefits from its both its serious side and its more melodramatic touches, which help to detract from the general predictability of the central mystery.

As well as investing in his characters, Park wisely never forgets that he is directing a horror film, and although he generally eschews cheap frights (aside from a couple of daft scenes of a ghostly figure snatching at Soo-na from beneath her desk) he ensures that the atmosphere remains creepy and ominous throughout. The film features some skilfully sustained tension and a palpable sense of dread, as well as an overbearing sense that things are unlikely to work out well for any of the characters, even for those who manage to make it through to the end credits. Whilst there are a few death scenes and some good use of special effects, the film is generally quite low key, and is arguably all the better for it, as this ensures that the psychological chills remain at the fore. This having been said, there are a good few gruesome moments, with Park never shying away from the less pleasant habits of hikikomori, including their apparent lack of hygiene and penchant for self mutilation.

This adds a welcome visceral edge to the proceedings, and ensures that Loner should go down well with Korean horror fans bemoaning a general lack of recent genre fare and looking to the past for scares. Certainly one of the better and more thoughtful films of its type from the early 2000s, it manages to chill and depress in equal measures, and it’s a shame that Park Jae-sik only appears to have made one other, the 2015 medical chiller The Black Hand.