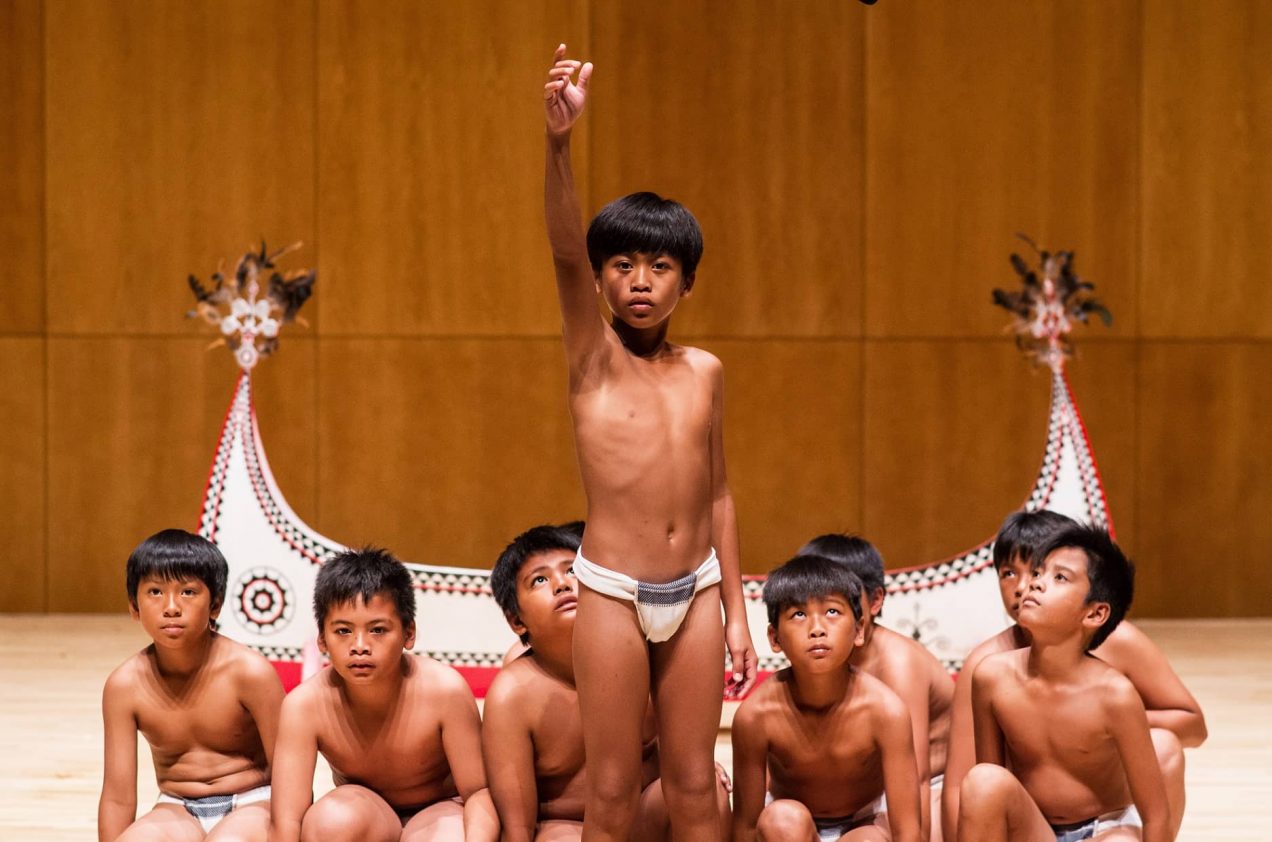 The conflict between tradition and the modern world are brought into focus in this heartwarming, and at times heartbreaking, family-friendly tale about a young boy from the indigenous Tao people of Taiwan’s Orchid Island, or Lanyu.

The story centres on Manawai, played by Tao actor Pangoyod Si in his first ever film role. Manawai lives with his grandmother (Feng-Ying Lee) while his father (Ou Lu) works as a taxi driver in Kaoshung, rarely coming back to the island to visit. While Manawai loves his grandmother and his uncle, who both try to teach him the traditional ways, he misses his father and is embarrassed by his threadbare shoes and straitened circumstances.

Manawai’s new teacher Chung-hsun (Huang Shang-ho, Thanatos. Drunk) initially assumes Manawi’s tardiness and non-regulation footwear are just because he’s lazy and feckless. Chung-hsun has come from the big city to teach, and he’s firmly fixed on returning home to his old life and girlfriend. When he hears that volunteering to train the students for an indigenous dance competition will get him the extra credits he needs to hasten his departure, he jumps at the chance. But as he learns more about the Tao culture, with the help of local and nascent love interest Jin-Yi Ang (Ling Chang) he begins to warm to the place and the people, especially Manawi.

At first, the children are embarrassed at their otherness and the boys don’t want to wear traditional costume, which is little more than a thong and headband. They go through the motions of the traditional dances with, but gradually realise their meaning and importance, taking increasing pride in their culture as they learn more.

This is a plot which could have been hokey and contrived, but writer/director Heather Tsui deftly balances the educational with the entertaining and also doesn’t fall into the trap of providing a nice, neat happy ending. Tsui spent several years bringing the film to fruition: much of that was gaining the trust of the Tao people and it shows. With the exception of Huang Shang-ho the cast are non-professional, but it makes their performances incredibly natural rather than stilted. Pangoyod Si, who plays Manawai, gives a particularly strong and nuanced performance and deservedly won the best newcomer award at Golden Horse Awards. The film is beautifully shot and is a glorious advertisement for the island’s natural beauty. It also has a lovely score and the Tao songs, in particular, are incredibly beautiful: their words reinforce the community’s strong bond to the sea and the spiritual disconnect if this is lost.

Manawai’s father Oh Lu is the embodiment of this disconnection. When he does finally come home to visit, he spends most of his time trying to get money from his mother or brother for another get-rich-quick scheme. He makes Kaoshung seem like the land of milk and honey and is dismissive of island life and impatient to leave. So it’s no surprise that when the dance troop arrive in Kaoshung to perform, Manawai is determined to find his father and remain with him. But Oh Lu’s response is not what the little boy expects.

There’s an undercurrent of sadness in Long Time No Sea, but this is offset with a lot of humour and a lightness of touch that prevents the film from being heavy-handed or preachy.

Long Time No Sea isn’t an arty or particularly complicated film, but it is nicely paced, interesting, well shot and bolstered by excellent performances. It provides a fascinating glimpse into the lives of a very small community trying desperately to hold on to its roots, but also having to cope with the changes in the world around them.