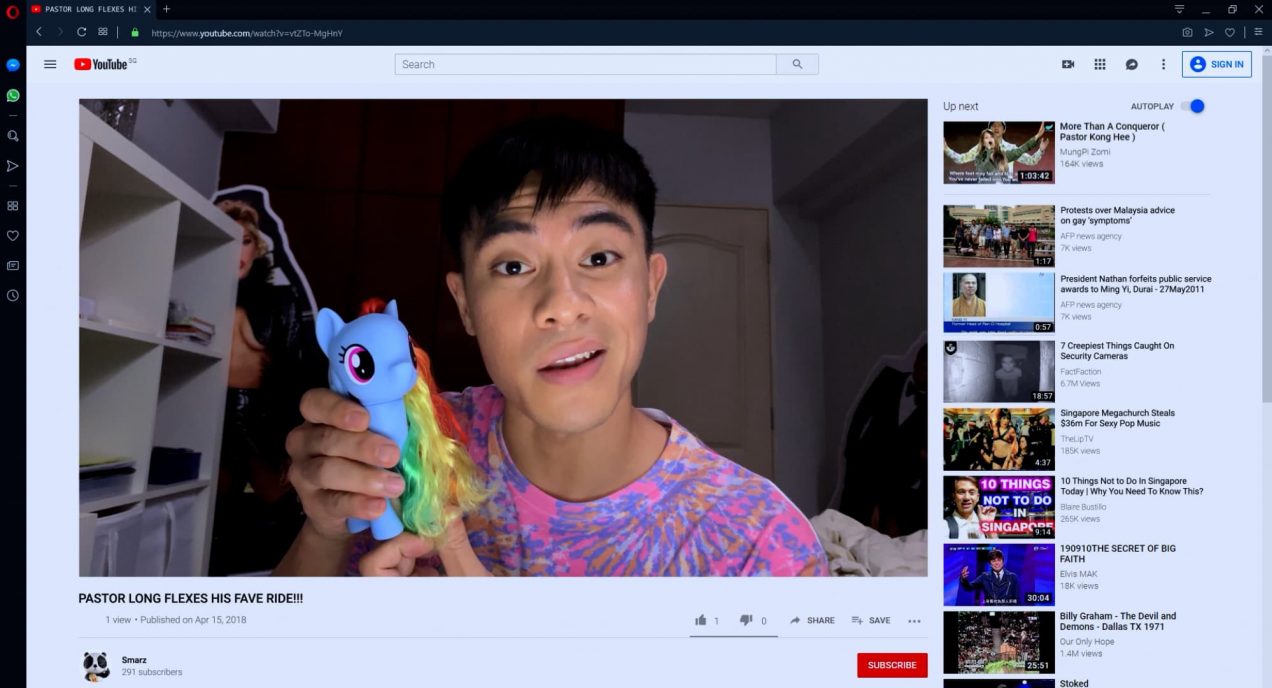 On August 21, 2022, during his National Day Rally speech, the Prime Minister of Singapore Lee Hsien Loong announced that section 377A of the Singaporean penal code would be abolished. This antiquated law banning sexual contact between two consenting male adults has long been campaigned against by the country’s LGBTQ community and its growing number of supporters. While those against this decision have expressed their deep disappointment and called for the “definition of heterosexual marriage to be fully enshrined in the constitution”, the LGBTQ groups have called the decision a “hard-won victory and a triumph of love over fear“, showcasing just how polarised the opinions on LGBTQ rights still remain.

It is this divide that is in the centre of Ken Kwek’s #LookAtMe. He takes the viewer on a satirical journey through one family’s experiences of tackling these issues, along the way exploring the hypocrisy of societal power structures and the effects of social media.

The story is of teenage twin brothers Ricky and Sean (Yao), who see their lives take a dramatic turn after being invited to attend an evangelical church service by Sean’s girlfriend Mia (Shu Yi Ching). While things start harmlessly enough, the service soon descends into a homophobic rant by the church’s charismatic leader Pastor Josiah Long (Adrian Pang); a topic that hits close to home as Ricky is indeed an out and proud gay man. Tensions run high all around, but it is Sean that ends up taking to social media to defend his brother and the LGBTQ community, in a video targeting Pastor Long and his congregation. This rush decision sets Sean and Ricky’s lives on a new course, leading Sean to face Singapore’s draconian justice system and Ricky to find new meaning as an LGBTQ activist.

The film starts by introducing us to the people at the heart of the story: Ricky, Sean and their mother Nancy (Pam Oei). Through the silly social media content of the two brothers pranking their mother, we get an intimate insight to the inner workings of this closely knit family unit. The boys may goof their mom by taking the kitchen tap apart and putting shaving cream on her strawberries, but it is obvious that this is a house built on love. But silly prank videos do not quite get the boys the followers they yearn for. To get an actual viral hit that Sean is so desperate wants, he must come up with something else and that something comes in the form of his attack against Pastor Long. While certainly heartfelt, his arguments are not exactly the most carefully balanced ones, nor is posting such a rant the most well thought out move. Sean gives into juvenile antics and makes some rather colourful comments about the Pastor’s love life and the potential non-human partners that he may be entertaining. Offensive, yes, but also so incredibly infantile that it is hard to believe that anyone would give it a second thought. But of course, they do, and in no time at all Sean is sitting in a police interrogation suit being told to get a lawyer.

Coming from a western point of view, this all seems ever so slightly insane. While Britain has laws against slander and hate speech, the belief in freedom of speech and free expression of ideas is so integrated in our society, that even spouting the most hateful rhetoric does not get you a day in court without an ample amount of evidence that it is causing real harm in the world. This, however, is not the case in Singapore where a simple act of protest can easily get you actual jail time. One such case (of a teenager jailed for an online video deemed “offensive to Christians”) was in Ken Kwek’s mind when he first started workshopping #LookAtMe in 2015, and by the time the film itself went into production in 2019 many other vloggers, activists and artists have faced the same consequences, further informing the story that Kwek wanted to tell.

Kwek has pieced together a drama that speaks of serious, important issues but does not get bogged down with the heaviness that sometimes comes with such a subject matter. The satirical look that he approaches the story with keeps things just on the right side of darkness; acknowledging and engaging with the issues at hand, but also not shying away from pointing out how absolutely ludicrous some of them are. It is incredibly refreshing to see a story that neither tackles these issues with pure humour or with straight-faced drama, but rather balances delicately somewhere between, throwing a little curve ball to the viewer every now and then just to keep them on their toes.

With #LookAtMe Kwek takes aim at not only the aforementioned Section 377A, but also the laws that criminalize hurting religious sentiments and the blatant hypocrisy that often accompanies such legislation. While Pastor Long is free to spew out his hateful rhetoric week in week out, one single video suggesting something derogatory of him and his followers gets Sean in big trouble. It is ok to hate, even publically, as long as the target of your hate is not in one of these protected groups. There is also an underlying focus on larger cultural issues of people giving up their freedoms in order to live in a seemingly prosperous society. The surveillance cameras that are claimed to keep people safe, only do so when it suits those enforcing the laws. While they can pick up the tiniest infractions, when someone outside of this system is hurt, those cameras conveniently see nothing.

It would have been easy to make a film that simply shined a light to the societal issues of Singapore or its legal system, shouting “Look how messed up this all is!” but that is not where #LookAtMe takes the viewer. Kwek’s criticism of the issues is subtle yet effective.  The images lifted off the city’s numerous surveillance cameras do the necessary, getting the point across without it being forced upon you. Instead of revelling in the injustice, the film focuses on the people in the middle of the story and how this one seemingly inconsequential decision changes them all for good. It is these characters and of course, the actors portraying them that really make the movie. Pam Oei is simply wonderful as the mother that stands by her children no matter what. Her performance is not dramatic but realistic, and that is why it works well. The chemistry between her and her boys is tangible as well as eminently relatable for any parent. And then there are the “boys”, them, of course, being just one actor, Thomas Pang, also known as Yao. The seamless way he manages to portray two very different characters and the interactions between them is nothing short of phenomenal. It is almost impossible to believe that you are watching just one actor. Some of this is of course thanks to Yao’s body double Shane Mardjuki, who does a very credible job in mimicking Yao’s movements and gestures, but I would not be all surprised to see more of Yao in the coming years, as this performance must have caught the attention of the industry.

Things are changing in Singapore but there is still work to be done. The end of 377A is a great first step but ultimately it is the prevailing conservative attitudes that need to shift, for real, meaningful change to happen. This is where films such as #LookAtMe can go a long way. The way it depicts homosexuality as something completely mundane, as just a humdrum part of life, is exactly the kind of normalisation that is needed for opinions to change. It’s not scandalous, it’s not glamorous, it just is. #LookAtMe has not yet seen a release in Singapore. Time will tell whether it will be freely shown or if it faces the same unfortunate faith as so many other LGBTQ stories and end up on the list of banned material. I sincerely hope that the former of the two ends up being true and the good people of Singapore will also get to enjoy Kwek’s work.