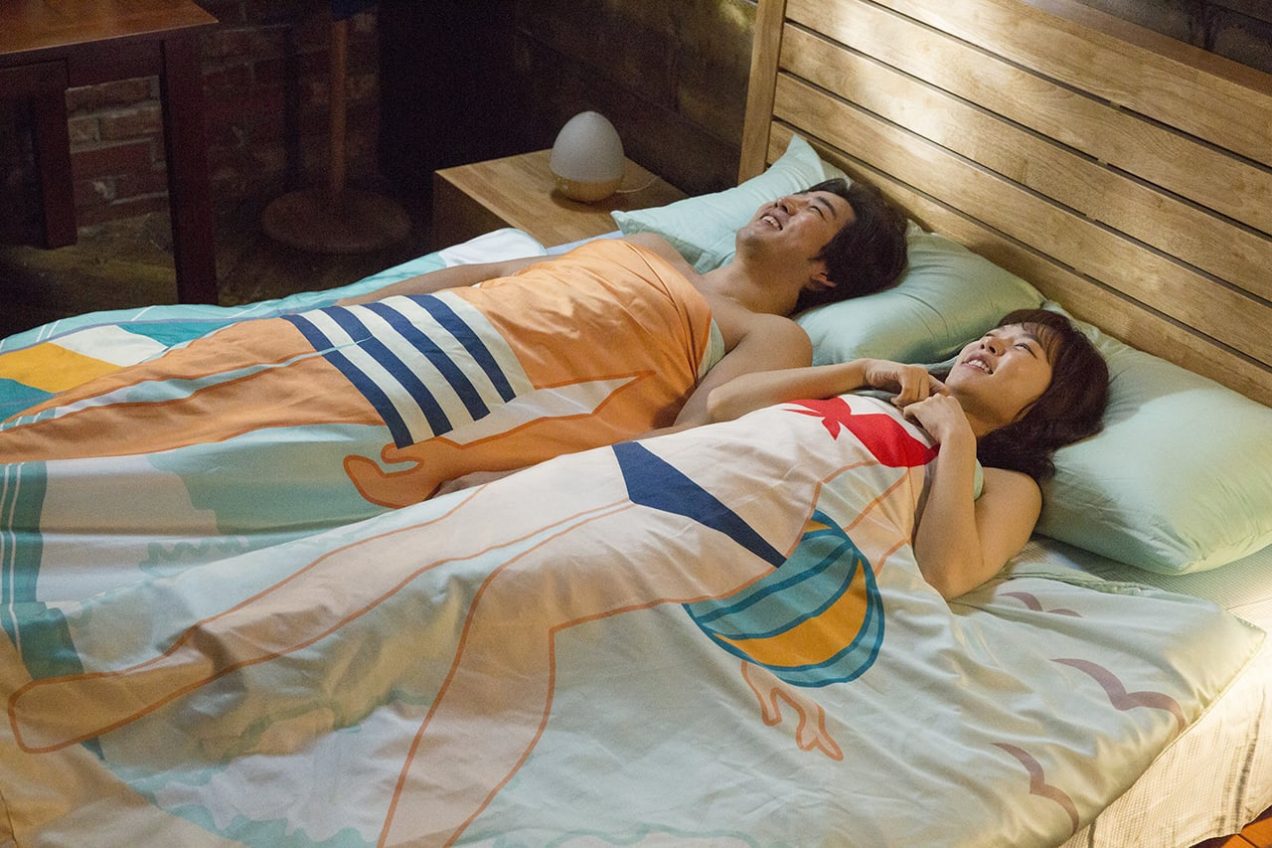 A jilted man and woman decide to hook up to try and get over their exes, only to fall for each other instead…

Korean writer director Ha Gi-ho serves up another entry in the ever-popular romantic comedy genre with his sophomore effort Love Guide for Dumpees, in which a jilted pair enter into an odd relationship to try and find mutual solace. Ha’s first outing since his nostalgic 2007 drama Radio Days, the film stars Yoon Kye-sang (Poongsan) and Han Ye-ri (Haemoo) in the all-important lead roles as the couple in question.

The film opens with the depressed Jung Hoon (Yoon Kye-sang) getting drunk while attending his ex-girlfriend’s wedding, where he runs into the similarly displeased Shi Hoo (Han Ye-ri), who just happens to be the ex of the groom. After much soju and a bout of drunken sex, the two agree to an odd relationship whereby they’ll meet just nine more times before breaking up, supposedly as a means of getting over their respective former other halves. While everything goes to plan at first, the two inevitably start developing feelings for each other, leading to complications and tears, not least since it becomes clear that Shi Hoo has a plan of her own.

Is there any originality left in the Korean romantic comedy genre? Not much, going by the evidence here, as on the surface at least, Ha Gi-ho sticks largely to the path trodden by countless films before him. Certainly, Love Guide for Dumpees is nothing if not narratively familiar, playing its vaguely quirky premise for a first act of comedy, followed by a second act of romance, and a final act fraught with melodrama. The relationship between Jung Hoon and Shi Hoo plays out exactly as expected, from their initial bickering and animosity, through to the inevitable realisation that they do, surprise surprise, have feelings for each other, and the plot steadfastly refuses to deviate from the usual check list of emotions and soap opera revelations. Ha’s script even works in the obligatory comic relief and other romantic subplots involving the supporting cast, in particular Jung Hoon’s quirky best friend Deok Rae (Jo Bok-rae, The Accidental Detective), who does double duty in this respect, being the target of a series of gags before finding love with an older teacher.

Still, there’s definitely something else happening with Love Guide for Dumpees, in the form of an undercurrent of nastiness lurking beneath the surface, and it’s hard not to feel that there’s a real bitterness behind the eventual smiles. While the film is wholly conventional in relationship terms, the fact that its pairing has its roots in anger and a need to appear happy rather than actually being happy is never quite shaken off, and there’s a simmering tension throughout as a result, pushing the viewer to try and figure out if Jung Hoon and Shi Hoo genuinely like each other or are merely trying to fool both the world and themselves. Touching on loneliness, revenge and even suicide, there’s a darkness here not often seen or hinted at in romantic comedies, and though it’s debatable whether or not this was what Ha was aiming for, it does provide a different reading of the film for those looking for one, and gives it a welcome boost.

As ever with the genre, the lead stars are the main selling point, and Yoon Kye-sang and Han Ye-ri are both perfectly respectable in this regard, turning in sympathetic, if not always terribly likeable performances – the strange, almost perverse chemistry noted above notwithstanding. There’s a decent amount of spark between the two, and the film is just about moving enough as a result, and the entirely foreseeable climax is reasonably satisfying. There are a few fairly graphic sex scenes scattered throughout, if no actual nudity, and these work well to give the film a more adult feel, and to prevent it from becoming cutesy in a way which would have been seriously undermining.

Love Guide for Dumpees is ultimately a bit of a hard one to call, being one the one hand predictable and genre-friendly, while on the other having tinges of something more cynical and dark around the edges. A solid offering by the standard of the form from Ha Gi-ho, the film should be enjoyed by fans of romantic comedy or the two leads, though there’s probably not enough here to make it appeal to general viewers.

Love Guide for Dumpees is available on YesAsia.