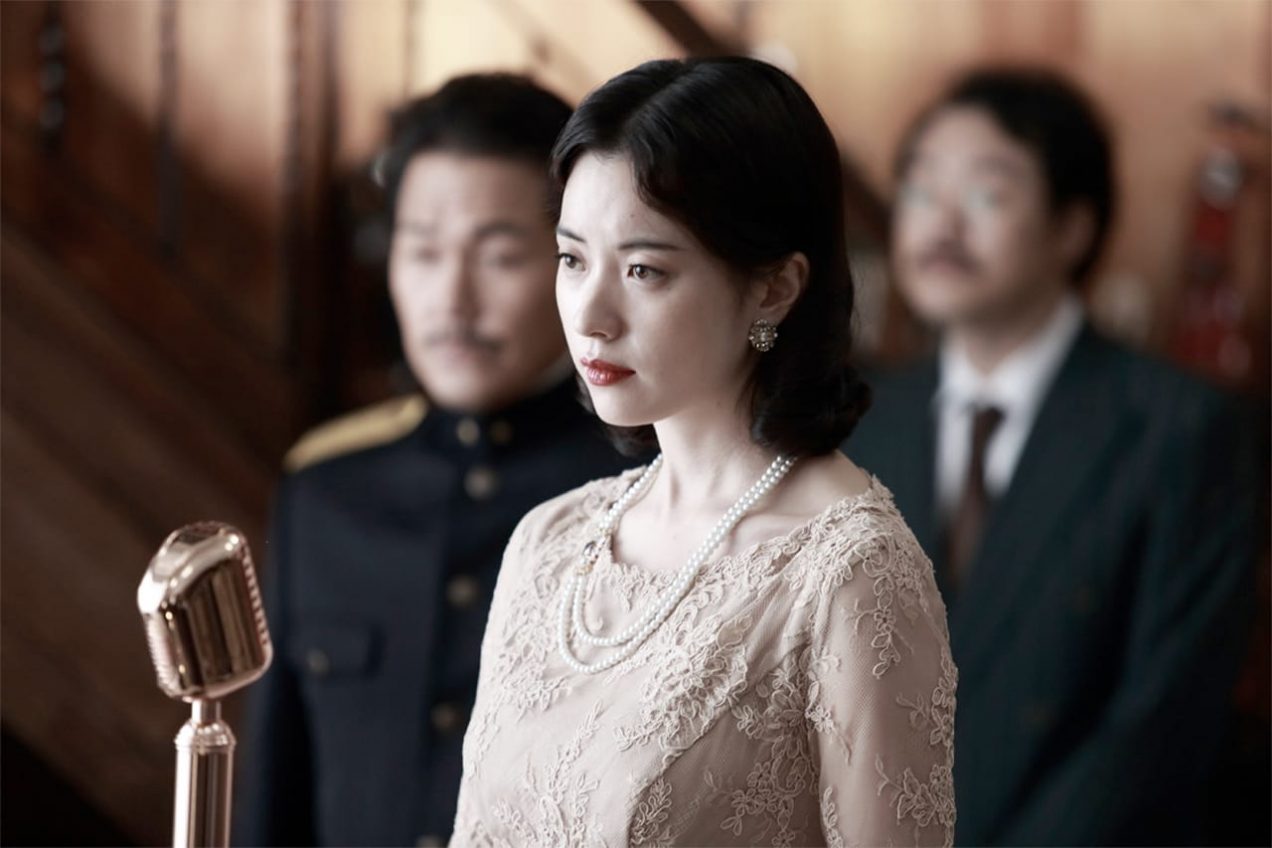 Park Heung-sik, director of Memories of the Sword, returns with a historical drama of a different kind with Love, Lies, revolving around a bitter love triangle between two Korean singers and a songwriter in 1940s Seoul. For its three leads, the film reunites Han Hyo-ju, Chun Woo-hee and Yoo Yeon-seok, who starred together in Bae Sung-woo’s 2015 romance The Beauty Inside, and proved very popular with Korean critics, if perhaps not with audiences.

The film is set in Seoul in the 1940s, during the final years of the Japanese occupation of Korea, with Han Hyo-ju as So-yul, a gisaeng entertainer who plans to rise to the top of her profession. Studying at gisaeng school, she meets Yeon-hee (Chun Woo-hee), who came to the institution by a very different route, and the two quickly become best friends. Things start to get complicated when So-yul’s boyfriend, songwriter Yoon-woo (Yoo Yeon-seok) starts getting interested in Yeon-hee, and supports her in her desire to become a more modern pop singer. Heartbroken and furious, So-yul plots drastic revenge against Yeon-hee, with tragic consequences for all concerned.

Though Love, Lies in terms of plot is a pretty straightforward love triangle melodrama, there’s a lot more going on beneath the surface, and Park Heung-sik manages to make the film more substantial than most period-set dramas. The focus is very much on the conflict between modernity and tradition, set against a very interesting cultural backdrop, and though the use of changes in Korean music might not be terribly original in itself, the film is even handed, and there’s both a sense of inevitable doom as traditions are lost, and of looking to a more modern and challenging future. The replacement of classical Korean music by US and Japanese influenced pop and jazz is, for better or worse, used by Park to suggest the coming of a new Korea, and as such though there’s nationalism here, it’s of a slightly different and more thoughtful kind than usual. Pleasingly, none of this is played out in too obvious fashion, and though not exactly subtle, the film manages to avoid too much cheap symbolism or cliché, and Park mostly manages to keep things grounded and engaging.

This clash is echoed in its characters, though here the film isn’t quite so successful. Partly, this is simply due to the over-familiarity of the love triangle plot, which plays out very much as expected right through to the bitter end, giving the film somewhat of a generic and predictable feel, even when things do get suitably tense and tragic, with plenty of tears and self-destruction. Still, the film is moving, thanks mainly to excellent performances from the two female leads, Han Hyo-ju and Chun Woo-hee both really bringing their roles to life. Han successfully keeps So-yul human and sympathetic despite her twisted behaviour, and Chun manages to make Yeon-hee more than just a cipher for change – the film does have the feel of a very female oriented production, which is certainly no bad thing. Yoo Yeon-seok doesn’t impress quite so much, being primarily on hand to instigate conflict between the women, though this is not so much the actor’s fault as it is the script, which only provides him with sketchy motivations for his behaviour.

The film gets a boost from some very strong production values, boasting what’s arguably one of the more convincing period recreations of recent Korean cinema, Park showing a keen eye for historical detail. The costumes and sets are immaculate, and though the film has a lavish air in places, it remains convincing and avoids being too glamorised, in a way which nicely underscores its themes. Though the pace is slow in places, the various musical numbers and interludes help to keep things moving along, as well as adding authenticity and upping the entertainment value – viewers who enjoy Korean music in its various forms should find much to enjoy.

Though let down by its use of a routine love triangle narrative device, Love, Lies has a lot going for it, and is a superior and really quite gorgeous-looking Korean period drama. Well-made and making up for its weakness of plot with an accomplished treatment of its theme of change, the film deserves to find a wider audience, and is a solid offering from Park Heung-sik and a great vehicle for the talents of Han Hyo-ju and Chun Woo-hee.

Love, Lies is available from YesAsia.