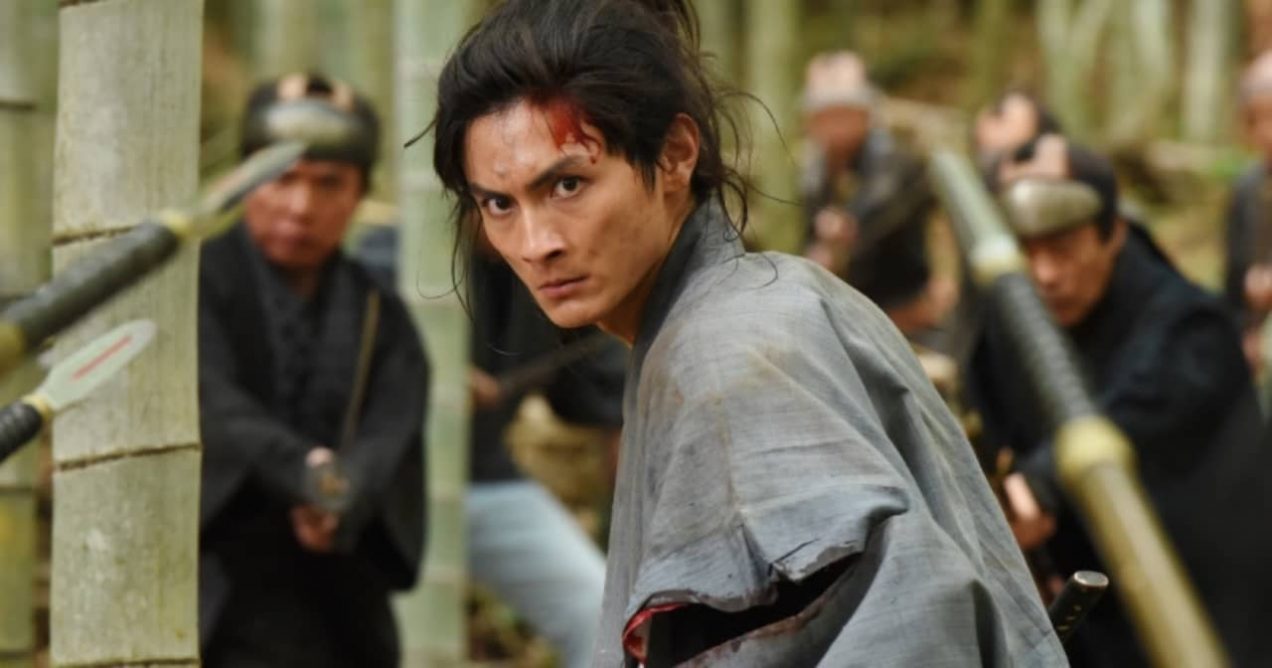 40 years after his last big Jidaigeki, veteran director Sadao Nakajima is back at it. Is 2nd time the charm?

Despite his long and prolific career, Sadao Nakajima remains known as a cult director among cult directors. He’s probably most famous/notorious internationally for his bizarre-even-by-pink-movie-standards Journey to Japan (1973), starring Swedish adult movie actress Christina Lindberg. It had the more appropriate original Japanese title にっぽんSEX旅行 — Japan Sex Trip, although that title isn’t really appropriate either as the heroine doesn’t actually come to Japan for sex but is kidnapped and forced into it by a depraved nerd, with things getting even weirder and less PC from there. That, of course, is another story, but it gives the perfect example of the kind of director Nakajima is, as many of his films feature plots, posters and even titles so lurid they would immediately let viewers know what they were in for, specializing in pink movies (Nunnery Confidential), even more vicious than usual gangster flicks (Yakuza Terror) and the occasional convergence of the two (Girl Boss: Escape from Reform School).

But once in a while, Nakajima would suddenly try to get all serious in terms of both narrative and subject matter, and he primarily channelled those aspirations through the jidaigeki genre which he clearly had a longtime interest in but only occasionally worked in. He made a self-explanatory documentary called Chanbara a few years ago and separate TV biopics in the 80s and 90s on Oda Nobunaga and rival Takeda Shingen. But his last feature film jidaigeki was all the way back in 1979 with The Shogun Assassins, a wildly sprawling ninja epic about the defence of Osaka Castle. For a director who was shown to be capable, interesting and original if messy in exploitation genres, that film exposed serious troubles and limitations in his method, indicating that a man whose best work hinged precisely on being unhinged is perhaps not suited for ambitious and big mainstream films. Yet here he is taking another stab with Love’s Twisting Path. Needless to say, my expectations were ambivalent indeed (and having another younger exploitation figure, Kazuyoshi Kumakiri of Kichiku/Banquet of the Beasts fame as an assistant director here didn’t help that any). Was 40 years (and 20 away from feature filmmaking altogether) long enough of preparation between outings? Let’s see….

Near the end of the Tokugawa Era, Tajuro Kiyokawa (Kengo Kora) was the greatest swordsman in Chōshū (1, see glossary at end), but he left the domain with a group of anti-Shogunate Sōnnō Jōi rebels (2), yet soon abandons them as well. It turns out he really just “joined” their rebellion to escape from the debt he was in at Chōshū. So when found and approached by his former cohorts to protect (in his mind for all he cares) some guy named Squire Katsura, he simply tells them “if you’re taking over the country, you must know someone with money.” Meanwhile, also finding Tajuro again is his younger half-brother Kazuma (Ryo Kimura), who looks up to him but got the wrong idea that he was dedicated to the rebellion, getting Tajuro pulled into extra trouble with the shinsengumi police (3) who also have that idea and are actively seeking them out for it. 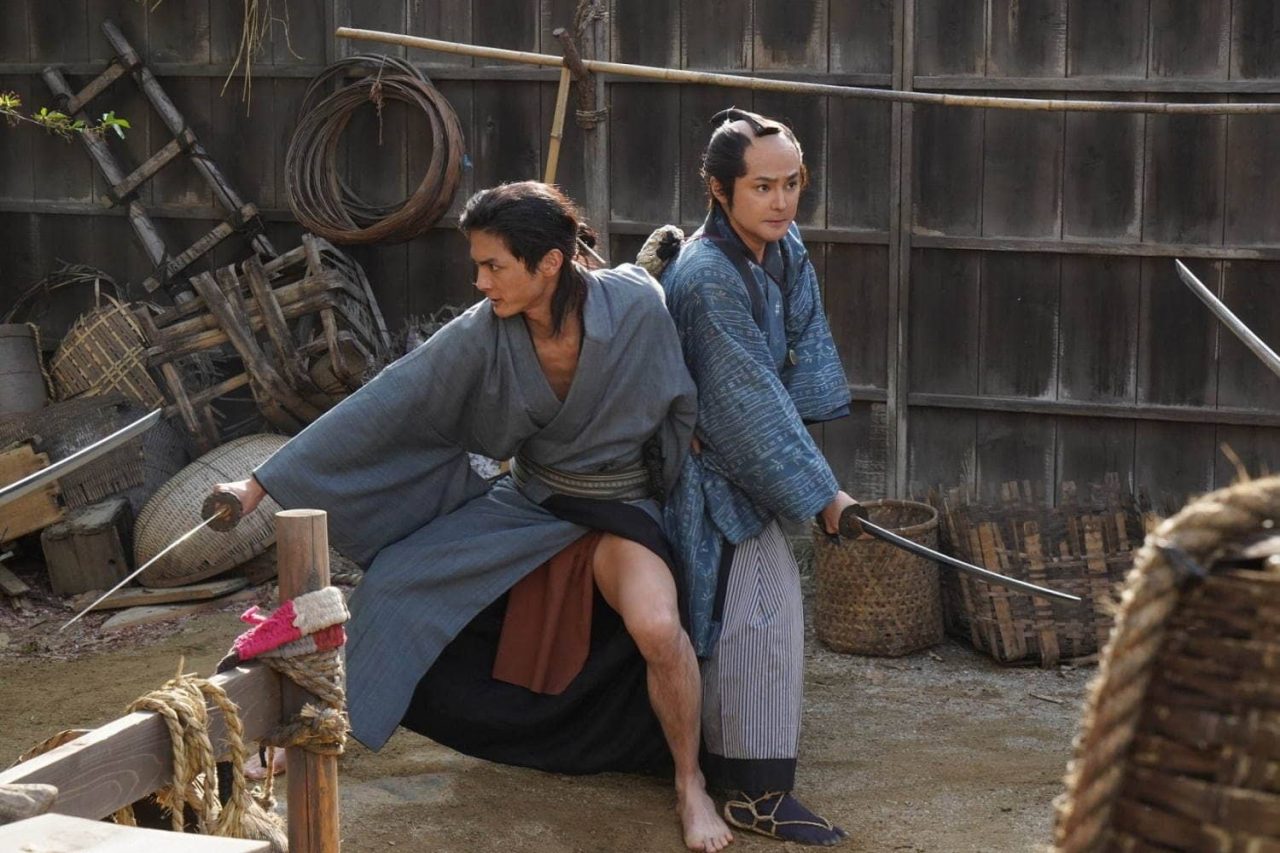 But as a down-on-his-luck ronin loser who just sells summer oranges and wants no part of any of it, Tajuro can’t even find full respite in the remaining thing he likes to do: drinking at the izakaya (4). There, he ends up using his skills to protect the head hostess Otoyo (Mikako Tabe, Piece of Cake) from shinsengumi ruffians harassing her. That prompts Otoyo’s former geisha mother to hire him there as bodyguard, while Otoyo protects (and helps culture) Tajuro in her own way, giving him a place to hide and recuperate. The two — both outcasts of sorts — end up having a special connection from there.

My hopes for this film were lowered when noticing fairly quickly that Nakajima still shows signs of his biggest vice as a director that seems to have followed his whole career: a lack of confidence to allow the characters and story to speak for themselves. After seeing and sampling several of his movies across several genres from 1973 until 2019 here, I’m now fully convinced that Nakajima systematically directs his actors to overact, and readily serves scenery to be chewed like a chef does sushi rolls (it seems the only man he was truly incapable of getting to do that was the incorruptibly stoic Bunta Sugawara, and Meiko Kaji on a similar note among women). And as it’s especially appalling that such a veteran director (one of the longest active in Japan at 55 years now) still does this, he himself must have been long convinced that that’s just the way to do things and how actors from extras to stars should act. It’s thankfully not pervasive this time around as the leads are measured when they really need to be, but it’s still very visible and audible.

OK, so Nakajima still isn’t and never was the man to turn to for subtlety — though on that note he’s actually more in tune with the zeitgeist of today’s industry dominated by films inspired by and emulating mainstream manga. At the same time however, the director just as clearly shows skill and experience in other departments, making it odd indeed to see someone who handles lively ensemble shots, atmosphere (whether in lighting or design) and sword fighting (that’s more fury than finesse but still gets the job done) as well as he does still be so unrefined in one of the basics. But sometimes even the less graceful content works out in depicting characters marked by such (a hiding husband’s sneer when hearing his wife tell their landlord “my husband makes good money.”)

Equally helpfully, the director’s love for the period and the genre-based around it shows in a few different ways here. One is with the highly appealing costumes and sets of Japan’s oldest fully surviving city Kyoto (with particularly lively scenes of Tajuro and his pursuers running through and wrecking traditional houses to shocked civilians and having a classic style samurai battle in a bamboo forest). He also richly even if not deeply peppers the film with history, with the characters’ undertakings being interrupted and complemented with references to contemporary events and trends like popular Eejanaika! (“what the hell?”, 5)  chants. And while the romance can be rather trite in places, it’s still well-realized in showing how the leads could be a perfectly reasonable match for each other as people who are both damaged goods for their respective classes and genders during one of the very worst periods of Japanese history to be damaged goods. The ending is handled particularly well and not exactly as one would guess. 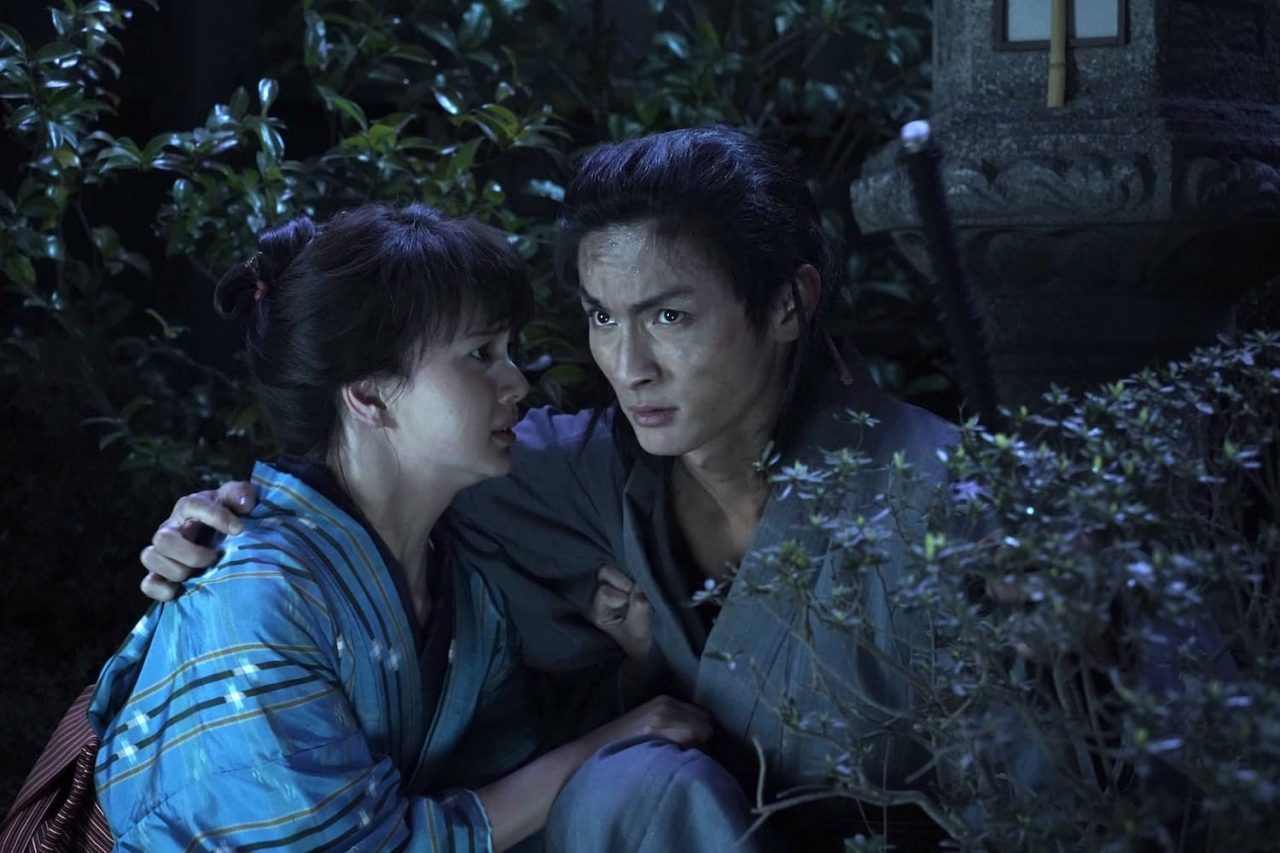 So even while not being able to help but notice the vices, at the end of the day the biggest inclination I get from watching Love’s Twisting Path is to commend and even marvel at Nakajima just for having the audacity to make a full return to the genre a whopping 40 years later a few weeks short of an astonishing 85 years old; and with a fully competent film that only a genuine love and respect for the genre could’ve mustered.

“Drink yourself to death if you like, as long as you can pay for it first.”

GLOSSARY [note: the film’s subtitles mention all of these with no explanation besides #2 to an extent) 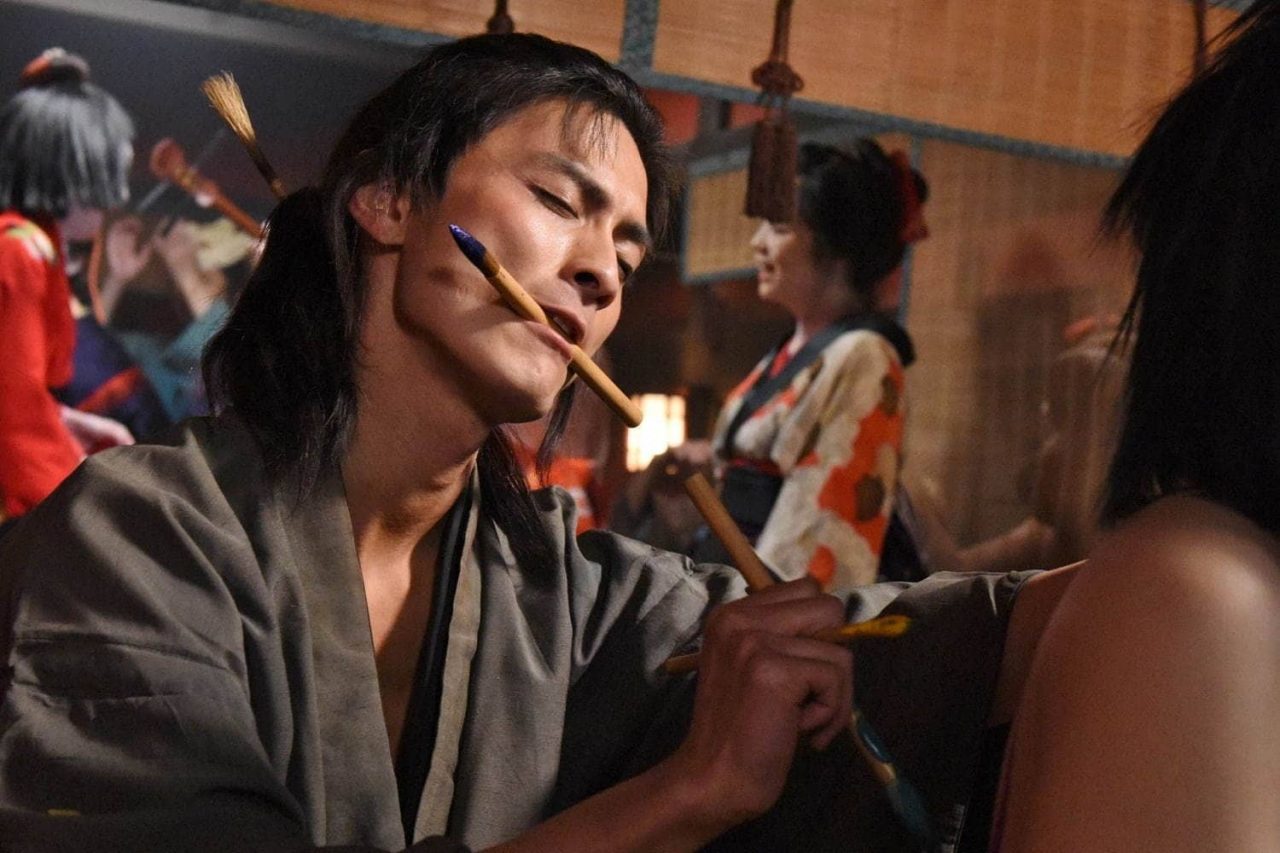