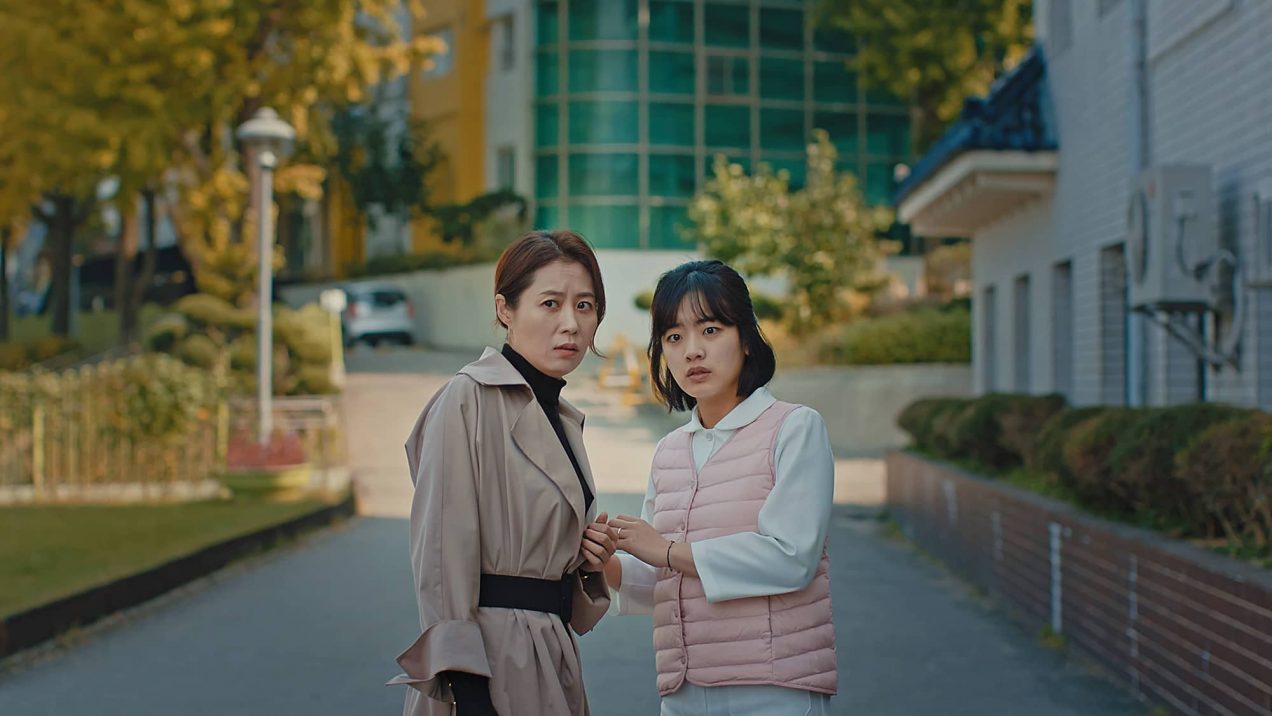 Maggie marks the feature debut of writer-director Yi Ok-seop, who previously won acclaim for shorts including Girls on Top. Supported by Busan’s Asian Cinema Fund, the film is a weird and wacky affair, following a series of different characters whose lives are thrown into disarray by the discovery of a rather graphic X-ray at a hospital depicting a couple having sex. The film has been picking up awards on the festival circuit, winning a number of prizes at Busan, and the Grand Prix at Osaka.

Opening at The Love Of Maria hospital in Seoul and progressing through different forms of narration and onscreen titles, the film follows nurse Yoon-young (Lee Ju-young), who wrongly fears that an X-ray of a couple having sex found on the premises is of her and her useless boyfriend Sung-won (Koo Kyo-hwan, who co-wrote the script). Dithering about whether or not to quit, she’s surprised the next day when nobody turns up for work apart from her boss Dr. Lee (Moon So-ri), and the two start looking into the stories of the different patients at the hospital. At the same time, sinkholes start opening up around the city, and a series of strange events occur, seeming to be linked to a catfish belonging to one of the patients.

Korea has been responsible for some pretty quirky films in recent years, though Maggie takes things several steps further, mixing cutesy kookiness with nonsensical plotting, a talking fish, wholly unexplained events, bizarre coincidences and plenty of silliness. While there’s certainly an audience for films of this kind, where Maggie falls down is in that it makes very little sense indeed, and feels like a series of vaguely connected shorts rather than a film in the traditional sense, or like a cinematic stream of consciousness (or perhaps consciousnesses – it’s hard to tell). This might work for some viewers, but after it becomes clear that most of the anecdotal passages in the film have nothing to do with each other or the central conceit of the breakdown of Yoon-young and Sung-won’s relationship, attention spans will inevitably vary. With an uneven, random pace, no real drama, and a shifting tone, there’s little to tie the film together or to give it any substance, and Yi Ok-seop never seems in the least bit interested to give the viewer anything to engage with, or indeed a reason to keep watching.

This lack of focus and stubborn refusal to give Maggie a discernible point is a shame, as the film isn’t badly made, and while scattershot and incoherent, it does suggest that Yi has talent as a director, showing a creative visual style and being capable of injecting a sense of energy, if only sporadically. The performances are similarly decent, and though their characters are made deliberately obscure and distant by the script, both Lee Ju-young and Moon So-ri are on good form, and their efforts make the film more watchable than it might have been.

Other than an exercise in narrative chaos, or an ill-conceived meditation on how human relationships and interactions make little sense, it’s hard to see what Yi Ok-seop was aiming for with Maggie, as it’s unlikely to appeal either to fans of quirky comedies or abstract arthouse audiences. This is perhaps understandable for a first time feature director, and though Maggie really doesn’t work, aside from perhaps for YouTube-loving viewers looking for ninety minutes of anecdotes, hopefully Yi will go on to better and more lucid things.

Maggie screens as part of the BFI London Film Festival 2019.