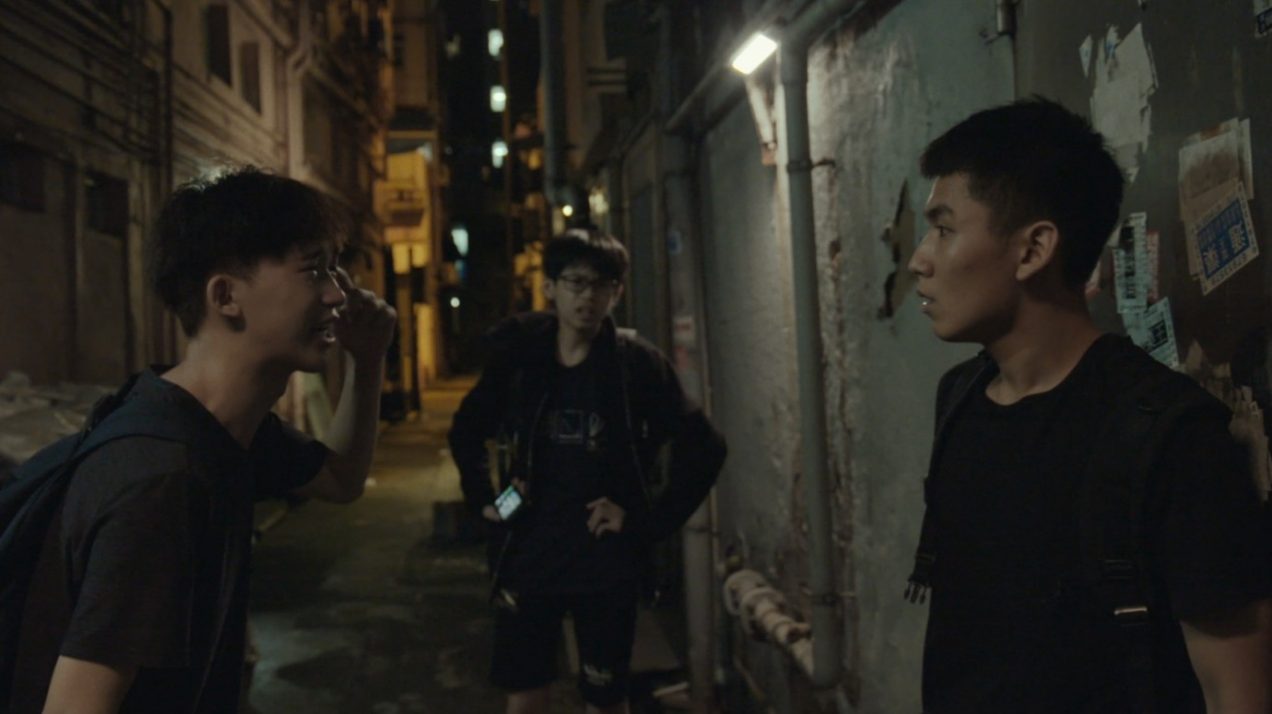 Many filmmakers rethinking the recent social protests through cinema turn to documentary, docufiction or essayistic forms – the most notable example being Berlinale-awarded Myanmar Diaries. However, dedication to facts and truth in the film made by the anonymous Myanmar Film Collective turns out very shaky upon the close up on the production process. Since the special programme Made in Hong Kong at the 2020 International Film Festival Rotterdam, the topic of social upheavals and Anti-Extradition Law often reappears in the latest Hong Kong films. The unannounced premiere of Revolution of Our Times at the 2021 Cannes Film Festival brought director Kiwi Chow to international attention, although the film is credited to Hongkongers. He was the only filmmaker involved in the project who decided to reveal his identity. All these examples are an encouragement to rethink the form of documentary film itself, the role of film festivals and their dedication to politics. Comparably, until the upcoming Hong Kong Film Festival UK. European cultural institutions have not paid a lot of attention to low-budget indie drama May You Stay Forever Young, made by a group of dedicated young filmmakers who decided not to stay anonymous. The film premiered at the Golden Horse Film Festival in Taipei and brought awards for the best new director to the filmmaking duo Rex Ren and Lam Sum. May You Stay Forever Young is a healthy flipside to Revolution of Our Times. Surprisingly, fiction filmmaking might offer better tools to reflect upon the lived experience of the protesters.

May You Stay Forever Young revolves around a group of young people who have just graduated high school and prepare to start their adult life. Some plan to go abroad to study, some think of applying to universities in Hong Kong, some take up work. However, the experience of participation in Anti-Extradition Law protests connects them all. The story returns to the very beginning of the struggle: June 2019. YY is one of many young people who peacefully occupy the streets. She decides that she will commit suicide as a radical method to make the Hong Kong government respond to their demands. A group of fellow protestors races against time to find her before it is too late. During the exhaustive search, the group is troubled by inner conflicts and miscommunication. The close up on the fragment sometimes grasps the problems of the whole better than the comprehensive image.

May You Stay Forever Young is filled with the romantic spirit of youth and struggle. The plotline is best summarised by the motto “one for all, all for one”. In the joint cause, the individual is as important as the community. The strongest point of the film is that it highlights the paradoxes embedded in the fight and heroic acts. When YY’s friend says “Hong Kong won’t change because of your death” it puts a question mark on all the radical actions that are negative in their core. Moreover, the brilliant twist is that the story is not only about Hong Kong protests but also the difficult transition to adult life. Scriptwriter Daniel Chan Lik-hang pays attention to the social and family background of the characters, enriching the story with intersectionality in terms of class and gender. Diversity within the group of young protesters is accented, which inevitably leads to tensions and gradually builds up the suspense. It is not necessarily political activism but family issues that take centre stage, which makes the film more rooted in the daily lives of the young protagonists and Hongkongers in general. Some parents support the Central government and the police, some hope their children will prepare for studies overseas instead of taking to the streets. Generational conflict is one of the most interesting subplots of the film. Another crucial issue highlighted in the film is the sexual harassment that female protesters suffered. However, the topic is unfortunately left on the sidelines in favour of the focus on family and class issues.

There is a danger of reading YY as a symbol of Hong Kong, once again treating a female character as a metaphor for the nation. The group tries to save YY at all costs even though they do not know her. The mystery behind the rescue mission is developed in a slightly awkward way by suggesting a romantic subplot. The film does not avoid some redundancies while trying to build suspense. The conflict between individuals and communities is not as strong as to support the main plot. The visual keys used in the film such as the hands, the letter or YY’s mascot are too repetitive and sometimes unnecessary. The filmmakers want to lead the audience by the hand instead of trusting the viewers and let them roam freely through the cinematic world they created.

Regardless of the minor shortcomings, May You Stay Forever Young is a very compelling portrait of a generation that experienced one of the biggest upheavals in the history of Hong Kong. The film is also an important contribution to the debate on the image of social unrest in contemporary cinema. It is visible on the screen that it was made by a tight-knit community of dedicated filmmakers who remain true to the cause and true to themselves.

May You Stay Forever Young screens as the closing gala of the Hong Kong Film Festival UK on 27 March 2022 at Genesis Cinema.

Read all posts by Staff