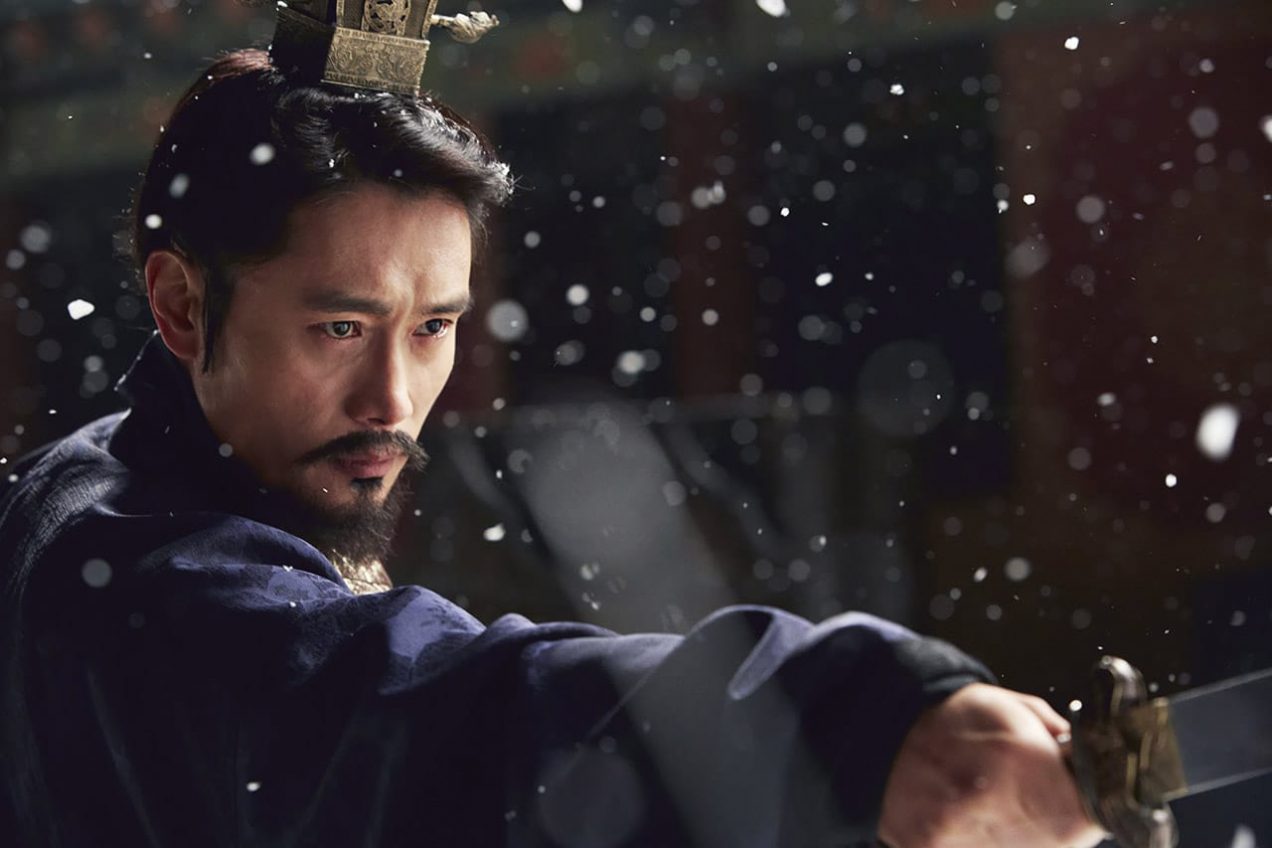 Vengeance and betrayal are very much the order of the day in Korean period drama Memories of the Sword, co-written and directed by Park Heung Shik (My Mother, the Mermaid). While its premise is certainly nothing new and the genre playing field is already more than overcrowded, the film does at least boast a top notch cast, headlined by Lee Byung-hun (Inside Men), Jeon Do-yeon (The Shameless) and upcoming talent Kim Go-eun (Coin Locker Girl), with a large and impressive supporting cast that includes Lee Jun-ho of 2PM, Bae Soo-bin (26 Years), Lee Kyung-young (Assassination), Kim Tae-woo (The Pirates) and Moon Sung-keun (Haemoo).

The film is set during the Goryeo era, when freedom fighters Deok Gi (Lee Byung-hun), Seol Rang (Jeon Do-yeon) and Poong Cheon (Bae Soo-bin) led a desperate uprising against the hated king. Things didn’t work out as planned, with Deok Gi having turned snake against his comrades in arms, leading to the death of Poong Cheon and forcing Seol Rang to flee with his young child and precious sword. A couple of decades later, Deok Gi is the head general of the army, haunted by the memories of the past though still keen to advance his position, while the now-blind Seol Rang has changed her name to Wallso, raising the child Seol Hee (Kim Go-eun) in secret and teaching her to fight. After Deok Gi uncovers her identity in a sword fighting competition, Seol Hee learns the truth about the death of her parents and sets out on a bloody path of revenge.

Although at its heart Memories of the Sword is essentially a fairly straightforward tale of vengeance, Park Heung Shik certainly packs in a great deal of plot, and there’s really a lot going on. The narrative is complex and multi-layered, with hidden motivations, confused identities and all manner of scheming from the start, and the film does take a fair bit of patience and concentration. While the script is generally well written and intelligent, it’s convoluted in places, taking a long time to explain itself and often falling back on clumsy exposition and an over-use of flashbacks. Still, there’s a definite and pleasing ambition to the film, and Park does try hard to add depth.

Ang Lee’s Crouching Tiger, Hidden Dragon and Zhang Yimou’s Hero were clearly the main inspirations, and the film recalls both quite closely in terms of story and character, focusing on generation gap dynamics and feisty female fighters. Superhuman jumping abilities, training scenes and bamboo grove battles add to the resemblance, though it’s a pleasant kind of familiarity, and the film feels almost old-fashioned in its values. This is also true of the stylised and slow-motion heavy action scenes, and the film is frequently poetic and beautiful during its martial arts clashes, clearly having benefitted from a high-end budget. Though the characters’ near-flying skills are initially a bit distracting, Park counters this by giving the film a hard and occasionally violent edge, with a decent amount of blood being spilled here and there.

The big name cast is the main draw here, and Lee Byung-hun in particular really delivers, on great form as the complicated Deok Gi. Although ostensibly the villain of the piece, he emerges as the most interesting and even sympathetic character, Lee making him into a very human, tormented figure, trapped and tormented by his own desperate strategies. Although Jeon Do-yeon does well with her role, it’s Kim Go-eun who also stands out, playing Seol Hee as more than the usual angry martial arts revenge girl, and giving her a believable sense of conflict and confusion.

All of this is enough to lift Memories of the Sword several notches and to make it stand out from the crowd of similarly themed Korean historical dramas. Balancing action and strong character development, the film sees Park Heung Shik successfully trying his hand at something a bit different to his usual brand of heart-warming melodrama and should be enjoyed by fans of the form and cast.

Memories of the Sword is available from YesAsia.