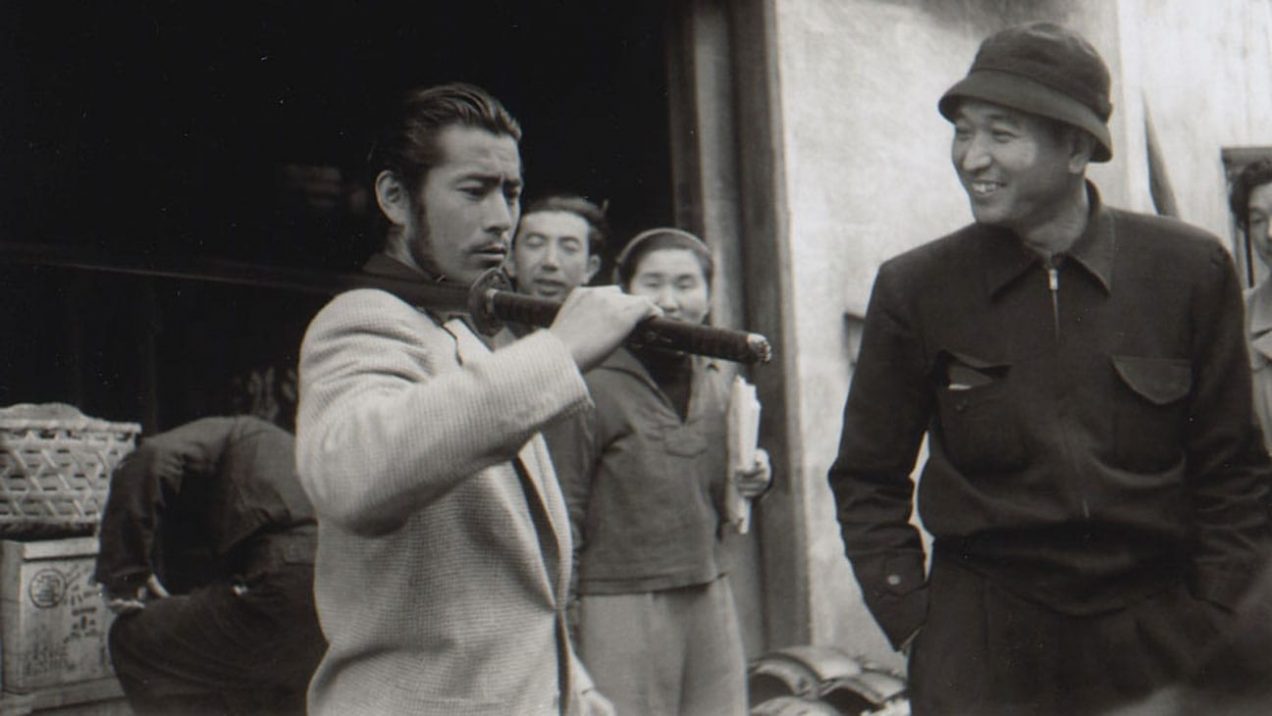 The most famous Japanese actor, Toshiro Mifune starred in some of the most iconic and well-loved movies, especially under the watchful eye of the master Akira Kurosawa. A documentary about him has been on the cards for a while, and now we have one in the guise of Stephen Okazaki’s ever-respectful effort. The film was premiered in 2015 and has been nominated for awards in Venice and Hawaii. Kicking off a short season of films directed by Kurosawa and starring Mifune, the film was screened in the 2017 Glasgow International Film Festival. As a big fan of the actor, I was looking forward to this one. Despite some notable omissions in discussing his filmography and short running time, the film does a great service to a legendary subject. Oh, and it’s narrated by Keanu Reeves.

One of the most interesting things about Mifune: The Last Samurai is that it begins with a short history of chanbara (Japanese swordplay) movies, a very unconventional way to begin a documentary about an actor. I was delighted by this, as there are some silent movies featured, many of which are unavailable. One film called Chokon (1925) looks wonderful. With the second world war beginning, the film introduces its subject and proceeds in an episodic fashion from his early days growing up in China, his move to Japan, and on to his death in 1997. Along the way, there are interviews with some of his peers and family members, excerpts from his films and vintage photographs.

The interviews, on the whole, are brilliant. Shiro Mifune his eldest son shares insights into Mifune as a family man, while Kurosawa’s son Hisao talks about his relationship with his own father. Two legends themselves Steven Spielberg and Martin Scorsese discuss Mifune’s impact and presence as an actor, especially with regard to the classic Rashomon (1950). Peers such as script supervisor Teruyo Nogami and actor Haruo Nakajima share some hilarious anecdotes about the man and the production of his films. It’s pretty mind-blowing that these filmmakers are still alive and can recall these stories, about movies made more than 50 years ago.

The section dedicated to the two’s collaborations from the ’40s until the ’60s is riveting stuff, and there is even some behind the scenes footage of my favourite Kurosawa movie Yojimbo (1961). However no screen time is dedicated to two of my favourites, and I think two of the best, Mifune/Kurosawa collaborations Drunken Angel (1948) and Stray Dog (1949). As the film goes on to cover his 60’s movies, there is also no screen time for his work with Kihachi Okamoto on Samurai Assassin (1965) and The Sword of Doom (1966), two of the greatest Samurai movies in my opinion (even though in the latter the lead actor is Tatsuya Nakadai, in a reversal of their roles in Yojimbo). Also, his work with Masaki Kobayashi on Samurai Rebellion (1967) is amongst his best. The narration dismisses them as “predictable”. This is the weakest aspect of the documentary for me.

The film is put together well and makes you beg for more. It also makes you want to search out some of the more obscure efforts in Mifune’s filmography, and for me his more well-known films that I haven’t caught yet such as The Samurai Trilogy. Tellingly, the film doesn’t go into the stories about Mifune’s falling out with Kurosawa, perhaps because it doesn’t fit in with the respectful tone of the piece.

The overall picture the film creates of Mifune is one of a hard-working, hard-drinking gentleman who lived the idea of the Samurai philosophy. He wasn’t afraid to take his life in his hands, as in the ending of Throne of Blood (1957), and would wait meditatively on set for his scenes to be shot. His range is one thing that separated him from other Asian actors of the time; he could play a protagonist like a feral animal (Rashomon), a magnificent Samurai (Yojimbo) and an on-the-edge policeman (Stray Dog) as completely believable and with a screen presence that puts him alongside greats like Humphrey Bogart and Steve McQueen.

Mifune: The Last Samurai is a fitting tribute to an actor who crossed boundaries and starred in some of the best movies of the golden age of Japanese cinema. The flaws are there to see if you have some knowledge of the man’s work, but that doesn’t detract from a riveting documentary.