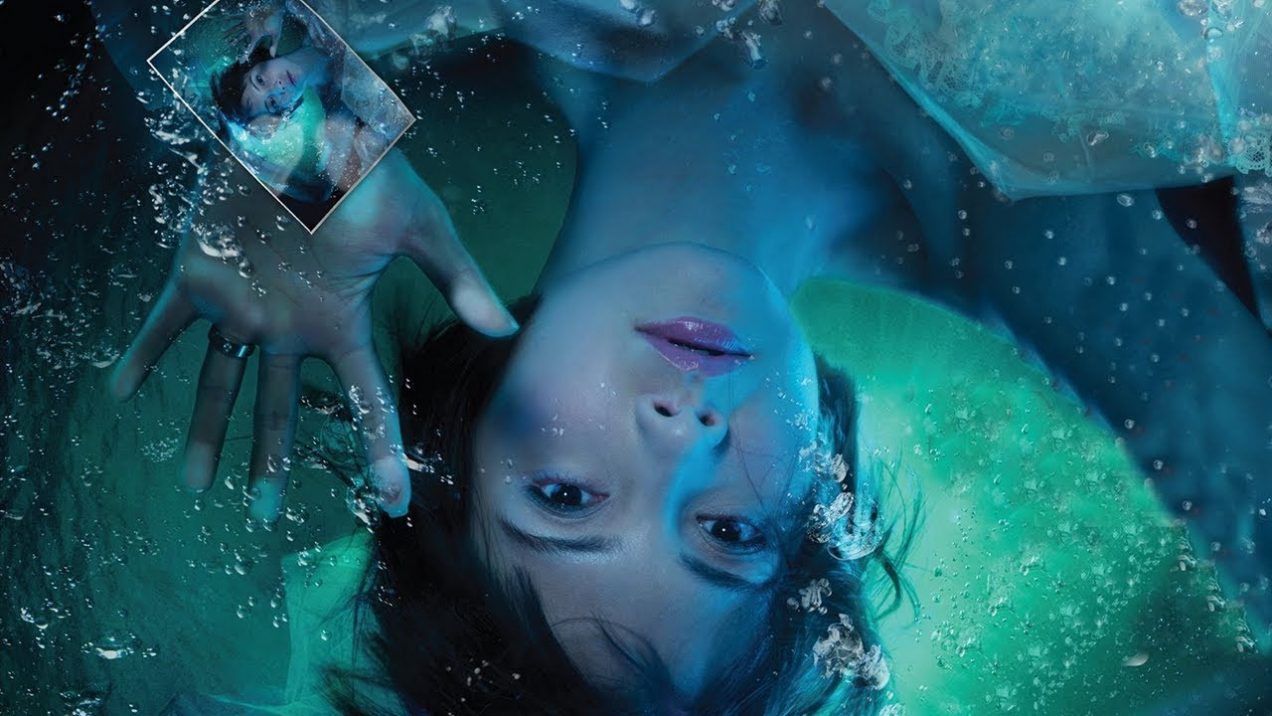 Some people never learn, do they? Take Angelica Lee (also known as Lee Sinje, Divergence, Koma, The Eye, Re-cycle), if you’ve told her once, you must have told her a million times – try to avoid situations where-in you might see apparitions of one kind or another. Does she listen? Does she heck…

Take the latest state of affairs. Angelica stars as Dr. Gao Jing, a psychologist still trying to come to terms with a tragic diving accident that took her fiancé, successful photographer Dave Chen (Guo Xiao Dong, An Empress and the Warriors, The Warlords) when he tried to show her the mythical ancient city of Feng Lai. Unconvinced that the headless body found by the authorities is really him, despite his sister and close friend Chen Xiao Ka (Isabella Leong, The Eye 10, The Mummy: Tomb of the Dragon Emperor) being convinced otherwise.

Gao desperately wants to find out what really happened, and befriends patient of hers, Simon (Chang Chen, Crouching Tiger, Hidden Dragon, Three Times, Red Cliff) who believes he can see her departed lover, as well as his own wife. It seems the drugs meant to subdue his condition allow him to see these ghosts, and Gao wonders if it can help her – but she’s in no way prepared for what she sees. Particularly a white-haired girl also lost at sea who seems to want revenge on Gao.

And (of course!) nothing is as it seems…

Sound familiar? There’s even a creepy scene in a lift! Produced by Peter Chan, this even had a working title of The Eye 3 before the more inventive Sam hoi tsam yan (which roughly translates along the lines of ‘The deep sea looks for missing persons’) was coined.

But the film’s problems go way beyond the uninspiring casting of Angelica Lee – it’s the convoluted plot that takes in psychological thriller, with fleeting appearances by Tony Leung Ka-fai as Gao’s boss (you always know there’s going to be trouble when the psychologist is seeing a psychologist), horror and then, for the last third of the film, an über-mushy version of Ghost – as if that wasn’t mushy enough.

It shares the Pang brothers’ interpolation of Buddhist beliefs into the horror, but this isn’t the Pangs, it’s director Tsui Hark, the godfather of modern Hong Kong cinema, creator of Zu: Warriors from the Magic Mountain, Time And Tide and Peking Opera Blues, and however much he may have ‘dropped the ball’ over the years he’s not brought us anything quite as lame as Forest Of Death or Bangkok Dangerous (the ‘what were you thinking?’ 2008 version). Until now…

It’s a beautiful looking film. It’s no surprise to find this released on Blu-Ray as well as DVD, Japanese cinematographer Yoshitaka Sakamoto‘s work is wonderfully sharp and picturesque, and you can’t help but wonder if Hark hides yearnings to be David (not Richard!) Attenborough on the next series of The Blue Planet. (And that’s on the DVD – god knows how good the Blu-Ray looks!) The sound design is full of atmosphere, the production slick. If only that was all it took…

It’s not just that the film doesn’t seem to know what it wants to be – thriller, horror, mushy romantic-mush – it that it doesn’t do any of them well! At all but two hours long, the film lacks the tightness of the Pang Brothers, it also lacks their lasting impact – if Re-cycle fell into a flawed fantasy, at least the first half hour was taut horror, the horror here is at points almost laughable. And just when you feel like going along with it, suddenly it’s gone all Ghost for the last third and you’re dreading a potters wheel turning up. (Thankfully it doesn’t!)

Most of the performances are fine, but somehow Angelica Lee never convinces you that she’s really, in any way, a professional doctor. Tony Leung is horribly underutilised. Isabella Leong does what you’d expect. But it’s Chang Chen who truly shines as Simon, making a potentially ridiculous character sympathetic and believable (as much as he can with the script).

Any film that looks this good is never a complete waste of time, but it’s hard not to be disappointed by such a misfire.

The DVD is superb in picture quality and sound, and this two-disc includes shooting diaries, trailers, interviews and a ‘Making of’. There’s also a solid commentary by director Tsui Hark with English subtitles.