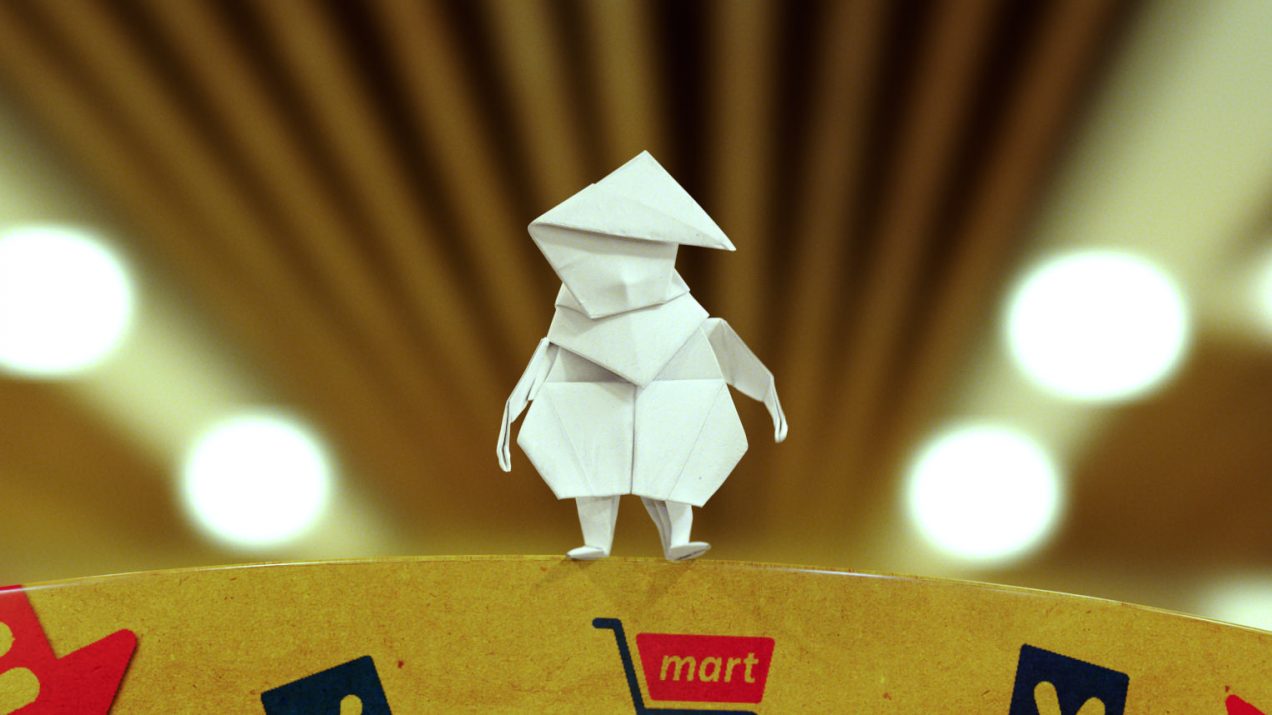 Netflix adds another Chinese film to its roster in the fantasy comedy Monster Run, which also goes by the more sinister-sounding Mr Monster. The film was directed by Henri Wong, who also co-helmed the badminton comedy Full Strike and the Category III-rated Hardcore Comedy, though who is probably best known for his visual effects work on the likes of Ip Man, SPL, Dragon Tiger Gate and others, something which makes him a sensible choice for an effects heavy production like this.

Jessie Li (Port of Call) plays Ji Wei, a young woman whose life has been ruined by the fact that she can see invisible monsters which wander the human world, working in a supermarket after being released from an institution, and trying to live a normal life and to convince herself that her ability is a mental problem. One night at work a large creature turns up to cause havoc, followed by a monster hunter called Meng Ge (Shawn Yue, Mad World) who traps the troublesome beast with the help of his paper origami sidekick. Relieved that she’s not crazy, Ji Wei sticks with Meng Ge as she finds herself targeted by shadowy forces led by the sinister Mrs. Lotus (Kara Hui, Mrs K), who believes that she has a talent for controlling monsters, something they intend to use for their own ends.

In terms of look and feel, Monster Run has a Monster Hunt vibe, going for a similar mix of knockabout comedy, lightweight destiny questing and chat about monsters and humans coexisting. Though there’s not much mythology-building, this approach works well enough, mainly since Henri Wong wisely never seems to be taking things too seriously, even when the film does venture awkwardly into drama. With the monsters never being particularly threatening, the film is probably best suited to younger audiences, with a cheerful, colourful look and feel and some energetically daft set pieces and slapstick gags. There’s nothing original or substantial in the least, though while utterly predictable, the film at least moves along at a brisk pace and doesn’t overstay its modest welcome.

With Henri Wong’s background in visual effects, there’s a fair expectation that Monster Run would offer up a certain level of spectacle, and it is a bit of a let-down in this respect, with the FX being passable rather than impressive. The monster designs lack any real character, and it’s really only Meng Ge’s origami helper who stands out – although there’s a decent variety of monsters onscreen, the film really needed a bit more effort to make them effective. Still, the cast all seem to be having fun, and though Jessie Li doesn’t have too much to do other than alternating between confused and cutesy, she and Shawn Yue make for a solid leading pair, and Kara Hui does well enough in a scenery chewing role.

None of this really amounts to a great deal, and Monster Run is strictly a film to be filed under ‘harmless time-filler’, for better or worse. The fact that it’s on Netflix makes it an easy option when there’s nothing else to watch, and viewers not needing to be particularly impressed could probably do worse, even if they’re unlikely to remember much about the film afterwards.

Monster Run is available to stream now on Netflix.