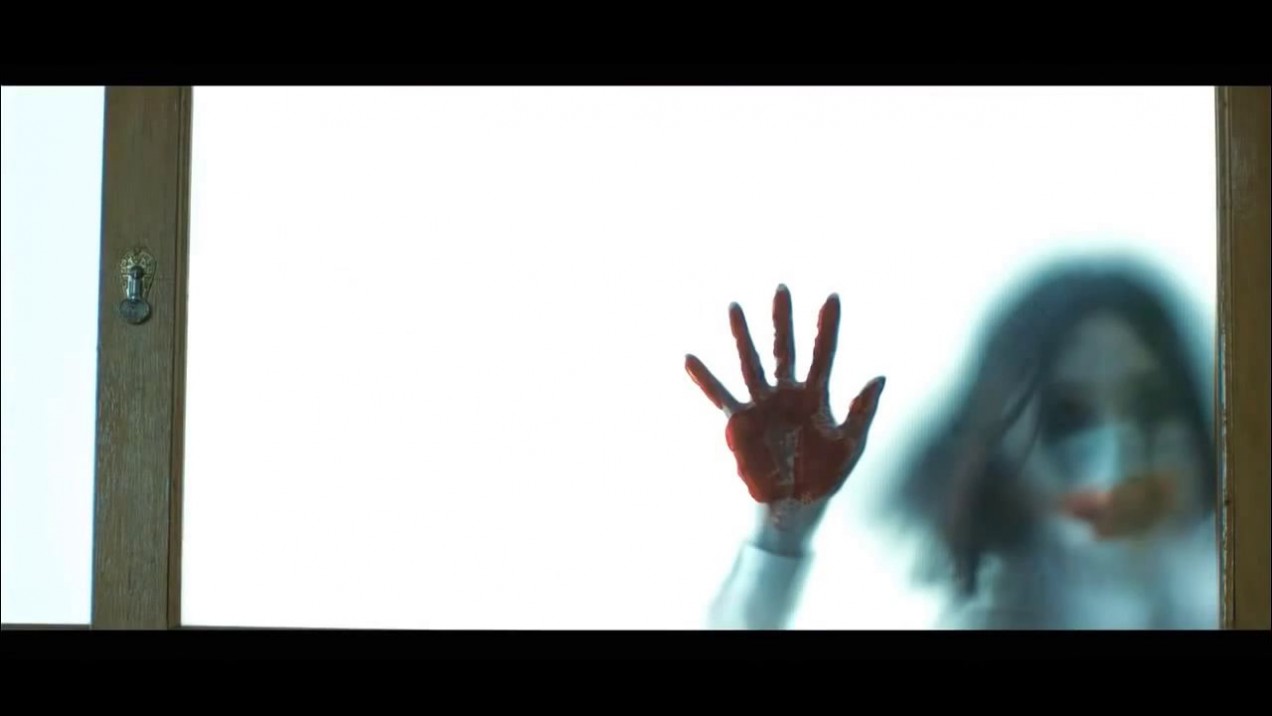 Familiar-sounding Korean film about a boy who can see ghosts, which turns out to be much better than expected…

Stop me if you’ve heard this one: a high school student blessed/cursed with the ability to see ghosts returns to his hometown, where he has to solve the mystery of a long-haired vengeful spectre stalking a gang of bullies. The unoriginally-themed Mourning Grave marks the debut of director Oh In-chun known for his well-received and creative shorts, and attracted attention for featuring the first leading roles for popular up and coming stars Kang Ha-neul (known for the TV dramas Angel Eyes and The Heirs) and Kim So-eun (Boys Over Flowers). Thankfully, despite its premise, the film manages to work well with the formula, and while never surprising is one of the better recent examples of its type.

Kang Ha-neul plays In Su, a young guy who since an early age has been able to see ghosts, and who spends much of his time trying to help them with their grudges and problems. Isolated and traumatised by his experiences, he heads back to his rural small town home, where he moves in with his uncle Sun Li (Kim Jung-tae, Mr Go), who can also see the dead. Transferring to the local school, he’s soon targeted by a gang of nasty bullies, though finds solace through his friendship with a young female ghost (Kim So-eun). In Su can sense trouble brewing, and sure enough students start going missing and a blood-splattered masked ghost is seen around the school, leading him to investigate the mystery behind the death of a girl who had also been suffering at the hands of the bullies.

Obviously, Mourning Grave is not the most original of films, and indeed Oh In-chun certainly doesn’t make any attempt to shake up the genre, instead teaming with experienced horror scripter Lee Jong Ho (who previously worked on the likes of The Sleepless and Bunshinsaba) to produce something that’s almost an archetypal example of the classic modern Asian ghost form. Aspects of many, many other films are drawn upon, from the high school horror of Whispering Corridors and Death Bell, through to Koji Shiraishi’s 2007 slasher Slit Mouthed Woman, which clearly influenced the ghost design. Oh and Lee also work in some Korean shamanism and exorcism in the Hong Kong style, making the film a real mishmash that has an air of familiarity throughout, a fact which might well put off many seasoned ghost movie fans.

This is kind of a shame, as the film does a much better job than most of pulling things together, and though undoubtedly derivative, it still manages to forge an entertaining identity of its own. One of those rare cases when a film somehow just really clicks, it’s definitely more than the sum of its instantly-recognisable parts, thanks to some solid and assured direction from Oh, and a well-written script by Lee that gives its likeable characters depth and interest. Kang Ha-neul is on good form in the male lead role (which to be fair is a fairly original touch, these films generally featuring female protagonists), making In Sun believable and sympathetic, and his relationship with the similarly decent Kim So-eun does give the film a valuable emotional anchor that makes for a rewarding pay-off. Though the film is funny in places, mostly the scenes involving Kim Jung-tae’s comic relief uncle, it does have something serious to say, and its exploration of bullying is grim and effective, giving it an unexpected air of substance.

The film also does well with its supernatural elements, and though only younger viewers (presumably the primary target audience) are likely to actually to be scared by any of the ghostly-goings on, Oh handles the shocks and set pieces with confidence. Benefitting from some creepy ghost makeup and above average special effects, the film wisely packs in plenty of action, and while there are no individual stand out scenes, it’s an atmospheric bit of spooky action that moves as a brisk pace through its short hour and a half running time.

While Mourning Grave isn’t likely to set anyone’s world on fire, it succeeds mainly through being better than expected. Though viewers still sick to the teeth of ghost seeing, grudges and long haired female spirits probably need not apply, it’s the best of its kind for a good while, and bodes well for Oh In-chun’s future outings – particularly if he chooses something a little more ambitious next time.

Mourning Grave is available through YesAsia.