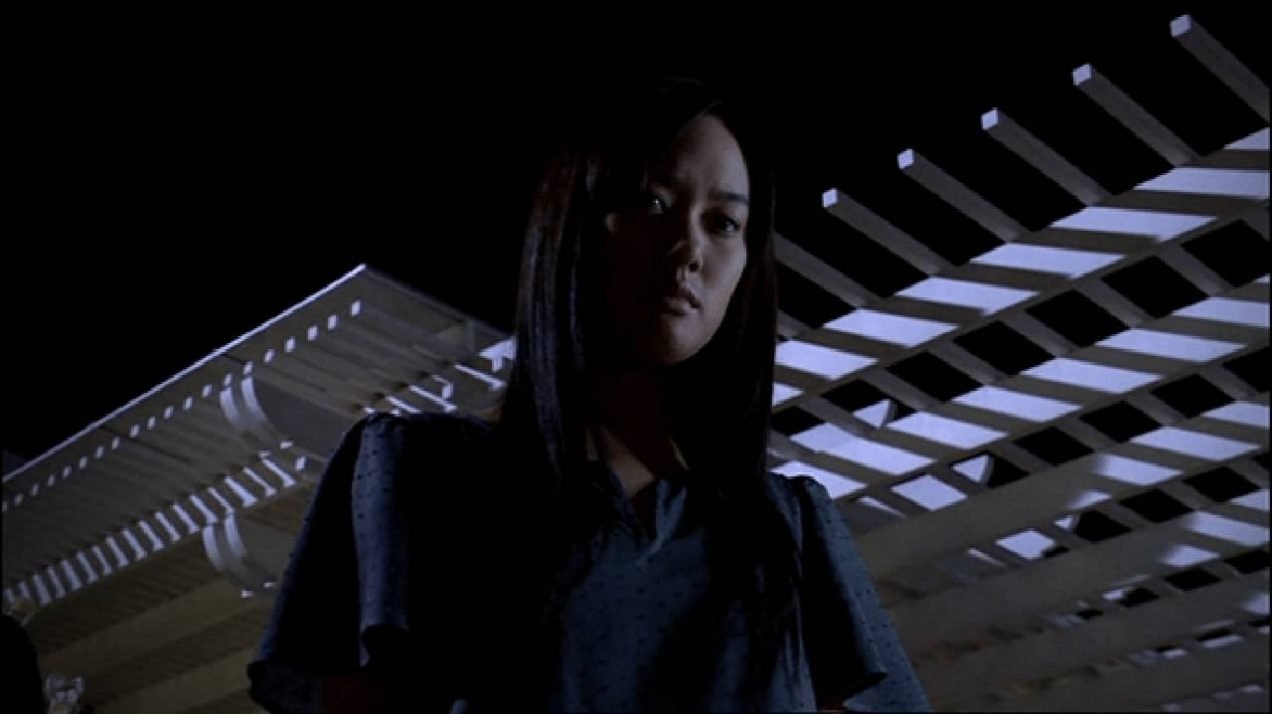 My Ex was a huge local hit in Thailand in 2010, doing enough business to facilitate a pretty rapid-fire sequel (one for another day). Now, whilst Thai cinema has a whole slew of really good cinematic Ghost Stories, they are occasionally hamstrung by the local censorship in terms of themes and sexual content. It isn’t quite China levels of content censorship, but it does mean often the films have to suggest a lot more than they can show, and you are usually not allowed an immoral conclusion. So I approached the film with a little more caution than normal.

Ken (Shahkrit Yamnarm, a familiar face to many Asian Film fans as he starred in the US remake of Bangkok Dangerous. Not a great endorsement that mind you) is the latest big film star. Successful and rich with a fancy modern house and expensive car, he also suffers from being a bit of a Player. Seems his past is littered with beautiful girls that he professes to love, and then cast them aside when the next model comes along. As the film starts we see him splitting up with society girl Meen (Navadee Mokkhavesa), who upon telling him that she is pregnant, Ken reacts with the endearing line “Are you sure it is mine?”. He also is rejecting calls from young student Bow (Atthama Chiwanitchaphan), but she is (unbeknownst to Ken) killed during a tearful phone call by a vehicle crashing into her Phone Box. However, Ken is now involved with his current co-star, Actress Ploy (Wanida Termthanaporn), with whom rumours of an engagement and celebrity wedding are rife. Ken is uncomfortable committing, and is feeling the pressure of intense media scrutiny, which he takes out on a particularly persistent Paparazzi type, when the couple find Ken’s car scrawled with obscenities.

Strange things start to happen though, which unsettle Ken further, so he retreats to his holiday home in the resort of Hua Hin. He is surprised to meet Meen there, who now says she his had an abortion, and the two embark on a night of passion, only to be interrupted by the unexpected arrival of Ploy. But no matter, because Meen has made a hasty exit! It’s clear to us viewers that some vengeful ghost is at play, especially when Ploy is killed in a car crash, and Meen is found having committed a particularly bloody suicide. Simultaneously, the Paparazzi Photographer sees a ghostly image on all the pictures he has taken of Ken, and when the actor himself refuses to talk to him, shows them to Ken’s agent. More people die, and eventually Ken comes face to face with the ghost of his philandering past.

On one level this is absolutely nothing we haven’t seen before, with a vengeful female Ghost extracting bloody revenge on those she feels have wronged her. There is a decent sense of atmosphere, and whilst the sound cues for any scary event are signposted with music cues as subtle as a tin of Spam, there is enough to enjoy on the scare front for all but the most hardened Horror fan. Not only that, but the scares range from a subtle scene in a bathtub, to a quite graphic suicide. I was also rather impressed with the lengths the film went to make Ken actually rather unlikeable. Our hero really is a bit of an arrogant jerk, and much of our sympathies are with the women in his life, although they are portrayed as somewhat weak. However, story-wise, the film suffers from comparison to other films. The Fatal Attraction idea is somewhat unique for this genre of film, but because our ‘villain’s’ identity is deliberately obscured for most of the movie, it cannot do an awful lot with it.

The whole ghostly apparitions in the Photographs was simply done a million times better in Shutter. Production values are not bad, but more like a good quality TV Movie rather than anything particularly unique and visionary. As mentioned before, some of the more gore-based moments are very well done, though there’s a disconnect in my mind when you can show a self-aborted foetus being thrown against a bedroom wall, but the sex scene is so bland as to be hardly necessary. The Performances all round are perfectly adequate. Most characters get enough screen time for us to understand them and their motivations, with only the story of Bow lacking in any context until right near the end of the film. With a few minutes more work, the concept of a mystery may have been better realised.

The film has two big issues though. First, we have the way the film is structured, with certain scenes not necessarily being played in chronological order. Whilst this is a perfectly reasonable technique, it is used to fool the viewer, rather than misdirect them. This means that the final reveal of who our ghost is, whilst utterly obvious and frankly the only real suspect, does feel a little like a cheat. To my mind however, the film has a much bigger flaw, in that it simply does not have the courage of its convictions. The film ends, on a suitably gory and actually quite tender note, but the revenge is complete, and if it stopped there, I might have given it an extra star. For some reason though, the filmmakers decided to add another ending. Which was more along the lines of a lesson learned. Unnecessary, but possibly understandable. But then…. ANOTHER ending. This time whilst actually more in keeping with the idea of a constant cycle of revenge, gives us nothing more than a slightly less open ended version of the first. If they were alternative endings available on the DVD, then that might have been an interesting curio. The problem created though is that it just feels somewhat amateur, that the filmmakers really did not know how to close out the film.

My Ex is a perfectly OK Thai ghost story. You can see why it was so popular, and there is much more to enjoy about it than I initially gave it credit for. It’s problem is that it is not half the film that those which inspired it are, and that it ends so clumsily. It is simply a workmanlike addition to the genre, and probably won’t live long in my memory.

My Ex is available from MVM on UK DVD. The sequel, My Ex 2: Haunted Lover will be available on DVD later in the year.

Typically ‘no fun’ release from MVM features no extras, just the film!