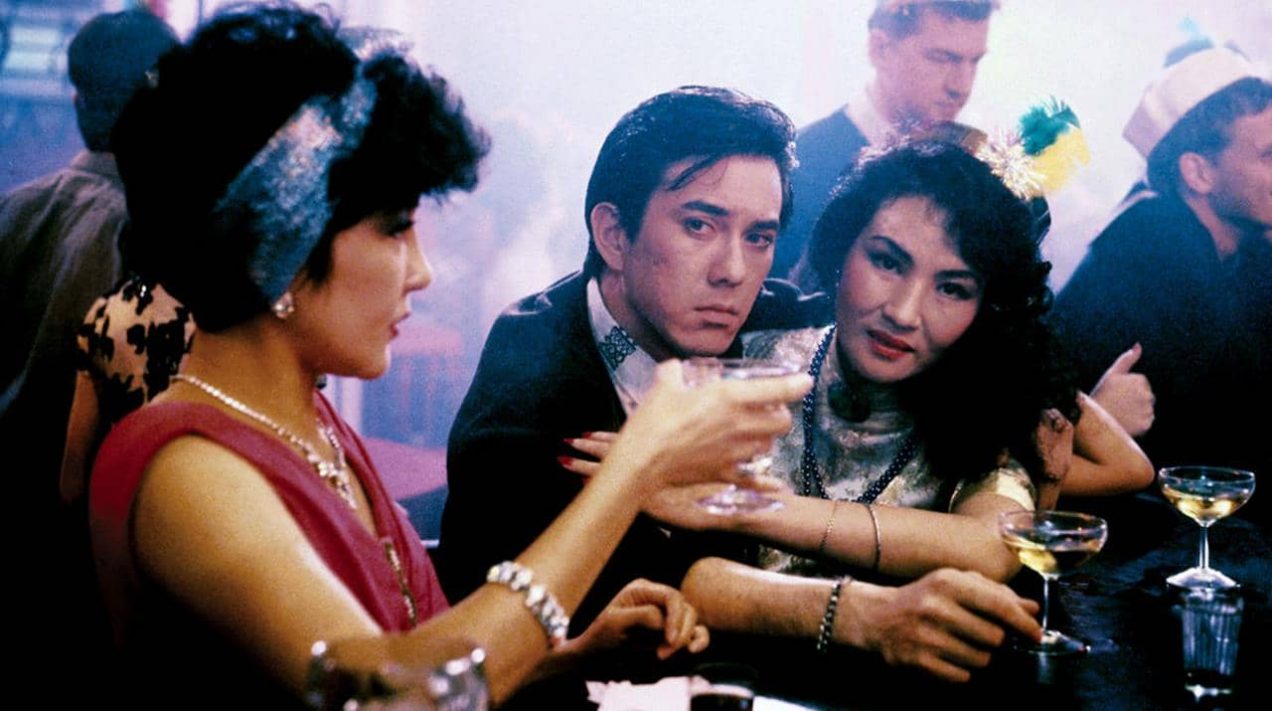 My Name Ain’t Suzie is a gem in the history of Hong Kong as well as international cinema, even though it remained overlooked for far too long. Due to the conflict between film director Angie Chen and Shaw Brothers executives concerning the content of the film, it received insufficient promotion, limited exhibition at film festivals and eventually got buried in the archives. Having its European premiere at 21st Far East Film Festival, 34 years after its completion, My Name Ain’t Suzie remains a film that fascinates on so many levels: as a work of a brilliant film auteur; as a sign of the shift in local cinema; as a feminist statement; as a cinematic image of Hong Kong in the past; as a critique of Orientalism and generalized representation of the Far East reproduced in Hollywood films. There is a lot that can be written about My Name Ain’t Suzie, which far exceeds the capacity of a film review, but still I will try.

My Name Ain’t Suzie spans across three decades (the 1950s till 1980s), following a life story of Shui Mei, a teenage girl from a small fishing village on the outskirts of Hong Kong. She is selected to go to work in one of the clubs in Wan Chai – a central district inhabited by impoverished Chinese and notorious for prostitution. At that time British and American imperialism in Southeast Asia lead to the flourishing of the sex industry in order to meet the needs of soldiers stationing in the region during the wars in Korea (1950-53) and Vietnam (1955-75). Shui Mei soon finds herself in the middle of it all, working in Lucky Bar, navigating between different factions, learning how to play the role of a modern woman. She falls for a Eurasian, Jimmy, a young misfit that could have whole separate film dedicated to him and entitled Son of Rebel Without a Cause (he roams around Wan Chai showing a picture of James Dean) like a sequel to the horror flick. Jimmy is also a love interest of Lucky Bar’s manager, but the rivalisation over his attention ends when he moves to the US upon the invitation of his long-absent father and leaves Shui Mei regardless of their plan to elope together. She loses her job but grits her teeth, goes independent in Hong Kong sex industry and becomes a successful entrepreneur. My Name Ain’t Suzie is one of these epic stories of rise and decline, centring around strong, ambitious character in a city offering as many possibilities as traps. 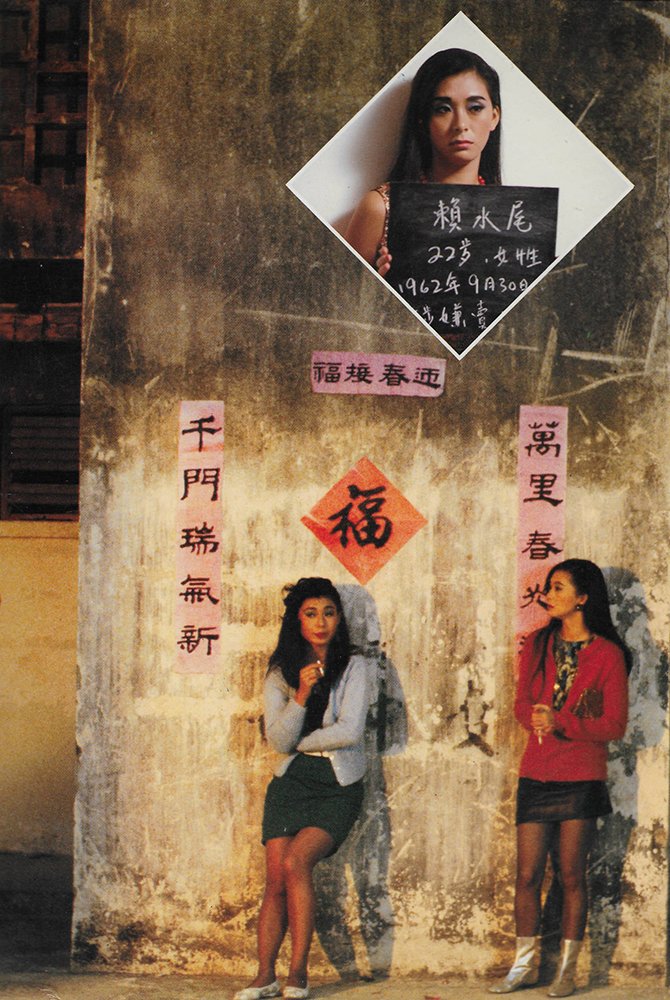 The angles of analysis are numerous, but the comparative and feminist tropes most often become the main point of focus while writing about My Name Ain’t Suzie. Its English title works in two ways. It highlights main female character’s agency through the act of answering back at anyone trying to patronize her, it is also a direct reference to The World of Suzie Wong (1960, dir. Richard Quine) classic Hollywood romance drama told from white American male perspective, full of orientalism and stereotyping of Asian women. Hong Kong film critic and HKIFF programmer, Kiki Fung, closely compares the two films, summarizing the politics of representation, the difference in point of view and portrayal of women on screen.

The original title also provides a great point of reference while analysing Angie Chen’s sophomore feature. Chinese title 花街時代 (Huajie Shidai), which can be translated as “the times of the red-light district”, with literally put “flower street” meaning “red-light district”. It also connects Angie Chen’s film to Shanghai 1930s culture and its cinematic tradition involving titles such as Street Angel (1937, dir. Yuan Muzhi), starring singer-actress Zhou Xuan, whose last performance was actually in a film The Flower Street (花街, Huajie, 1950, dir. Yueh Feng). While English title is the best film heading and punchline in one, the original title is a tribute to the past and a nod towards socially engaged Chinese cinema of the 1930s and 40s. 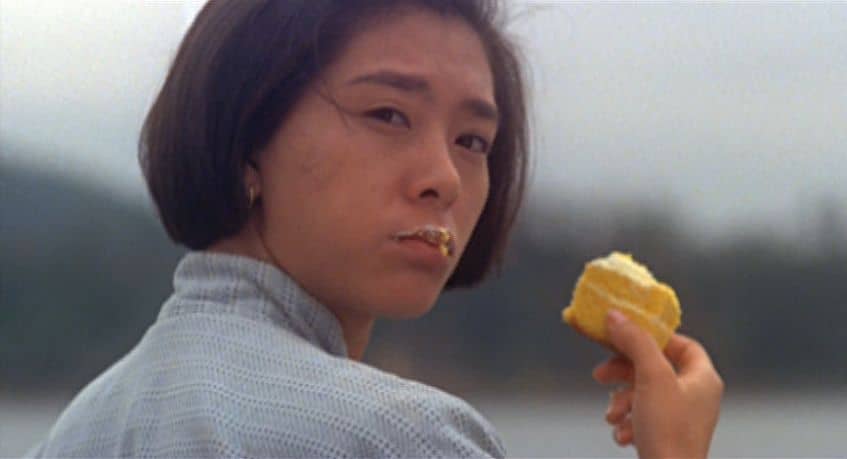 My Name Ain’t Suzie allows multiple readings that also originate in comparative approach and are as fascinating as the juxtaposition with Hollywood narratives. To prevent this review from endlessly lengthening, I will choose only one trope: a Gothic narrative. The opening sequence of My Name Ain’t Suzie shows a young man delivering a meal to a mysterious customer living in isolation in one of the dilapidating buildings in Wan Chai. He is terrified by the face he sees through the small window and quicky escapes. He reports on the disturbing experience to his boss in a downstairs cafe, who in turn is surprised the young employee does not know Shui Mei – a woman they had just sent the food to. Then the boss starts to narrate her life story to the young deliveryman as well as to the audience, slowly uncovering the mystery behind the blood-chilling image in the window. It is a conventional opening of Gothic novel known from genre classics such as Mary Wollstonecraft Shelley’s Frankenstein. In the cinematic context, My Name Ain’t Suzie opening scenes bring to mind What Ever Happened to Baby Jane (1962, dir. Robert Aldrich), thriller-horror films revolving around the mysterious past of female main characters. Even though Hong Kong urban legends are rich in ghost stories, the rest of the film does not include horror elements, yet it remains connected to Gothic tradition through the motifs of initiation and female literary writing.

In the scene introducing Shui Mei, she is courted by three men on a boat. They feed her cake and soda, offer her presents. She refuses everything stereotypically connected to female representation (stockings, bra), but she takes a pen, as if she intuitively knows that being able to write her own story and express herself autonomously is a way to retrieve power in not only patriarchal but colonial society. The price for a gift turns out to be high, it leads to her multifaceted initiation as a woman, however, Shui Mei rejects the identity of a rape victim. As Naomi Wolf (1993) once wrote: “Waking up to feminism includes a certain pride in being able to stare unflinchingly at the ‘horror, horror’ of it all. Horrifying the world of sexism truly is, but this sometimes monolithic focus on the dire… leads straight to burnout”[1]. My Name Ain’t Suzie, fortunately, is not at all about a female character dealing with trauma, but a story about a woman, who understands the ways of power and accepts that power eventually brings loneliness and isolation to anyone, who once possessed it. Shui Mei is fascinated by a bullet tip pen, as if it was a true weapon (in a more metaphorical way, it actually is). In the original script, the pen (原子筆) is mockingly described as “a pen with atoms of an A-bomb inside” (用原子弹做的). It creates even more amazing image of a literary woman being able to blow up the whole world with her writing, even though in the reality of My Name Ain’t Suzie it is turned into a cruel joke.

The literary context of the film is even more interesting while looking at it through the prism of Angie Chen’s biography and friendship with Hualing Nieh Engle – fiction writer, poet, professor emerita at the University of Iowa. Yet it is a story for another occasion.

Except for Angie Chen’s directing and John Chan Koon-Chung’s script writing, My Name Ain’t Suzie’s strongest points are casting and acting performances. Pat Ha is amazing in the role of Shui Mei, she remains dynamic throughout the film as her character gets older and goes through various experiences, yet she never loses this savagery of girlhood that initially designated her character and made her stand out for herself. Anthony Wong in his acting debut truly is a Hong Kong version of James Dean in every possible way and even better, because he slightly mocks his character and brilliantly plays out the transition from young misfit with daddy issues to a cynical middle-aged businessman. Deanie Ip created one of her most powerful roles, as she plays a local mafia boss, who starts to work with Shui Mei and helps her to establish her own business – a brothel turned fancy strip club. Performance in My Name Ain’t Suzie brought her the title of Best Supporting Actress at the 5th Hong Kong Film Awards.

Regardless of the involvement of prolific Hong Kong actors, Angie Chen’s film had not been noticed in the film festival circuit, received a limited local release and had been largely omitted from print film history books focusing on contemporary Hong Kong cinema. According to a quick search on Google and Baidu, there are only two books and two articles that merely mention My Name Ain’t Suzie, always in the context of film actors. Angie Chen’s sophomore film waited a long time to be rediscovered, but fortunately, film history still can be infinitely re-written and it is the most fun cinephiles can get.

My Name Ain’t Suzie screens as part of the 21st Far East Film Festival 2019 in Udine, Italy and features as part of a retrospective of Angie Chen: Hong Kong Film Pioneer to be held at HOME, Manchester.