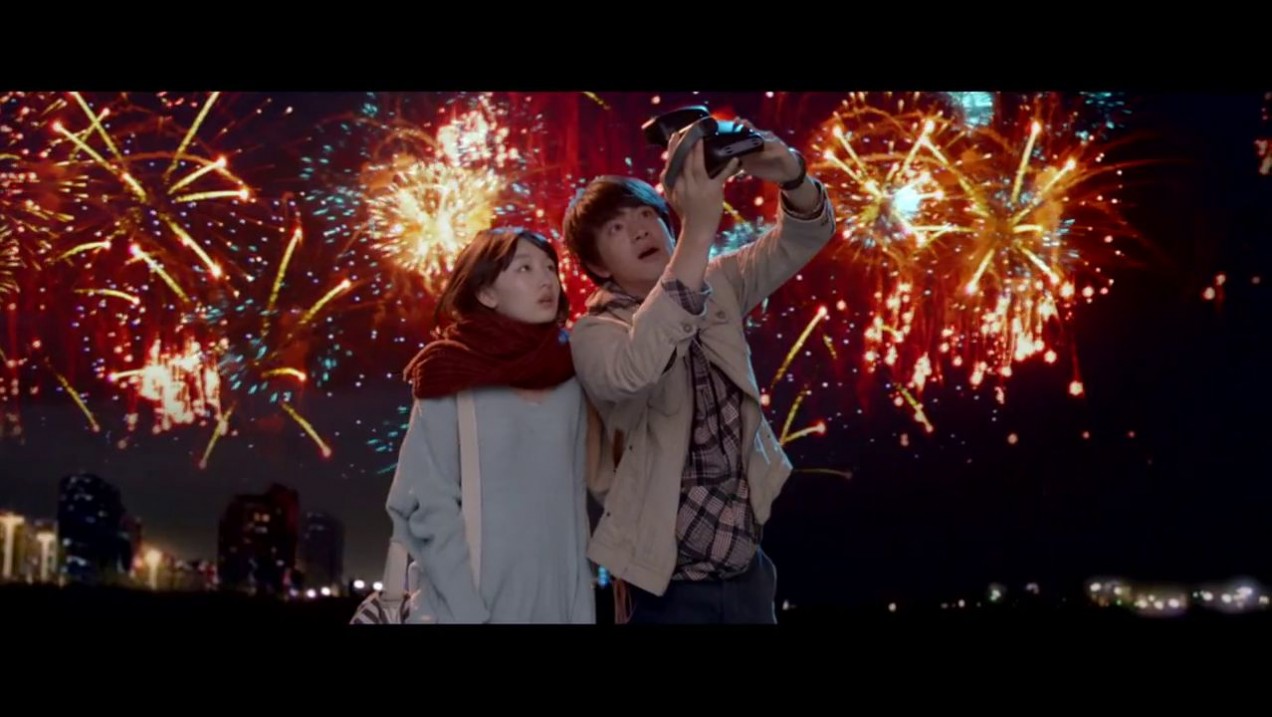 Nostalgia continues to prove popular at the Chinese box office, with bittersweet films like So Young and Forever Young having ranked amongst the biggest earners of recent years. My Old Classmate follows in the same trend, directed by commercials helmer Guo Fan and produced and co-written by Gao Xiaosong (My Kingdom), based on the lyrics of his hit 1995 song, and emerged as a surprise blockbuster hit, pulling in over US$73 million.

Told in flashback, the film charts the relationship between Lin Yi (Lin Gengxin, Young Detective Dee: Rise of the Sea Dragon) and Xiaozhi (Zhou Dongyu, Under the Hawthorn Tree) who meet after he is transferred to her school back in 1993. The smitten Xiaozhi does his best to pursue Lin, even switching from the science program to arts so that he can be near her, and his efforts finally pay off when they go together to Xiamen University and she agrees to be his girlfriend – though with the odd proviso that she’ll only recognise him as her beau for five minutes each day. Both harbour a desire to work in the US, though after graduation it’s only Xiaozhi who manages to make the trip, Lin promising to follow. Needless to say, things don’t work out as planned, and the two face an uncertain future.

Cleary My Old Classmate isn’t likely to be winning any awards for originality, and it resembles So Young, Forever Young and others rather closely, as well as drawing heavily from Peter Chan’s American Dreams in China – romance, friendship, coming of age drama, reunions and the dream of making it big in the US are very much the order of the day, all wrapped up in a bittersweet package of nostalgia. What it lacks in innovation the film does thankfully make up for in other areas, and Guo and Gao do a decent job of grounding the film in a historical context, working the plot around a series of touchstone events that its target audience are likely to be able to relate to, from the 1999 bombing of the Chinese embassy in Belgrade and the resulting anti-US protests, through to the World Trade Centre bombings and the SARS crisis in 2002-2003. Though there’s nothing too substantial here, the references are used effectively, and the film achieves fair success in depicting the changing times and attitudes, modernisation and the opening up of China to the West, enough so to help keep things interesting.

The film is similarly solid when it comes to romance, and though a little cutesy at times, Lin and Xiaozhi’s courtship is an engaging one, thanks in no small part to charismatic lead turns from Lin Gengxin and Zhou Dongyu, both of whom are on sympathetic and likeable form. There’s a genuine chemistry to their paring, and this adds the kind of believable spark to their story which is all too often misusing in the genre, and while not exactly moving the film does have its share of honest emotional moments scattered throughout. Charming despite its reliance on clichés, the film certainly wears its heart on its sleeve and is unpretentious in chasing its modest ambitions, striking the right balance between its love story, drama and comedy, with a last act twists which manages to add a welcome touch of melancholic seriousness. Guo Fan proves a capable director, wisely going for a bright and breezy feel, and the film moves along at a bouncy pace during its relatively short running time, ensuring that it never outstays its welcome.

While obviously one mainly for fans of the form, My Old Classmate is a film which does pretty much everything right, working well within genre conventions without concerning itself with trying to change the tried and tested formula. Unashamedly melodramatic and sappy, not to mention predictable, it’s nevertheless entertaining and fun viewing in its own way and, boosted by an appealing lead couple, it’s easy to see why it proved so popular at the Chinese box office.

My Old Classmate is available through YesAsia and screens at the 2015 Udine Far East Film Festival on Monday 27 April. The festival runs from 23 April to 2 May.