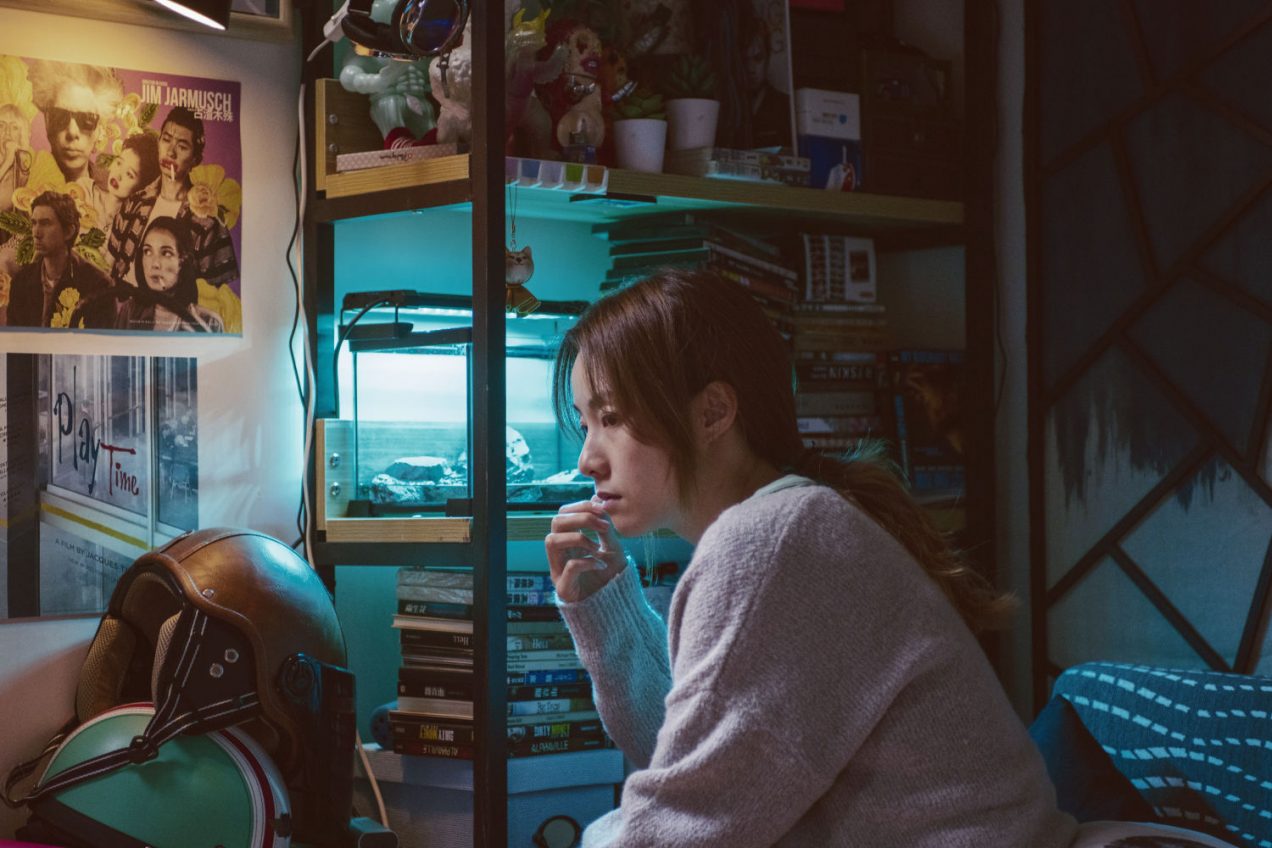 Norris Wong’s My Prince Edward has become one of the most acclaimed 2019 Hong Kong dramas, drawing attention at Golden Horse Film Festival & Awards and Hong Kong Film Awards. In this respect, it echoes 2018 festival indie hit Still Human directed by Oliver Chan. However, the similarities between the films themselves are not as many as one might assume, looking at the profile of both debuting women directors behind the two titles. Instead of a feel-good drama that does not leave much to ambiguity in its overly positive happy end, My Prince Edward is much more open to interpretations and gives the characters and the audience the space to breathe and wonder about the story presented on screen and its possible future turns. It resonates even stronger, because the film takes on the question of marriage as its focus, the issue that sooner or later will come up in every person’s life.

The main character in My Prince Edward, Fong, is a thirty-something woman working together with her boyfriend, Edward, in a wedding boutique in Golden Plaza located in a working-class area of Hong Kong called Prince Edward. They have been dating for seven years and Fong starts to question their future together when Edward suddenly asks to marry her in the flashy, staged public proposal. She had been looking forward to this moment for a while now, but Fong’s past creeps up on her as she realizes her fake marriage from ten years ago is still legally binding due to the negligence of the agency arranging the scam. In exchange for money to move out of her parent’s house, Fong married a Mainlander, Yang Shuwei, who needed a Hong Kong residency to do business and travel around more freely than with registration in his hometown, Fuzhou, in the neighbouring Fujian province. Fong desperately tries to settle the divorce as soon as possible, while trying to conceal the fact from Edward and deal with the pressure from his overbearing mother who is pushing for a festive wedding and quick settlement of the contract to buy a cramped apartment the couple currently lives in. Tired of constant compromises and taken out of her comfort zone by the encounter with her fake Mainland husband, Fong starts to question her life choices.

Norris Wong presents the perspective of the main characters working in the line of business that capitalizes on the whole set of fantasies that grew around the institution of marriage. Anchoring the story in such a way gives a perfect angle to debunk the myth, uncover the struggles and motivations that hide behind two people deciding to change their marital status. In the cleverly crafted screenplay, Norris Wong develops the story starting from details disturbingly foretelling the approaching conflict, through small bits of every day that amass and lead to multiple breakdowns, until the end that leaves the main character confused but liberated. My Prince Edward is full of brilliant episodes that are awkward, endearing and sad at the same time such as when one couple discusses the wedding and the future bride confuses her partner with another co-worker she used to go out with. Norris Wong takes a look at the toxicity of some relationships forged at the working place, as young adults in Hong Kong often do not really have a social life outside of the office. Some crucial choices become automated following the logic of progress as in Hong Kong marriage often comes with the rise of socioeconomic status, because then buying an apartment is assumed to be a must. It seems tying the knot has very little to do with love, but more with resident permits, visas, subsidies for apartments, hospital records and bank accounts. 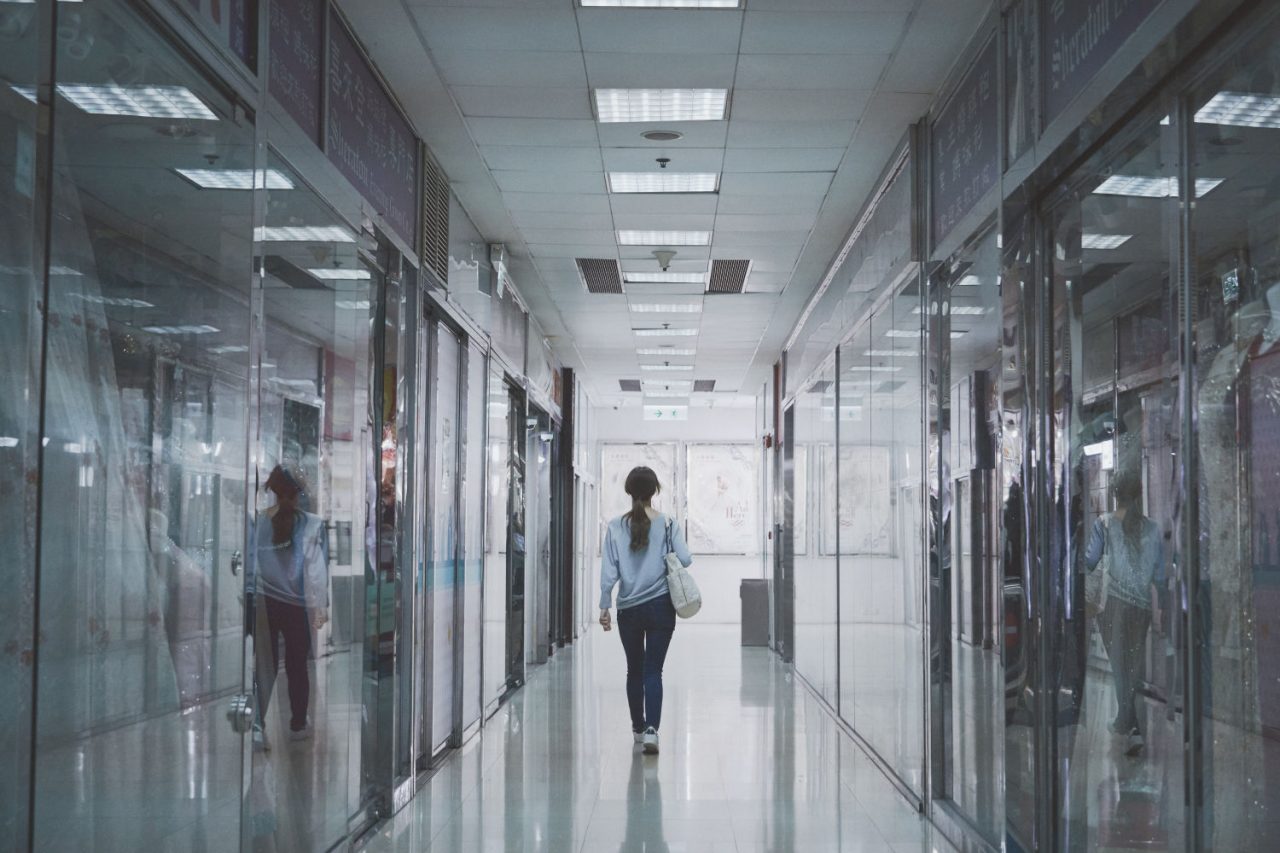 It brings us to another topic that is captured brilliantly in My Prince Edward: the issue of Hong Kong passports and its many advantages in comparison to the Mainland ones which are burdened with visa restrictions and long hours in the waiting line of the immigration office. Fake marriages seem to be a convenient way to go around the difficulties, economically beneficial for Hongkongers and socially gratifying for Mainlanders who want to travel freely. Yang Shuwei represents what Tang Xiaobing called revolutionary cosmopolitanism[1], the desire among the Chinese to participate in the contemporary global movements on their own terms as they feel Chinese culture has potential and a unique contribution to make to humanity. This attitude surprisingly clashes with the one of Fong and Edward that are much content with living their lives locally, even though Hong Kong preserved much more of the traditional Chinese culture than the Mainland. The People’s Republic of China has been isolated by Western Bloc for almost thirty years and, even though marketization and influx of foreign direct investment changed the economic situation entirely, isolationism still pervades in the media, firewall being the best example. In My Prince Edward Wong explores the notions of internationalization and isolation through the behaviour of the main characters. While Shuwei strives to incorporate himself into international flows of people, capital and information, for Fong the Mainland isolation is a blessing. As she crosses the border, the social media apps she usually uses stop working. She switches off her phone, finally being able to escape from her boyfriend constantly messaging her and controlling her every move. Such freedom from supervision and information overload allows Fong to rethink the future plans and be more conscious of countless possibilities that previously went unnoticed. Tasting the noodles from the restaurant she has never been to before seems a true revolution.

In My Prince Edward tension resides in simple scenes of daily life, which requires a great deal of talent and hard work from the actors. Stephy Tang proves she is one of the most outstanding Hong Kong actresses of her generation. She portrays Fong with the mix of rigidness and a strange down-to-earth ennui, making her character psychologically nuanced, believable and very relatable. Chu Pak-hong playing Edward seems like a big child, conservative and over-controlling but truly loving his fiance. Jin Kaijie’s energy and sharp features perfectly fit the character of Shuwei, rebelling against conformism and striving to achieve his goal of moving to the US. Although the two male characters represent starkly different types, comfortador and conquistador, they both give in to traditional values. Every character in My Prince Edward has flaws, just like in best XIXth century novels focusing on marital life or in Charlie Kaufmann’s stories of urban paranoia. No wonder Wong mentions him as one of the authors that influence her work.

Talking about the filmmaking environment, My Prince Edward is yet another proof that the film department at the Hong Kong Baptist University is one of the regional centers, where young filmmaking talent grows. Not only Norris Wong, but also previously mentioned Oliver Chan and Suburban Birds director Qiu Sheng are the graduates of the MFA at HKBU Academy of Film. They have already started to make their mark on Chinese language cinema. Adding Fresh Wave support to the mix (Norris Wong short film Fall was part of 2014 selection), it is heartening to witness the young filmmaking community rise in Hong Kong.

In My Prince Edward Norris Wong refuses to offer easy resolutions to the story and does not pass judgement on the character. She leaves Fong in the middle of the journey, already inner transformed, slowly taking small steps on the route to self-realization and regaining control over her own life. Switching off the phone, hopping on the bus to another city, trying out new food, meeting new people, going out of the comfort zone. Through depicting these everyday moments, My Prince Edward shows that the boundaries hardest to overcome are often the ones which we uncritically accept or unwittingly set ourselves.

My Prince Edward screens as part of the 19th New York Asian Film Festival 2020, streaming online in the US via Smart Cinema app from August 28 to September 12, 2020, and is released by Cheng Cheng Films in North America.