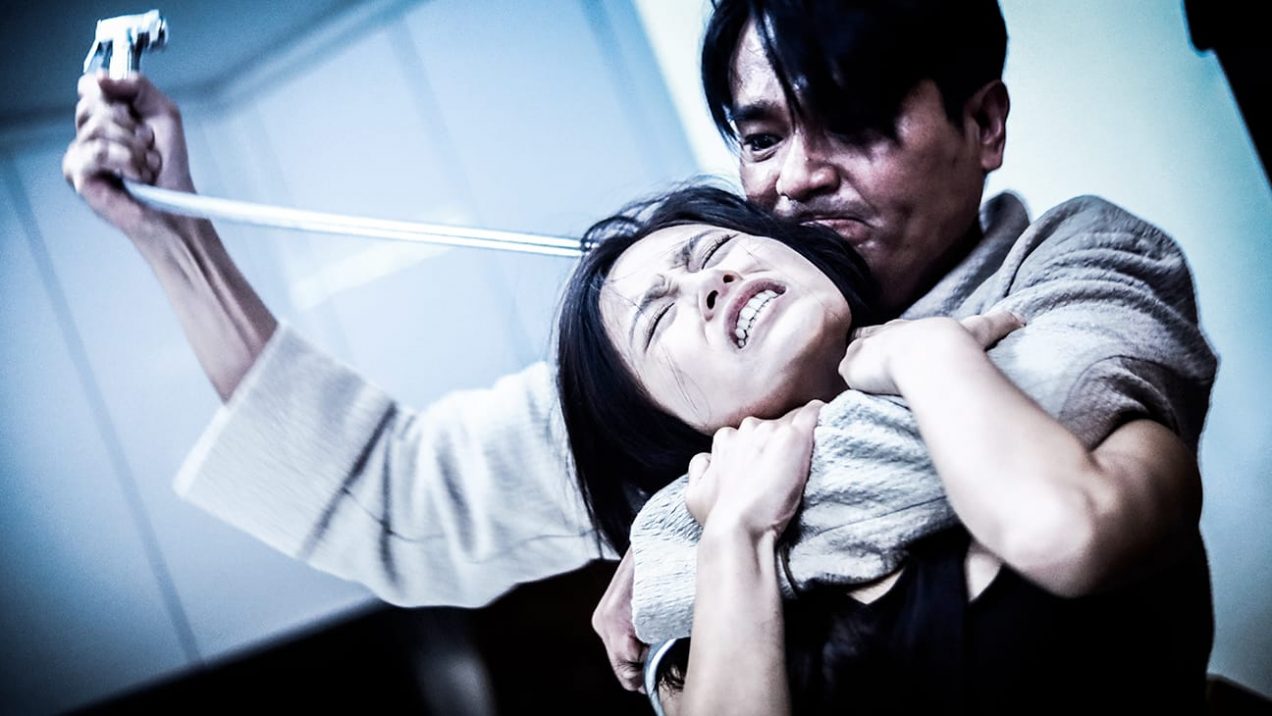 Herman Yau, still one of the most prolific and perhaps underrated directors working in Hong Kong, returns with the twisted psychological thriller Nessun Dorma. Named after the famous aria from Puccini’s Turandot, the film is based on the novel of the same name by screenwriter Erica Lee, who previously collaborated with Yau on Sara, and who here again scripts. With Janice Man (Helios) taking on a challenging lead role which led to controversy in the press over the film’s marketing campaign, the film had its world premiere at the 40th Hong Kong International Film Festival, before going on to play at a variety of other festivals around the globe.

Man stars as Jasmine, a well off young woman who runs a dog shelter, engaged to the rich but sleazy Vincent (Gordon Lam, Trivisa), her pushy mother being keen for her to marry a couple of steps up the ladder, despite her being in love with former maths teacher and former child prodigy Fong (singer Andy Hui, I Love Hong Kong). Matters come to a head for the poor confused Jasmine when one rainy evening shortly before her wedding she is attacked while driving, only to wake up naked and tied to a bed in a mysterious room. With Nessun Dorma playing constantly, her mysterious captor torments her night and day, while she tries desperately to figure out why this is happening to her.

The plot above is really just a basic synopsis, and Nessun Dorma has a great deal more going on, Herman Yau and Erica Li taking things in a variety of different directions – certainly, anyone expecting a whole film of Janice Man naked on a bed or some kind of torture or rape fantasy are going to be very disappointed. A talented storyteller, Yau just about manages to keep things together, juggling a convoluted plot and characters with little motivation for what they do, in what is essentially a dark mystery and tale of revenge. Things are further complicated by a number of daft red herrings, and some game, though muddled attempts to link the increasingly hysterical onscreen drama with Turandot, something which even Yau can’t pull off with much success. With Jasmine not making for a particularly strong protagonist, and neither Vincent nor Fung being believable (none of which is the fault of a perfectly decent cast, it has to be said), the film is a bit random and rudderless in places, and viewers are strongly advised to try and switch off and go with the flow as much as possible.

Thankfully, this haziness doesn’t stop Nessun Dorma from being entertaining as a 1990s style schlock thriller, and there’s plenty here to be enjoyed. Yau’s direction is a pleasing mix of his usual matter of fact style and some appropriately lurid touches, the film going for a kind of sleazy noir look and working in some fun and visually impressive dream sequences and visions. A few splashes of gore give things a kick during the later stages, and the film does an acceptable job of walking the fine line between art and exploitation in the trials Jasmine undergoes. Although there’s only partial nudity (thanks in no small part to strategically placed furniture), the role clearly must have been a difficult one for Janice Man, and more sexualised content would arguably have changed the nature of the film and would have taken it into crueller exploitation territory, there being enough here to generate the required sense of threat and vulnerability – the film did screen in a Category III rated version for its Hong Kong International Film Festival premiere, before being edited back to a IIB rating for its theatrical release.

Anything Herman Yau does is worth checking out, and though not once of his strongest efforts, Nessun Dorma is nevertheless worthwhile viewing, and an above average genre film from Hong Kong, something which is becoming increasingly rare. Viewers not expecting the kind of film suggested by its early marketing materials should find it a solid offering from the director, who already has several other projects in the pipeline.

Nessun Dorma is available from YesAsia.